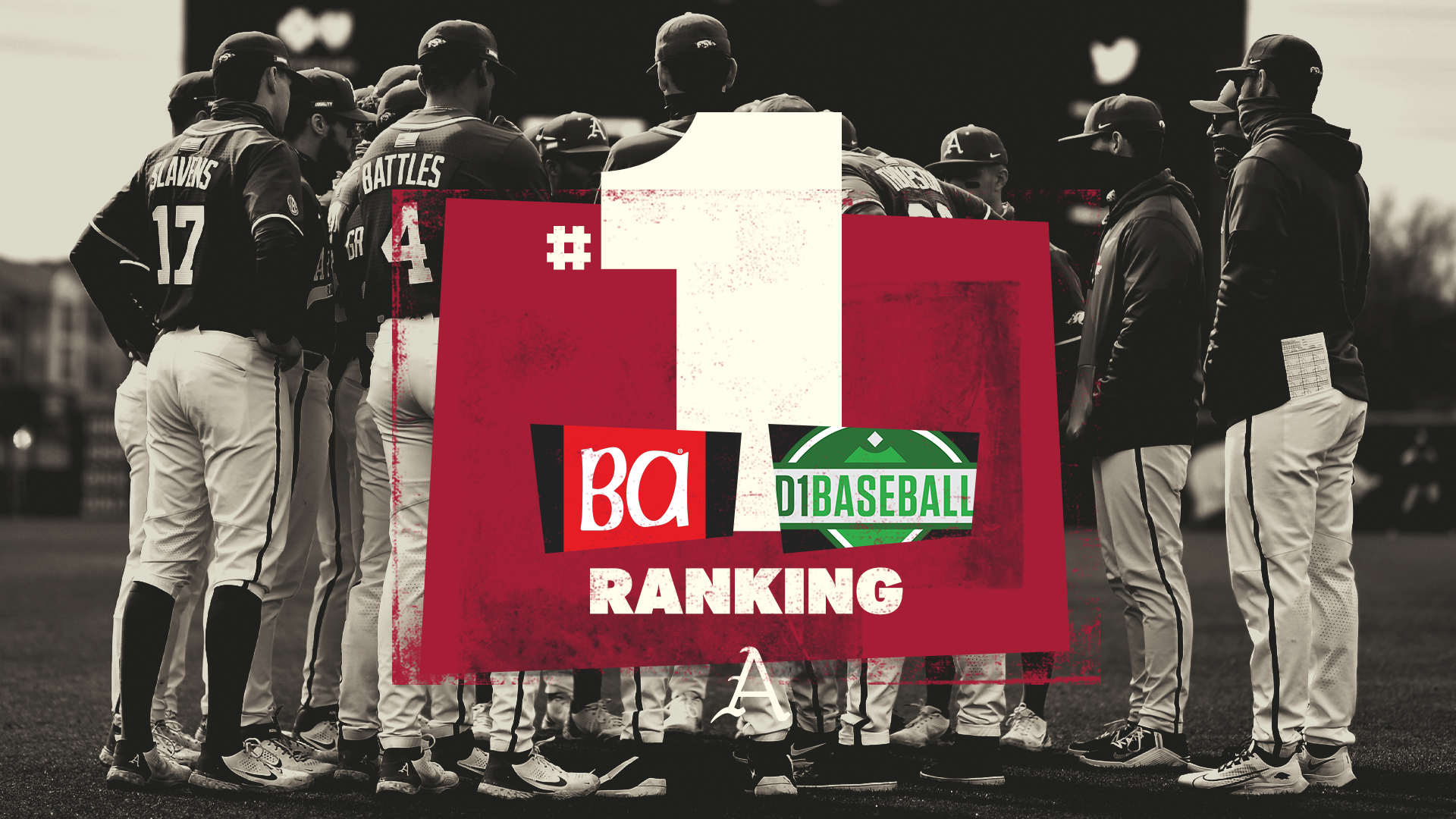 FAYETTEVILLE, Ark. – There’s a new No. 1 team in college baseball, and it is the Arkansas Razorbacks.

Arkansas started the week with a 4-1 win against then-No. 10 TCU on Monday at the State Farm College Baseball Showdown in Arlington, Texas, before returning home to the friendly confines of Baum-Walker Stadium and sweeping Southeast Missouri State in a four-game set.

Arkansas is now a perfect 7-0 on the season. The Razorbacks, previously the second-ranked team in the nation, have knocked off three top-10 opponents through the early going of the 2021 campaign, also defeating then-No. 3 Texas Tech and then-No. 9 Texas at the State Farm College Showdown.

The Hogs will take their undefeated record into next weekend’s series against Murray State. The Racers come to town for a three-game set, which gets started at 3 p.m. Friday, March 5, at Baum-Walker Stadium.