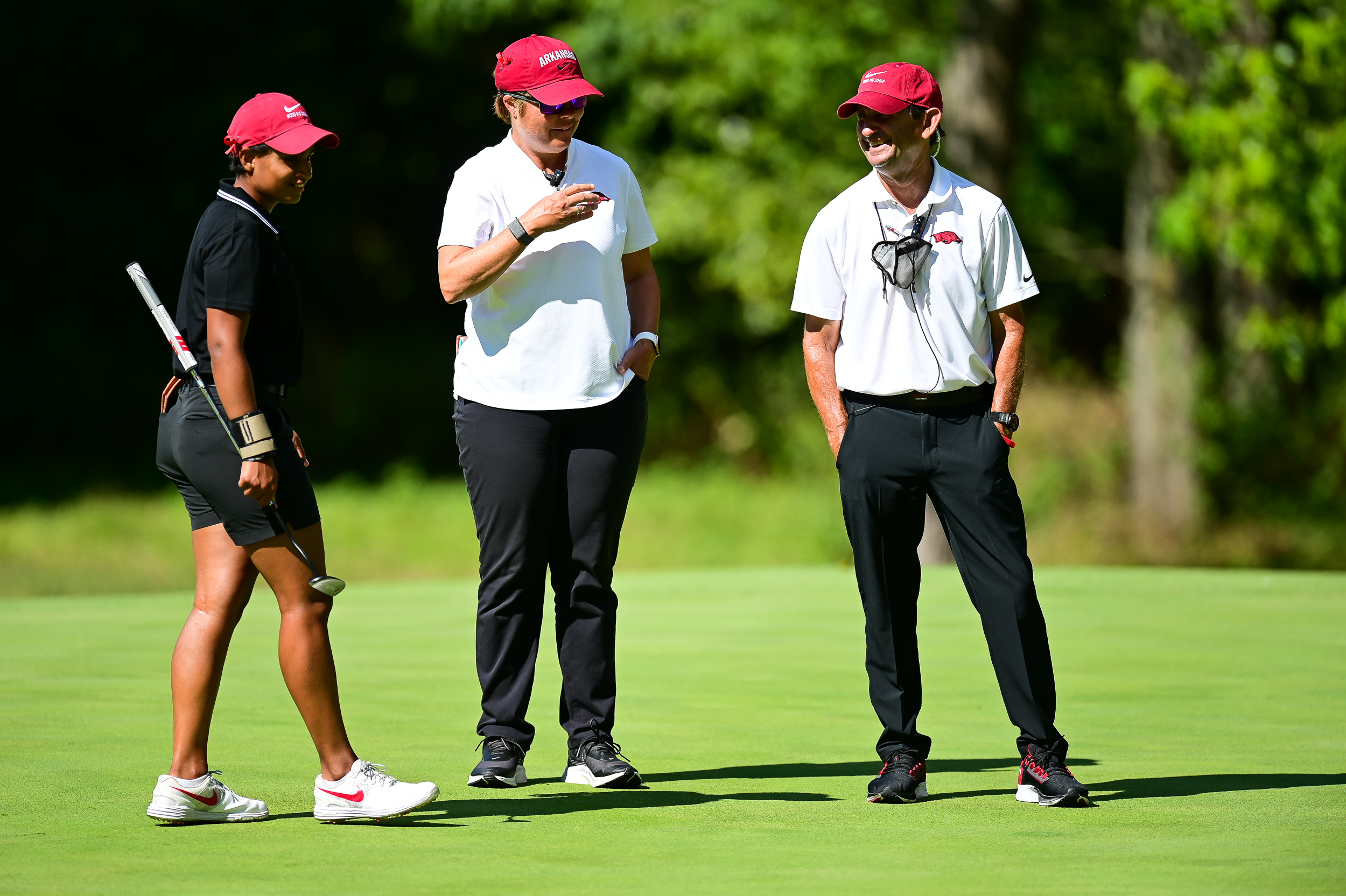 Razorbacks Sit In Second Following Round One

FAYETTEVILLE, Ark. – No. 1 Arkansas Women’s Golf finished round one at the 2021 Blessings Collegiate Invitational in second place (294, +6), trailing UCLA, who leads the event at one-over. It’s also a Bruin and Hog atop the individual leaderboard – Alessia Nobilio of UCLA leads the event at three-under, while Brooke Matthews, the defending BCI champion, is tied for second at one-under.

Matthews, who as previously mentioned is two strokes off the lead, started the day hot. She birdied three of her first six holes, but then bogeyed three of her next 11. Matthews finished the day strong, getting one back on 18, to finish the day with a 71. The redshirt senior, and top ranked golfer in the nation currently, has yet to fire a round over par on the young season.

Nipping at Matthews’ heels was Cory Lopez, who fired a 72 on day one of the BCI. Lopez, who had success at the BCI last season, is near the top of the leaderboard once again in this year’s edition. The sophomore played a clean front nine, firing a birdie on hole four, while tallying no bogeys. On the back, Lopez carded birdies on 12 and 15, but bogeyed 10, 17 and 18.

Fellow sophomore Miriam Ayora joins Lopez and Matthews in the top 15, as she checked in at 11th after 18 holes of play. Ayora, who is making her BCI debut, matched Matthews for the most birdies by a Hog on day one, tallying four of them, including a clutch one on 18 to get a stroke back for Shauna Taylor’s Hogs.

Junior Kajal Mistry finished the first round tied for 18th, firing a first round 76. Mistry collected birdies on both two and ten, but bogeyed three times on the front and the back, all three coming in back-to-back-to-back fashion. Julia Gregg, another junior for the Hogs, finished day one tied for 34th, firing a 79 over her first 18 holes.