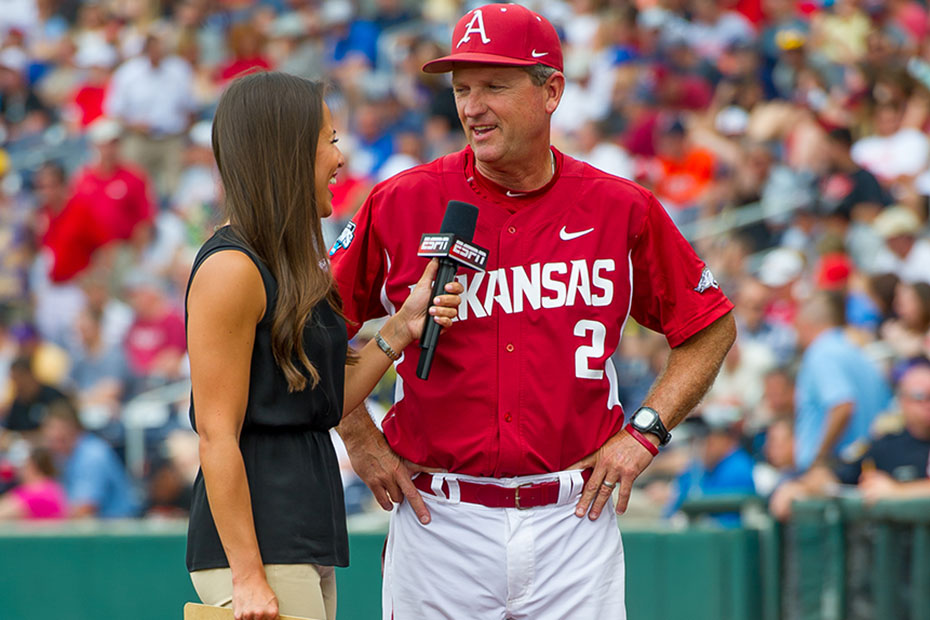 The Razorbacks will be featured seven times on SEC Network, three times on ESPNU and once on ESPN2.

More than 90 Southeastern Conference baseball games have been slated to air across ESPN networks, including 75 on SEC Network. Coverage of the conference sport on national television has quadrupled since SEC Network launched last year.

The first chance to watch the Razorbacks on network television will be Friday, March 18, when they open SEC play at South Carolina at 6:30 p.m. The contest is part of SEC Network’s four-hour Bases Loaded special. The show will feature a live compilation of seven games – all 14 teams – taking place that evening across the southeast. Every Bases Load game is also available in its entirety, streaming live via SEC Network +.

This year’s schedule also includes five wildcard selections, allowing the network the opportunity to determine the best television matchup at a later date. The schedule closes out with SEC Network airing the entirety of the SEC Baseball Tournament, outside of the Championship game on ESPN2.

The #OmaHogs will begin their 2016 season on Feb. 19 at Baum Stadium against Central Michigan. Arkansas will open with 16 of its first 19 at Baum Stadium. Season tickets, mini-plans and single-game tickets are available at ArkansasRazorbacks.com or by calling the Razorback Ticket Office at 1-800-982-HOGS.