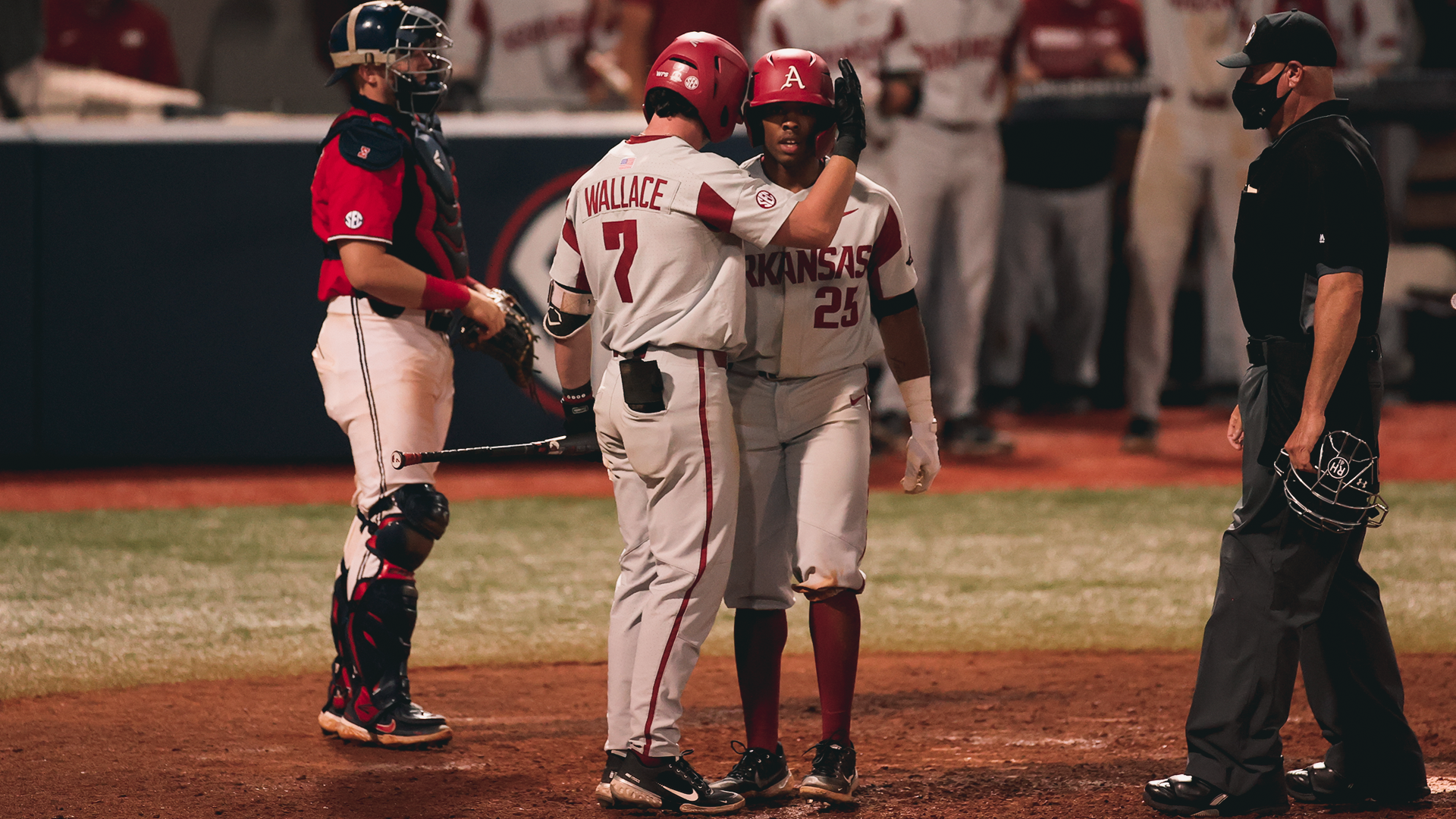 OXFORD, Miss. – There was seven hours of baseball played on Saturday at Swayze Field.

Forced to take on Ole Miss in a series-opening doubleheader due to yesterday’s weather-related postponement, Arkansas snagged a 7-3 win in game one before falling, 13-6, in Saturday’s nightcap. The Razorbacks move to 25-5 overall on the year, including 8-3 in SEC play, with the two-game split.

The Hogs, Baseball America’s No. 1 team in the country, will go for the series win against the Rebels, the publication’s No. 3 team, at 1:30 p.m. tomorrow. Arkansas last won a series in Oxford during the 2010 campaign.

The Comeback Kids made an appearance to start the day, falling behind by three runs early before mounting yet another rally late in the ballgame.

Starter Patrick Wicklander lasted four innings, striking out seven while allowing three runs on six hits and four walks. Arkansas trailed by three when he departed the game, and the Hog bullpen kept it that way.

Their dominance allowed the Razorback bats to piece together a comeback rally starting in the sixth. Arkansas scored seven unanswered runs across three innings, tacking on three in the sixth and two more in both the seventh and eighth.

Matt Goodheart (three hits), Cayden Wallace (two RBI) and Christian Franklin (two RBI) powered the come-from-behind effort. The Razorbacks took the lead on a run-scoring, bases-loaded walk in the seventh before Wallace put the game away for good with his two-RBI double in the eighth.

Kopps, who closed out the final three innings of the ballgame, earned his fourth save of the season in the 7-3 win.

After overcoming a multiple-run deficit earlier in the day, Arkansas could not do it again in the nightcap.

Ole Miss jumped out to a 5-0 lead after three innings and never lost the advantage. The Razorbacks narrowed their deficit to two runs on two occasions but would not get any closer than that.

The Hog offense tallied 12 hits in the 13-6 loss, including two base knocks by both Robert Moore and Jalen Battles. Franklin, meanwhile, hammered his eighth homer of the year in the setback.

Starter Peyton Pallette struck out five in four innings, but the Rebels tagged the Razorback righty for seven runs before getting to reliever Kole Ramage for six more. Zack Morris and Elijah Trest each tossed a scoreless inning out of the bullpen.