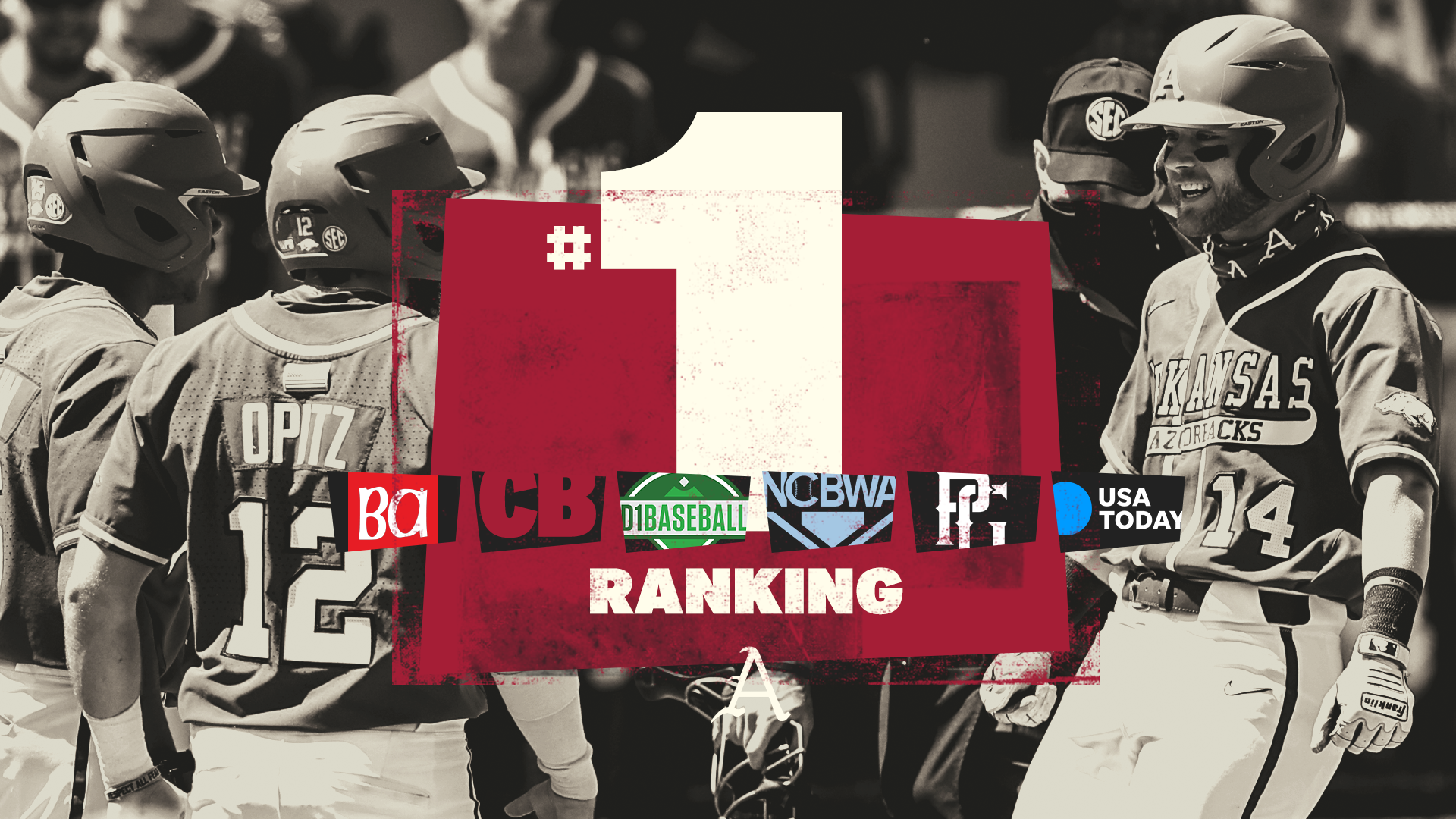 Razorbacks Stand Tall as Undisputed No. 1

FAYETTEVILLE, Ark. – The college baseball community agrees that Arkansas is the No. 1 team in the country.

It is the third time that Arkansas is the undisputed No. 1 squad this year as well as the seventh consecutive week that the Hogs maintain the No. 1 spot in at least one of the six.

The Hogs, 26-5 overall on the season, are in sole possession of first place in the SEC West with a 9-3 mark in conference play. Arkansas stormed through Ole Miss over the weekend, taking two of three games against the Rebels to earn a series win in Oxford for the first time since the 2010 campaign.

Arkansas is back in Fayetteville this week to begin a six-game homestand at Baum-Walker Stadium. The action gets underway against UA Pine Bluff at 6:30 p.m. Tuesday, April 13.