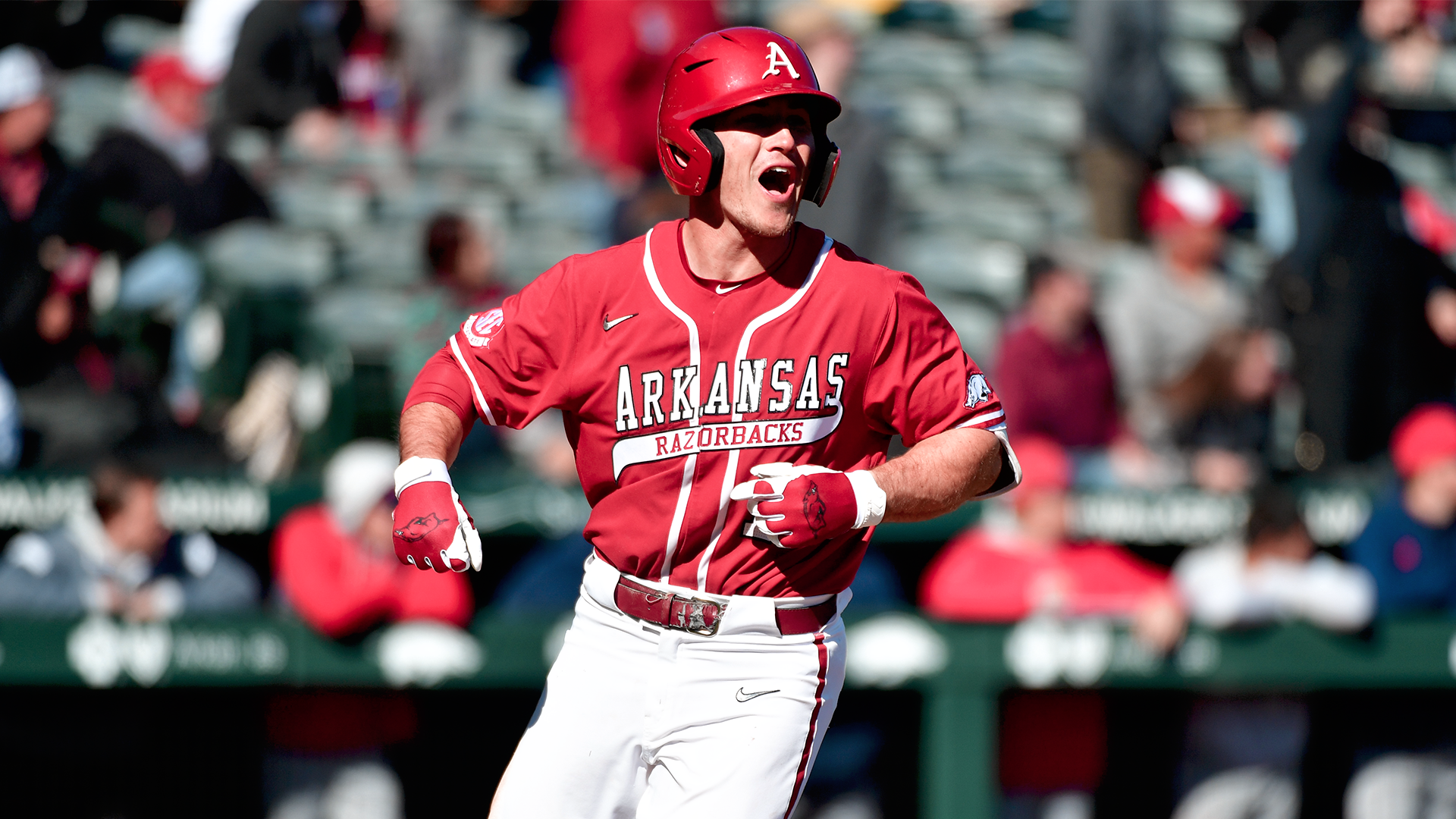 Four round trippers, including a grand slam by Cayden Wallace, powered No. 3 Arkansas (10-3) to a 10-1 win against UIC (4-8) on Saturday afternoon at Baum-Walker Stadium.

The Razorbacks clinched their third weekend series of the season in Saturday’s win. Arkansas will go for the four-game sweep of UIC at 12:30 p.m. tomorrow on SEC Network+.

Home runs by Wallace, Chris Lanzilli, Brady Slavens and Michael Turner accounted for nine of the Razorbacks’ 10 runs scored on the afternoon. Lanzilli hit a three-run tater, his first as a Razorback, in the third inning to give Arkansas an early 3-0 lead.

Slavens stepped into the batter’s box immediately after him and poked an 0-1 pitch over the wall in left, extending the Hogs’ lead to four with his back-to-back jack. Wallace’s second career grand slam in the sixth gave Arkansas a comfortable 9-1 cushion.

Turner tacked on another run with his third blast of the season in the sixth. The graduate transfer from Kent State went 4-for-4 with two RBI and a walk on the day, raising his batting average to a team-leading .419.

Hagen Smith, meanwhile, started on the mound and turned in five strong innings of one-run ball. The true freshman struck out eight, one shy of his career high, while giving up four hits and issuing three walks.