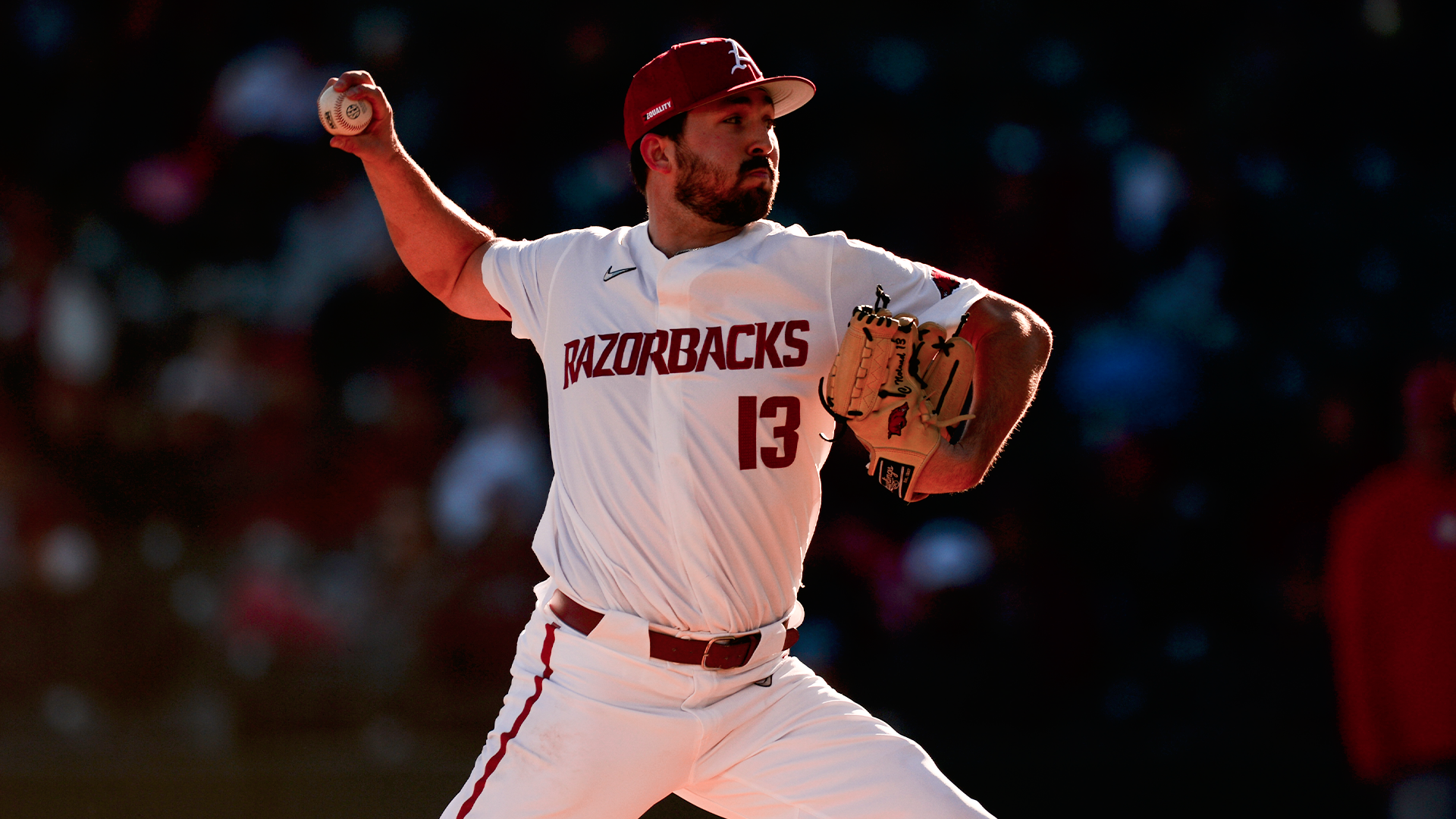 Razorbacks Tripped Up by Redbirds in Season Opener

FAYETTEVILLE, Ark. – For the first time since 1981, the opponent won on Opening Day in Fayetteville.

No. 2 Arkansas was tripped up by Illinois State, 3-2, on Friday afternoon at Baum-Walker Stadium, snapping the Razorbacks’ streak of 27 consecutive season openers without a loss.

Before Friday, Arkansas had not lost a season opener played in Fayetteville since falling to Oklahoma State, 5-4, in 11 innings on Feb. 21, 1981, at George Cole Field.

Connor Noland started for the Razorbacks, pitching 5.0 innings of two-run ball with five strikeouts in his first start in nearly two years. Illinois State tagged the Greenwood, Ark., native for two runs in the top of the first inning, but Noland silenced the Redbirds after that.

Arkansas faced a two-run deficit until the bottom of the fifth inning. Shortstop Jalen Battles and outfielder Zack Gregory each socked solo home runs in the frame to tie the ballgame at two apiece.

Kole Ramage was the first man out of the Razorbacks’ bullpen, relieving Noland to start the top of sixth. Illinois State tacked on a run in the top of the seventh, stringing together a two-out rally with a single followed by a run-scoring double.

After designated hitter Chris Lanzilli’s leadoff single to start the bottom half of the seventh, Illinois State’s pitching staff retired the final nine Arkansas hitters to close out the ballgame.

The Razorbacks will look to pick up their first win of the young season in game two of the series tomorrow. First pitch is noon Saturday, Feb. 19, with Arkansas true freshman Hagen Smith set to make his collegiate debut on the mound.