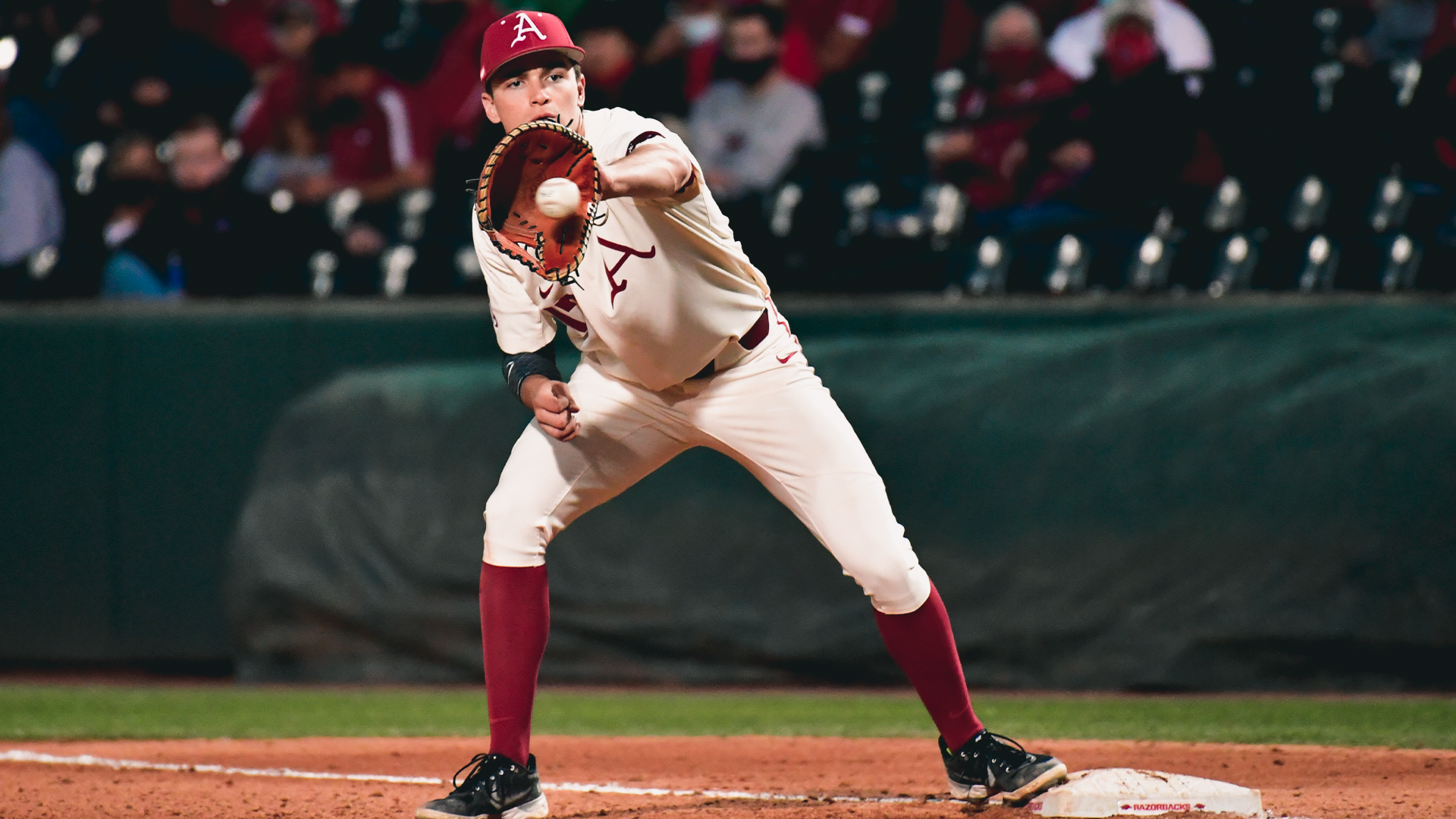 FAYETTEVILLE, Ark. – A three-hit, four-RBI day from first baseman Brady Slavens was not enough to power the top-ranked Hogs to a win.

Oklahoma used a five-run third inning to bury No. 1 Arkansas, running away with an 8-5 victory on Tuesday night at Baum-Walker Stadium. The Razorbacks are now 12-2 on the season following the loss.

The Hogs’ two-run lead would hold up until the top of the third inning. The Sooners scored all five of their runs, including a two-run homer to left, with two outs to break the game open.

Oklahoma’s three-run lead grew to four in the top of the fourth and six in the top of the sixth before the Razorbacks could respond. Slavens ripped a two-run homer to right field in the bottom half of the inning, cutting the deficit to four with his second hit of the day and fifth home run of the season.

Down 8-4 in the eighth, the Hogs received a spark from Robert Moore. The second baseman launched a leadoff home run to right field to make it a three-run ballgame.

The momentum from Moore’s tater carried into the ninth. The Razorbacks put two men on base, including Slavens on his third hit of the day, to start the inning and bring the game-tying run to the plate.

The next three hitters, however, would go down swinging and strand both base runners as the Hogs fell, 8-5.

Razorback pitchers struck out 10 on the night, led by right-hander Ryan Costeiu’s two strikeouts in 1.2 scoreless innings. Freshman Jaxon Wiggins also emerged from the bullpen and struck out one in his 0.2 innings of work, touching 100 mph on the stadium’s radar gun.

Arkansas opens SEC play this weekend at Baum-Walker Stadium. Alabama comes to town for a three-game series, which is set to begin at 6:30 p.m. Friday, March 19.