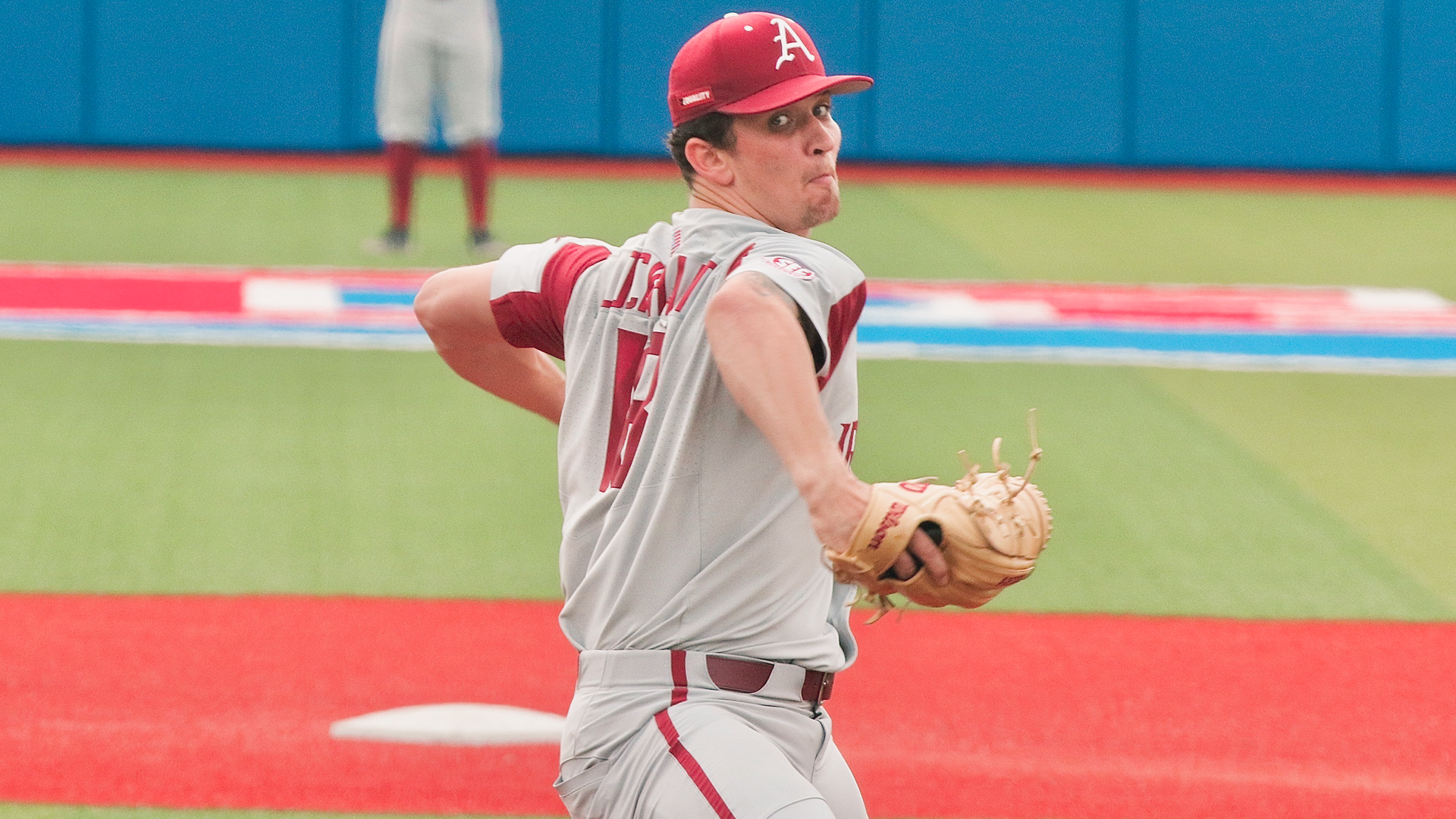 No. 1 Arkansas’ winning streak ended on Sunday as the Hogs were silenced, 2-0, by Louisiana Tech in the series finale at J.C. Love Field at Pat Patterson Park. The Razorbacks, winners of their first 12 games to start the year, had won 16 straight dating back to the final four contests of the pandemic-shortened 2020 season.

Starter Lael Lockhart turned in a strong effort, striking out three in five innings of work. He held the Bulldogs scoreless through his first four frames before allowing two runs on soft contact in the fifth.

Right-handers Caleb Bolden and Blake Adams combined for three scoreless innings of the work out of the bullpen. Adams struck out two in his two frames of action.

The Razorback bats, meanwhile, could not get it going. Arkansas scratched out two hits against LA Tech starter Jarret Whorff, including catcher Casey Opitz’s second-inning single.

The base knock extended Opitz’s hitting streak to a team-leading 11 consecutive games.

Arkansas’ best threat came in the top of the ninth. Outfielder Christian Franklin was hit by a 3-0 pitch before designated hitter Matt Goodheart drew a six-pitch walk, putting two on with one out.

It was not meant to be, though. Whorff retired the next two Hog batters to finish off his 10-strikeout complete game and secure the win.

Arkansas faces a quick turnaround, hosting Oklahoma on Tuesday night at Baum-Walker Stadium. First pitch against the Sooners is set for 5 p.m.