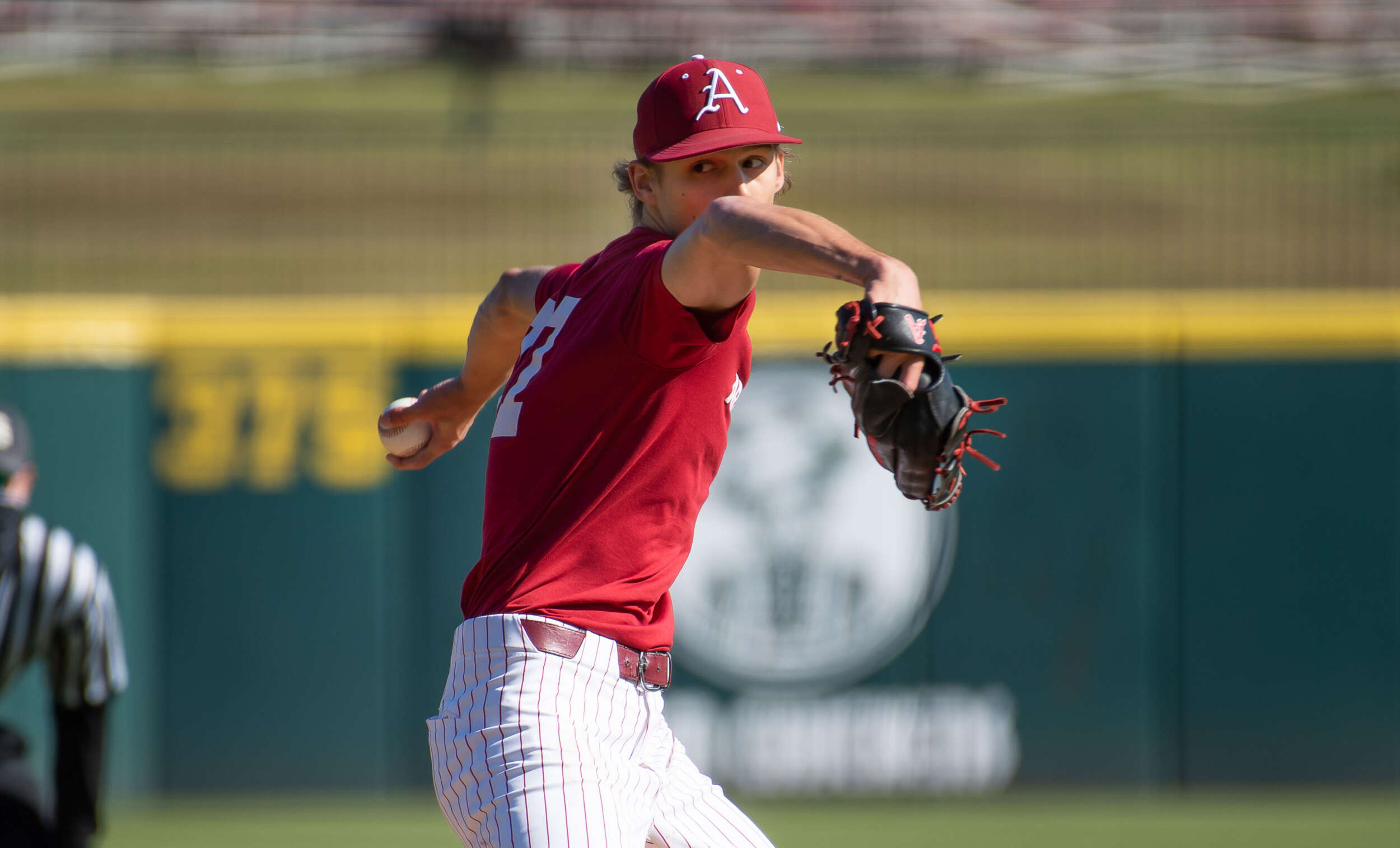 FAYETTEVILLE – The Red Team received a strong pitching performance from starter Caden Monke and its offense scored six early runs to claim a 7-0 victory over the Black team Saturday afternoon at Baum-Walker Stadium. With the win, the Red team wins Arkansas’ Fall Series, 4-2.

Monke only allowed two hits – the first two batters in the home half of the first inning – and cruised the rest of the way before exiting with two on and two out in the bottom of the fourth. The sophomore only walked one and struck out eight of the 14 batters he faced.

A trio of Red team pitchers was just as dominant to close out the game. Evan Gray struck out three of the four batters he faced in 1.1 innings, Ryan Costeiu struck out two in an inning and Zebulon Vermillion worked a 1-2-3 seventh with a strikeout.

Red’s offense was led by Casey Opitz, who collected three hits and two RBi with a run scored. Brady Slavens added two hits and Braydon Webb had two RBI, thanks to a two-run home run.

The Red jumped out to a 2-0 lead in the top of the second. Opitz had a leadoff single and Zack Gregory followed with a single. An error on the play allowed Opitz to score from first base and put Gregory on second. Zac White made it three straight hits and drove in Gregory for the two-run advantage.

The Red squad added four runs in the third inning. Robert Moore started the frame with a single and, two batters later, scored on a two-run blast over the left-field wall by Webb. Matt Goodheart and Slavens followed with singles. Opitz then lined a double down the third-base line to score both runners and give his team a 6-0 lead.

In the top of the sixth, Robert Moore delivered a sacrifice fly to score Michael Brooks to cap the scoring.

With Red clinching the series Saturday, game seven of the series – originally scheduled for Sunday – will not be played.