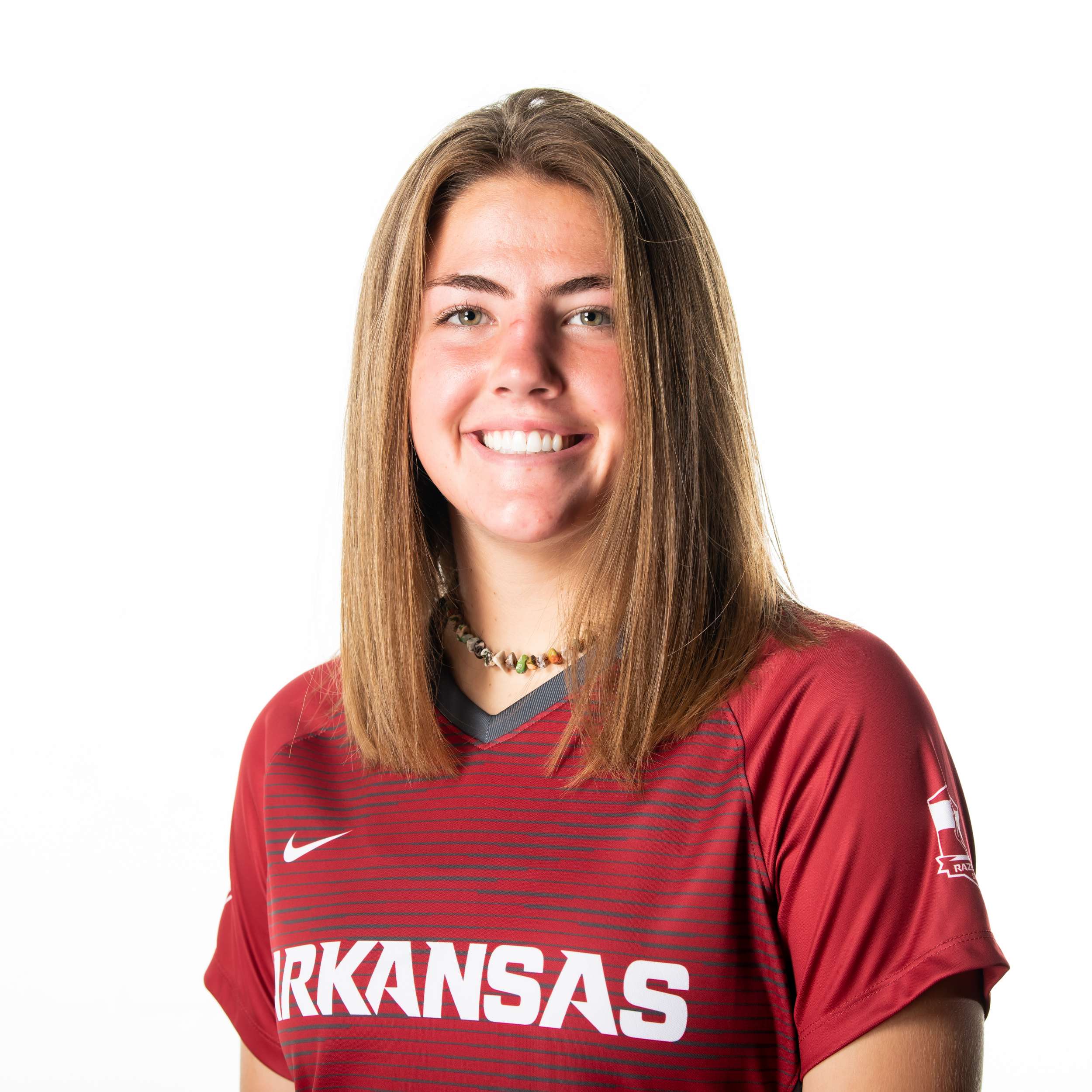 As a Freshman (2019)
Made a start in 14 of 23 matches in her freshman campaign … Dished out four assists, including two in Arkansas’ 7-0 win over Lamar on Sept. 5 … Started in back-to-back postseason matches against South Carolina in the SEC Championship (Nov. 10) and North Texas (Nov. 15) in the first round of the NCAA Tournament … Had 13 shots on the season with three finding the frame.

Club
Member of TSC Hurricane ECNL club team … Ranked in IMG Top 150 as the No. 55 player in the nation, the No. 9 player among defenders and the top-ranked player in the South region for the 2020 recruiting class, according to Top Drawer Soccer … Participated in 2018 ECNL/ID National Training Camp, ECNL Integrated National Training Camp and ECNL PDP Roster … Named to 2017-18 ECNL All-Texas Conference team for the U17 age group.