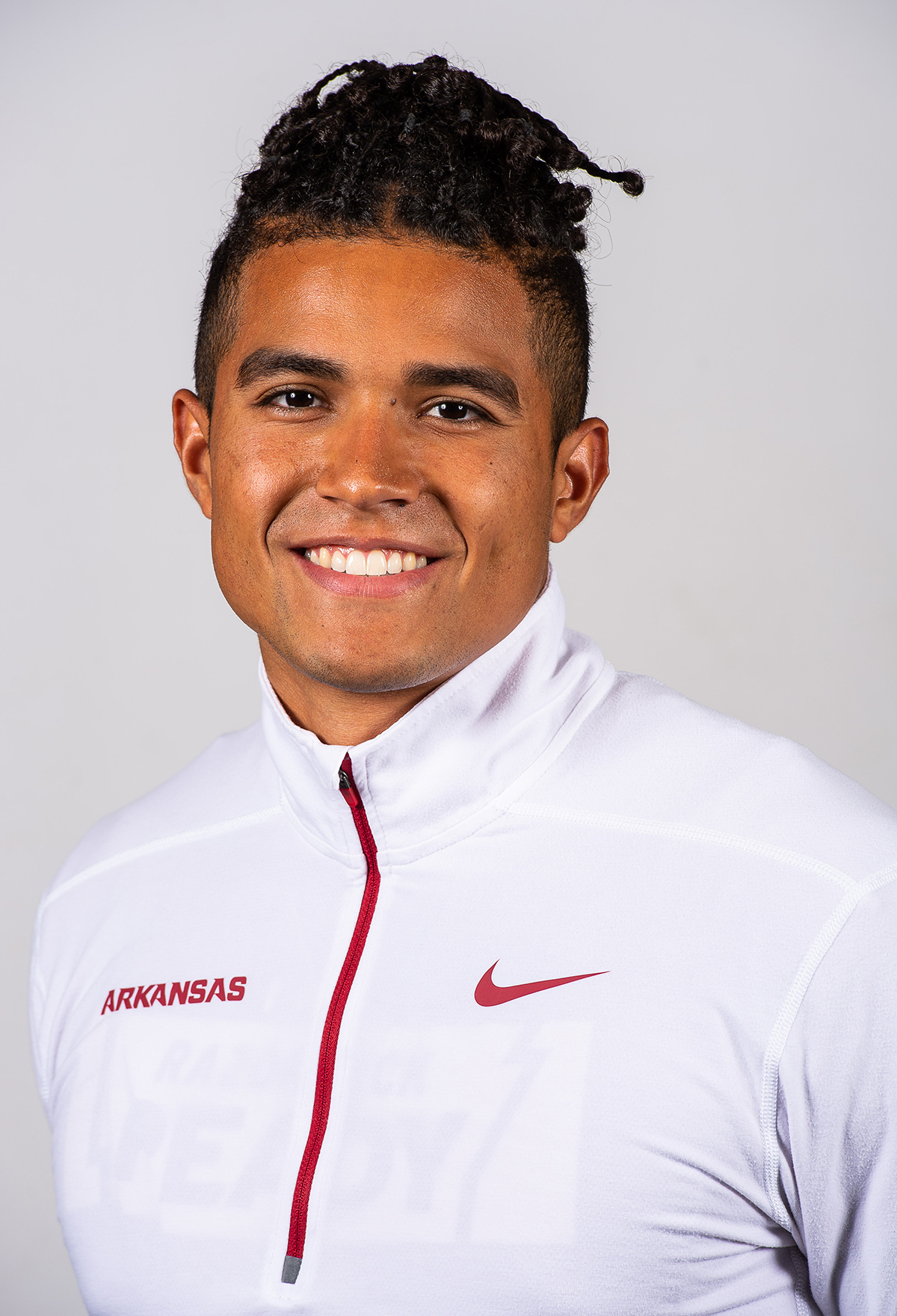 PERSONAL
Ayden Marcus Owens-Delerme was born May 28, 2000 in Pittsburgh, Pennsylvania … Son of Michael and Carmen Owens … Father played basketball at University of Virginia … Has seven siblings – Keenan, Quintin, Stanley, Melina, Makena, Kensley, and Gavin … Majoring in Master of Business Administration … Career plans include being a professional athlete, then athletic director … Life’s ambition is to make it to heaven … Favorite athlete is Muhammad Ali, and person he most admires is Jesus … Hobbies include reading often, and doesn’t play video games or watch tv … Chose Arkansas for the combination of athletic and academic excellence in the fields of his interest: the decathlon and business.