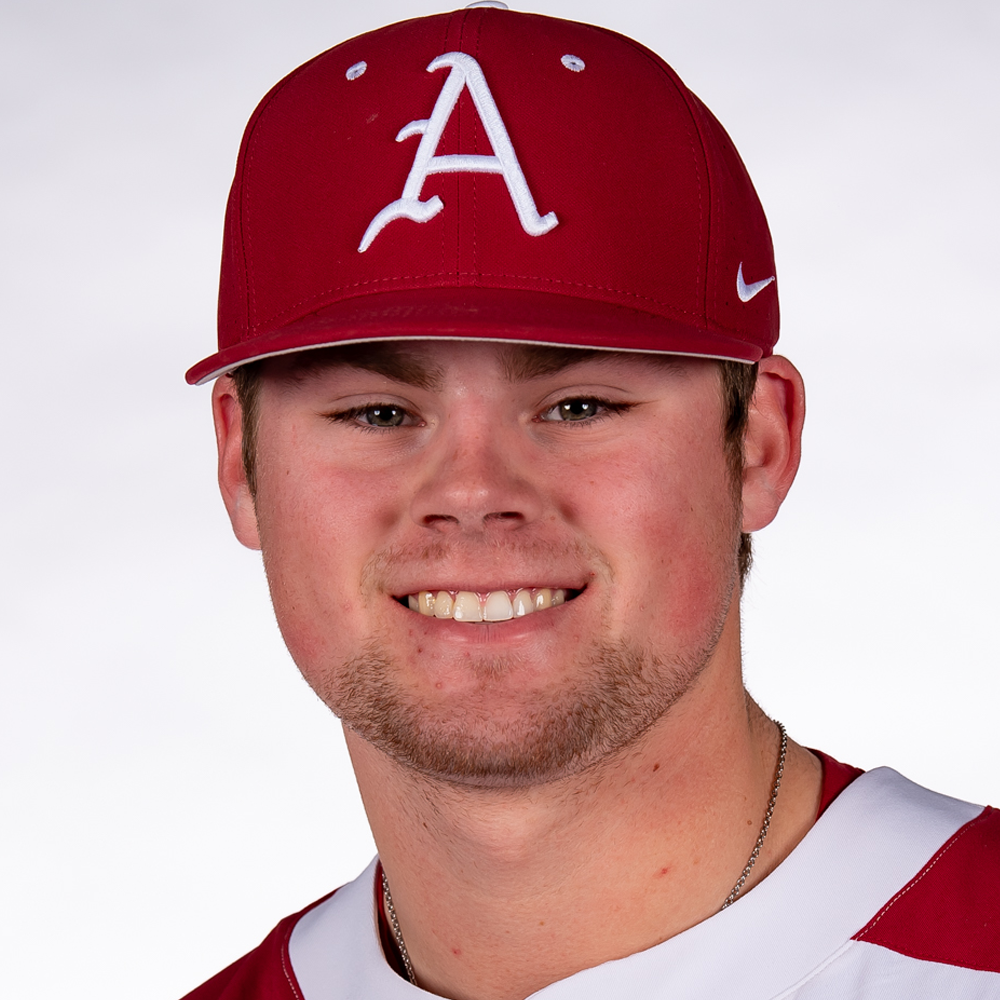 As a Freshman (2020)
Started two games and made two appearances in relief as a freshman in 2020 … Allowed seven runs on 10 hits and five walks, striking out six over 6.1 innings of work … Started the series finale against Eastern Illinois (2/16) … Pitched 3.0 innings, allowing two runs on six hits and a walk … Struck out two batters … Tossed a 1-2-3 opening frame, striking out the first hitter he faced … Induced a pop up and 6-4-3 double play in the second & third innings to limit the runs allowed to one in each frame … Appeared in relief in the fifth inning against Gonzaga on Feb. 23, giving up three runs on two hits and a walk … Started Arkansas’ first midweek game of the year against Illinois State on March 3 … Lasted 2.0+ innings, allowing two runs on two hits, walking three and striking out two … Matched the highest number of walks by a Razorback pitcher this year … Finished Arkansas’ 15-2 win over South Alabama on March 7 … Retired all three batters he faced, striking out one batter … Part of a pitching staff that finished with a 3.68 ERA and 143 strikeouts over 142.0 innings of work.

Springdale Har-Ber High School
Ranked No. 65 player in the nation and No. 1 player in the state of Arkansas according to Perfect Game … Played in the Perfect Game 17U World Series in July with the Sticks Baseball Academy and was named to the All-Tournament Team … Also pitched in the 17U WWBA National Championship last summer … Took part in the Team USA Under 18 National Team Trials … Led Springdale Har-Ber to an Arkansas Class 7A state title as a junior, throwing a complete game shutout in the title game victory over Conway … Named the 2018 state tournament MVP … Named to 2017-18 First Team All-USA Arkansas Baseball … Completed his junior season with a 7-2 record and a 2.05 ERA and also hit .411 with eight home runs and 42 RBIs … Enters his senior season with a 16-6 career record with a 1.62 ERA … Named All-State in 2018 … Played under head coach Ron Bradley at Springdale Har-Ber.