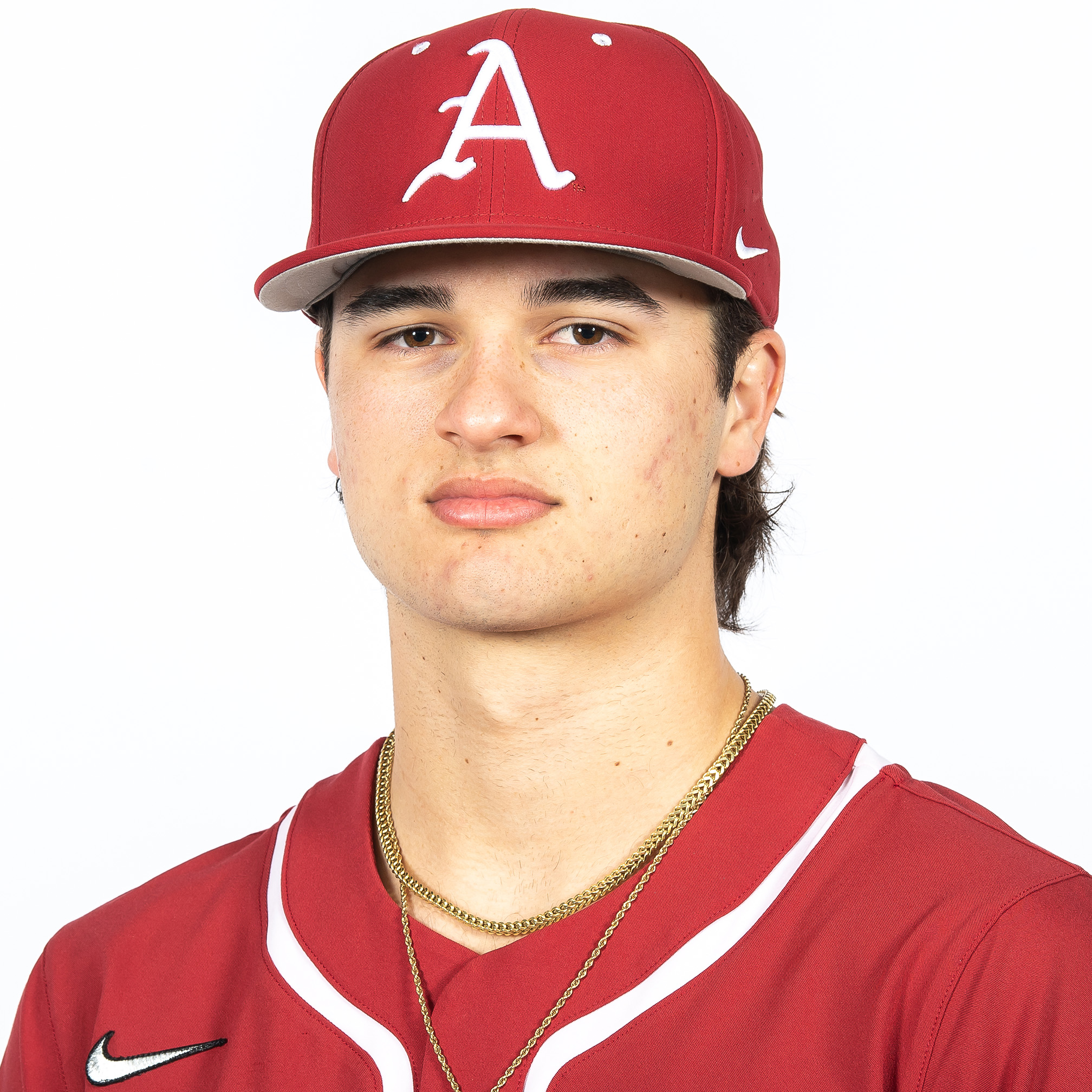 Emerged as the Razorbacks’ relief ace as a true freshman … Made 24 relief appearances on the mound, posting a 3-4 record with a 3.82 ERA in 37.2 innings … Tallied a team-leading eight saves, including six multi-inning saves … Struck out 51 while limiting opposing hitters to a .212 batting average … Allowed 17 runs (16 earned) on 28 hits and 21 walks … Dominant in SEC play, logging a 1.91 ERA and seven saves in 28.1 innings … Struck out 40 on the year, racking up multiple strikeouts in 13 of his 24 relief appearances … Limited SEC hitters to a .160 batting average … Allowed seven runs (six earned) on 15 hits and 15 walks … Made his collegiate debut against Omaha (March 2), fanning a pair in a scoreless frame of work … Earned his first collegiate save in game one of a doubleheader against Southeastern (March 5) … SEC debut came against Kentucky (March 20), twirling two scoreless innings for his second save … Punched out five in two innings of scoreless relief at Mizzou (March 25) to earn his third save of the season … Racked up a season-high seven strikeouts in a season-long 3.2 innings out of the bullpen against Mississippi State (April 3) … Named the SEC Freshman of the Week after tossing five scoreless innings of relief with seven strikeouts and one save across two games against Ole Miss (April 30-May 1) … Secured his eight save of the year at Alabama (May 19), tossing 1.2 scoreless innings with two strikeouts … Made four appearances in the NCAA Tournament, throwing a scoreless inning of relief at No. 11 UNC (June 12) in the NCAA Chapel Hill Super Regional … Named a Freshman All-American by Collegiate Baseball Newspaper, National Collegiate Baseball Writers Association and Perfect Game at the year’s end … Landed on the Freshman All-SEC Team … Earned an invite to the USA Baseball Collegiate National Team Training Camp following the season … Member of an Arkansas pitching staff that set a new school record with 674 strikeouts in 2022.

High School
Attended Lewisburg High School in Olive Branch, Miss. … The best right-handed pitcher and second-best overall prospect in the state of Mississippi, according to Perfect Game … Nationally tabbed as the No. 27 right-hander and 82nd overall recruit on Perfect Game’s lists … Baseball America ranked him as the No. 99 overall prospect in the nation … The No. 9 third baseman in the nation and 113th overall, according to Prep Baseball Report … Tagged as the second-best third baseman and fifth overall player in Mississippi by PBR … Picked to play in the Perfect Game 2020 National Showcase … 2020 PG Preseason Underclassmen All American Team – Southeast Region Honorable Mention … 2019 PG Preseason Underclassmen All American Team High Honorable Mention.