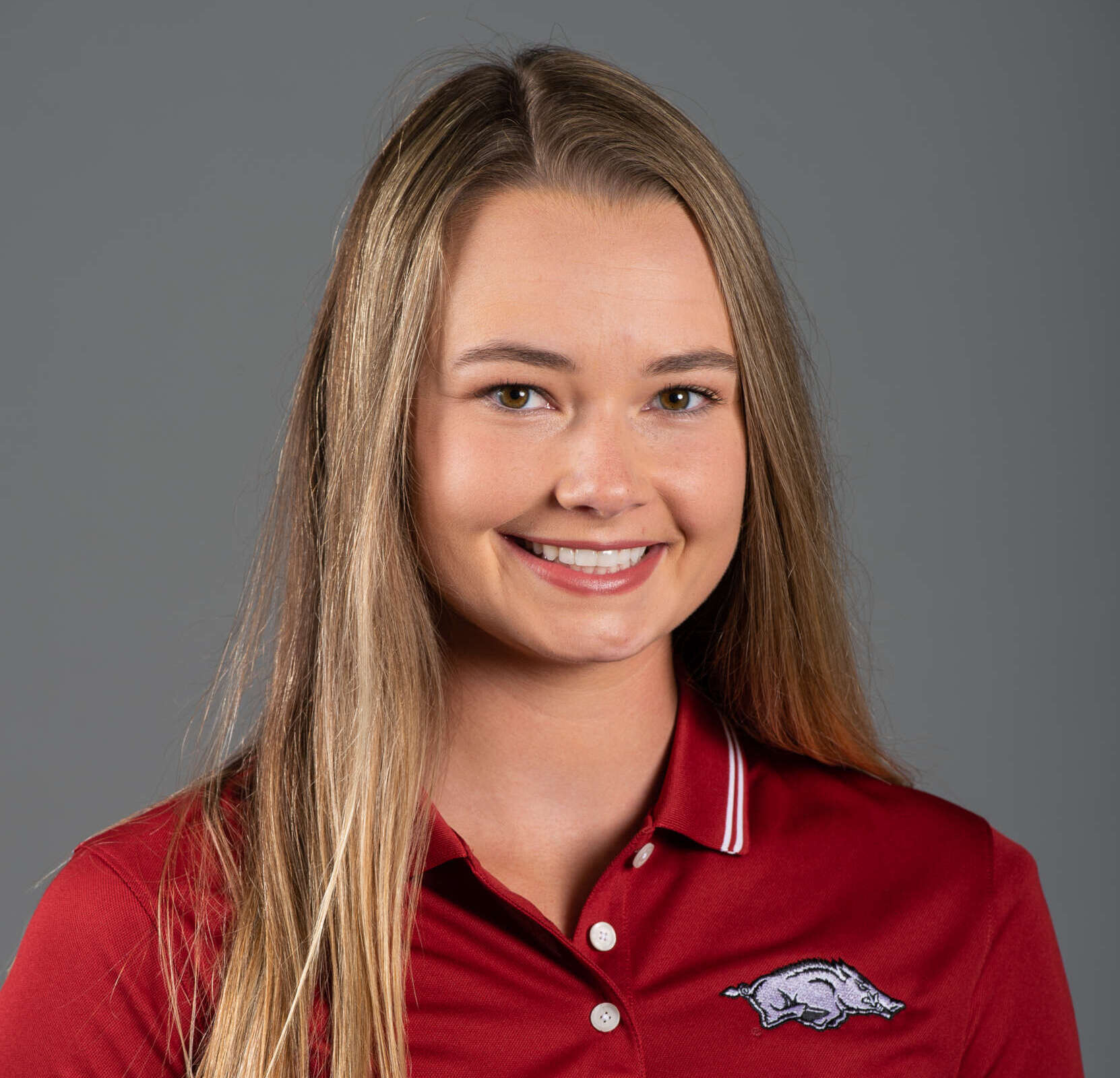 AS A REDSHIRT JUNIOR (2020-21)
Played in all 10 Arkansas events during her redshirt junior season … Finished the season as one of just eight First Teamers named by the SEC’s coaches … Became the first First-Teamer for Head Coach Shauna Taylor since the trio of Maria Fassi, Dylan Kim and Kaylee Benton were named to the first team back in 2019 … Finished her redshirt junior season with four top-10 finishes, two runner-up finishes, and a historic win at the inaugural Blessings Collegiate Invitational … Matthews’ 72.46 stroke average during the 2020-21 season represents the ninth-best average in program history … Made waves at the LPGA’s Northwest Arkansas Championship, finishing in the top-50 amongst a field of professionals … Tallied a top-30 finish at the Augusta National Women’s Amateur … Recieved an invitation to represent Team USA in the Arnold Palmer Cup this summer … Her 16 par-or-better rounds and her four events under par also led the Hogs this season.

AS A REDSHIRT SOPHOMORE (2019-20)
Competed in all six events in the shortened season … registered three top-30 finishes … Carded her best three-round score in the 2019-20 season debut at the Cougar Classic, firing a 214, good for a share of 16th place … Finished tied for 23rd at the Ruth’s Chris, firing a 215 over three rounds … Finished 29th at the White Sands Invitational, courtesy of her three-round 219.

AS A REDSHIRT FRESHMAN (2018-19)
Golfweek All-American Honorable Mention … SEC All-Freshman Team … WGCA All-American Scholar … Earned co-medalist honors with a 68 in the single round of stroke play at the Liz Murphey … Won three matches at the Liz and a fourth at the SEC Championship … Earned SEC Golfer of the Week after the Liz.

PRIOR TO ARKANSAS
Began playing golf at the age of 12 and has been improving each year … Finished third in the 7A girls golf state tournament as a freshman … Won back-to-back state titles as a sophomore and junior … Multiple sport athlete at a young age … Picked up the clubs after careers in competitive gymnastics and softball … Grew up in Rogers, Arkansas … Swing coach, former Razorback Philip Walker from Back Nine Academy, was factor in Matthews’ thinking she would like to play at Arkansas … As a senior she picked up wins at the AWGA Match Play and ASGA Match Play Championships, the Arkansas Junior Amateur Championship and the AJGA Otter Creek Junior Championship …Four-time all-state selection and qualified for the U.S. Four-Ball Championship.