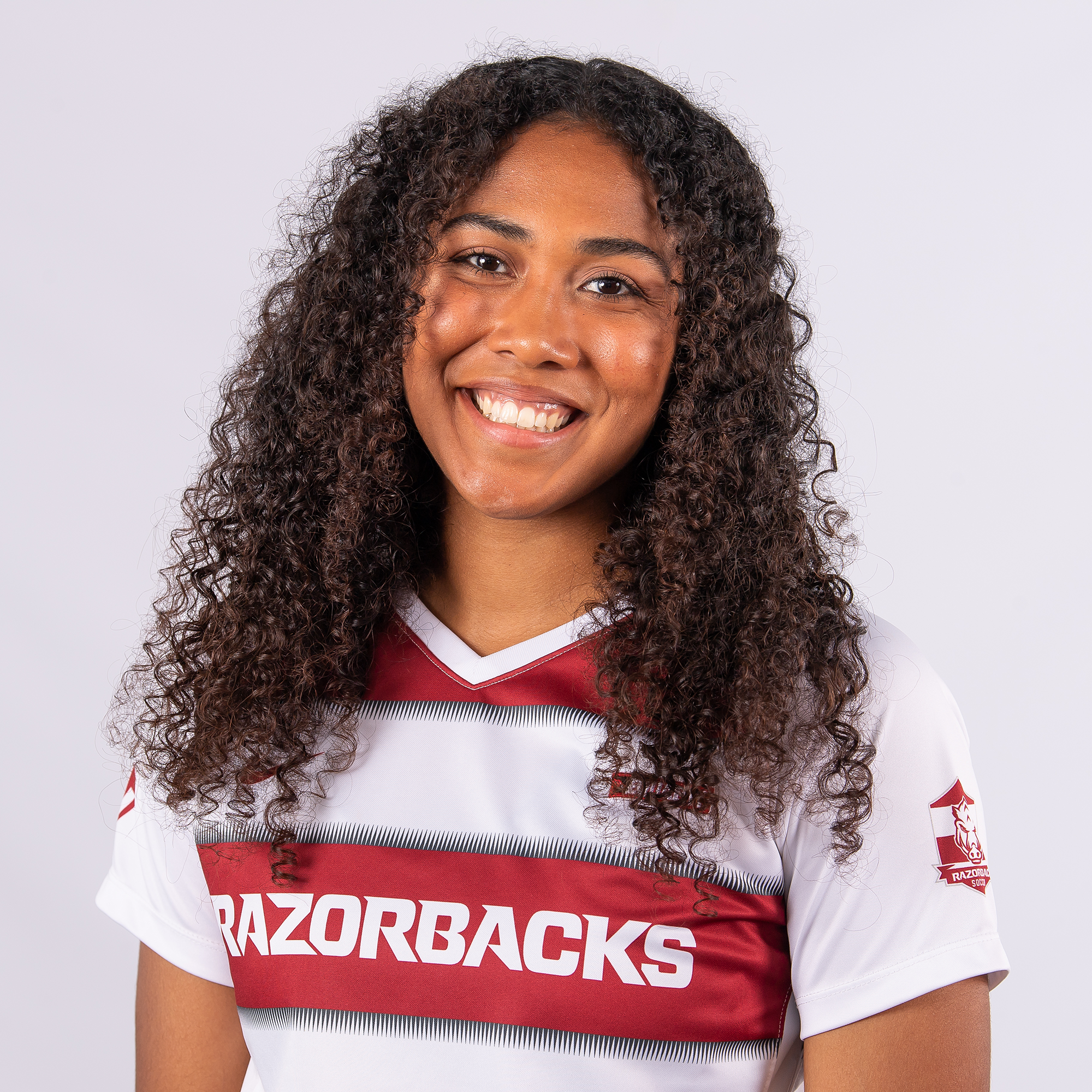 Started in all 24 games with 2,044 minutes to lead all field players for a third-straight season… Hit 20 shots on the season with 5 at LSU (Oct. 28)… Scored 2 goals with 1 assist… Played 90+ minutes in 17 games started… Named to the Fall SEC Honor Roll while majoring in Chemistry and Biochemistry… Made the SEC All Conference First Team… Named to the SEC Defensive Player of the Week twice (Sep. 17, Oct. 21)… Named SEC Scholar Athlete of the Year… Made the SEC Soccer Community Service Team for the second-straight year… Made the All Southeast Region First Team… Named to the Academic All-America Third Team… Made the Academic All-District VI First Team.

As a Junior (2020-21)
Led all field players with 1,416 minutes for the second-straight season… Started all 16 matches in the Fall and Spring… Put away a goal in the 13th-minute at Arkansas State (Mar. 20)… Dished out an assist to Ava Tankersley for her 71st-minute goal against Missouri State (Feb. 23) to open the spring slate of matches… Played in 90+ minutes in 13 of 16 games… Member of the SEC Fall Academic Honor Roll, majoring in Biochemistry… Named to the SEC Community Service Team.

As a Sophomore (2019)
Started in all 23 matches, logging 1,893 minutes on the season … Played the most minutes of any field player on the team … Named to the All-SEC Second Team and selected to the TopDrawerSoccer.com Team of the Week (9/17) … Tallied three goals and an assist playing as a defender … Matched her career total with a goal in the season-opener at UNC-Greensboro (8/22) … Had an assist and goal in back-to-back conference matches at No. 18 Texas A&M and Auburn … Scored off a set play to help the Razorbacks clinch the SEC title at Tennessee on Oct. 31 … Played in 90+ minutes in 10 matches.

As a Freshman (2018)
Played in the final 14 matches of the season after returning from an injury … Started two matches, both against SEC teams (at Ole Miss – Oct. 7; vs. Auburn – Oct. 21) … Played 420 minutes, scoring one goal on seven shots, three on target (.429) … Played 286 minutes in conference play with her only goal of the year coming as a game-winner against No. 2 Texas A&M (Sept. 20) in her collegiate debut … Hunter scored in the 75th minute to give Arkansas a 3-1 lead over the Aggies … It eventually led to Arkansas’ first win over Texas A&M since 1993, snapping a 25-match losing streak … Played 60 or more minutes twice with a career-high 66 minutes coming at Florida (Oct. 25) … Named to SEC First-Year Academic Honor Roll, majoring in Kinesiology: Exercise Science.

High School
Four-sport star at Hendrickson, playing soccer, volleyball, basketball and running track and field … Named Austin American Statesman All-Central Texas Player of the Year for the 2016-17 season … No. 3 player on the FAB 50 Top High School Athletes for 2016-17 … Named 13-6A All-District and All-Region First Team in 2017 … Named to State All-Tournament Team in 2017 … Scored the game-winning goal in Class 6A semifinal of 2017 UIL soccer championships … Eventually led team to Class 6A state title … Named academic all-district in 2015, 2016, and 2017.