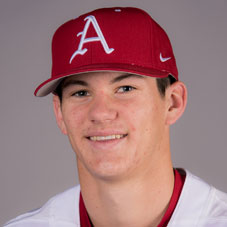 Barbers Hill High School
Ranked No. 104 in the nation and No. 9 in the state of Texas by Perfect Game … Batted .405 as a freshman and was named District 19-4A Newcomer of the Year and Second Team All-Greater Houston … Was named preseason All-Greater Houston as a sophomore and junior … Went on to hit .355 at the plate with 25 runs scored, 11 doubles, two triples, two home runs, 32 RBI and 10 stolen bases … Named All-District and First Team All-Houston after his junior season … Played in the Texas Scout Association All-Star Game last summer, going 1-for-3 at the plate with an RBI and also striking out three on the mound … Played in the 2016 Area Code Games and attended the 2016 Perfect Game National Showcase … Played for David Denny at Barbers Hill High School.