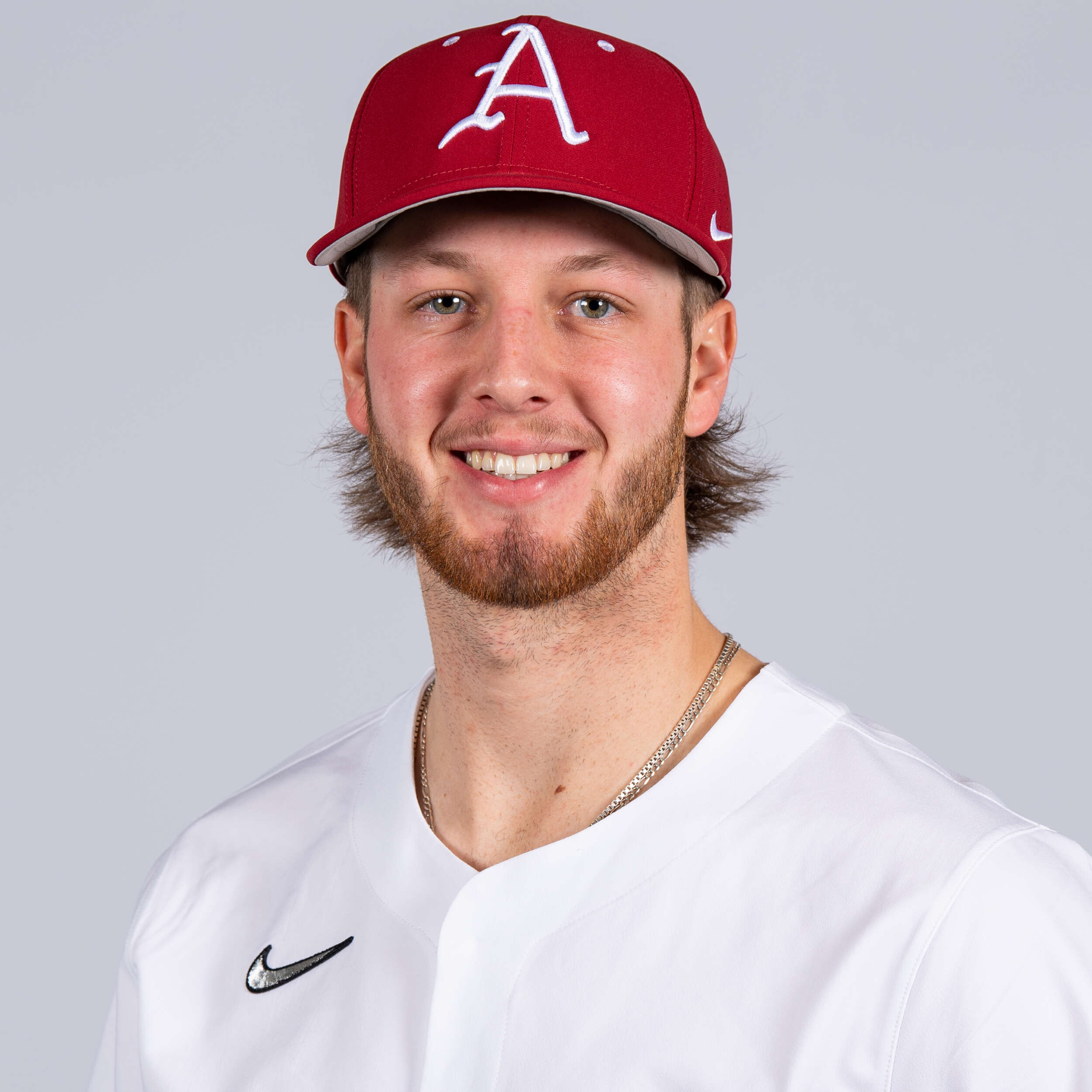 Redshirt Sophomore (2020)
Started two games and made two appearances in relief in 2020 … Put together a 1.12 ERA and a 1-0 record in his first year back from injury … Tossed 16.0 innings, allowing just two runs on 14 hits and three walks … Lowest ERA by a Razorback who started at least one game … Racked up 15 strikeouts, the third-most on the team … One of seven Hogs with 10 or more strikeouts in 2020 … Retired the first batter he faced as a reliever in one of the two relief appearances he made … Appeared as the first reliever in Saturday’s game against Eastern Illinois on Feb. 15 … First outing on the mound since returning from injury that sidelined him for the 2019 season … Tossed three scoreless frames, allowing three hits, no runs or walks, while striking out three … Fifth scoreless outing of his collegiate career … Picked up his first start since April 17, 2018, on Feb. 23, 2020, throwing 3.0 frames against Gonzaga in Arkansas’ 9-5 win … Did not allow a run, giving up five hits with one strikeout in 12 batters faced … Exited the game with two runners on base and no outs in the fourth inning, as Marshall Denton struck out the next three hitters to keep his line clean … Posted a career-high 4.0 innings in relief against Texas on Feb. 29, providing a much-needed calming presence on the mound for the Razorbacks … He allowed just two runners in 14 batters faced, striking out five … Highest strikeout total of the season and highest since his best of six against Grambling State on April 10, 2018 … Picked up his first win of the year after going a season-high 6.0 innings against South Alabama on March 7 … Allowed two runs on four hits and three walks, striking out six … Highest strikeout total of the year and matched a career-high … Gave up two hits and one run in first inning, allowed the other two hits and run over the final five innings of work … Longest outing on the mound since a seven-inning start against Louisiana Monroe on April 3, 2018 … Part of a pitching staff that finished with a 3.68 ERA and 143 strikeouts over 142.0 innings of work.

Freshman (2018)
Made 10 appearances with four starts … Compiled a 4.40 ERA with a 3-0 record … One of five freshmen to make at least one start during the season … Made his first collegiate appearance against Bucknell (Feb. 18), throwing three scoreless innings and two hits allowed … In his first career start (vs. Dayton), he threw six scoreless innings, scattering seven hits while striking out a season-high six and picked up his first win … Also earned the victory after three innings of scoreless relief against Texas (March 14) with one hit allowed and three strikeouts … All three of his starts (vs. Dayton – Feb. 28; vs. ULM – April 4; vs. Grambling State – April 10; vs. Missouri State – April 17) … Matched his season-high strikeout total with six against Grambling State over five innings … Went a season-long seven innings against ULM without giving up a run and striking out five on 94 pitches.