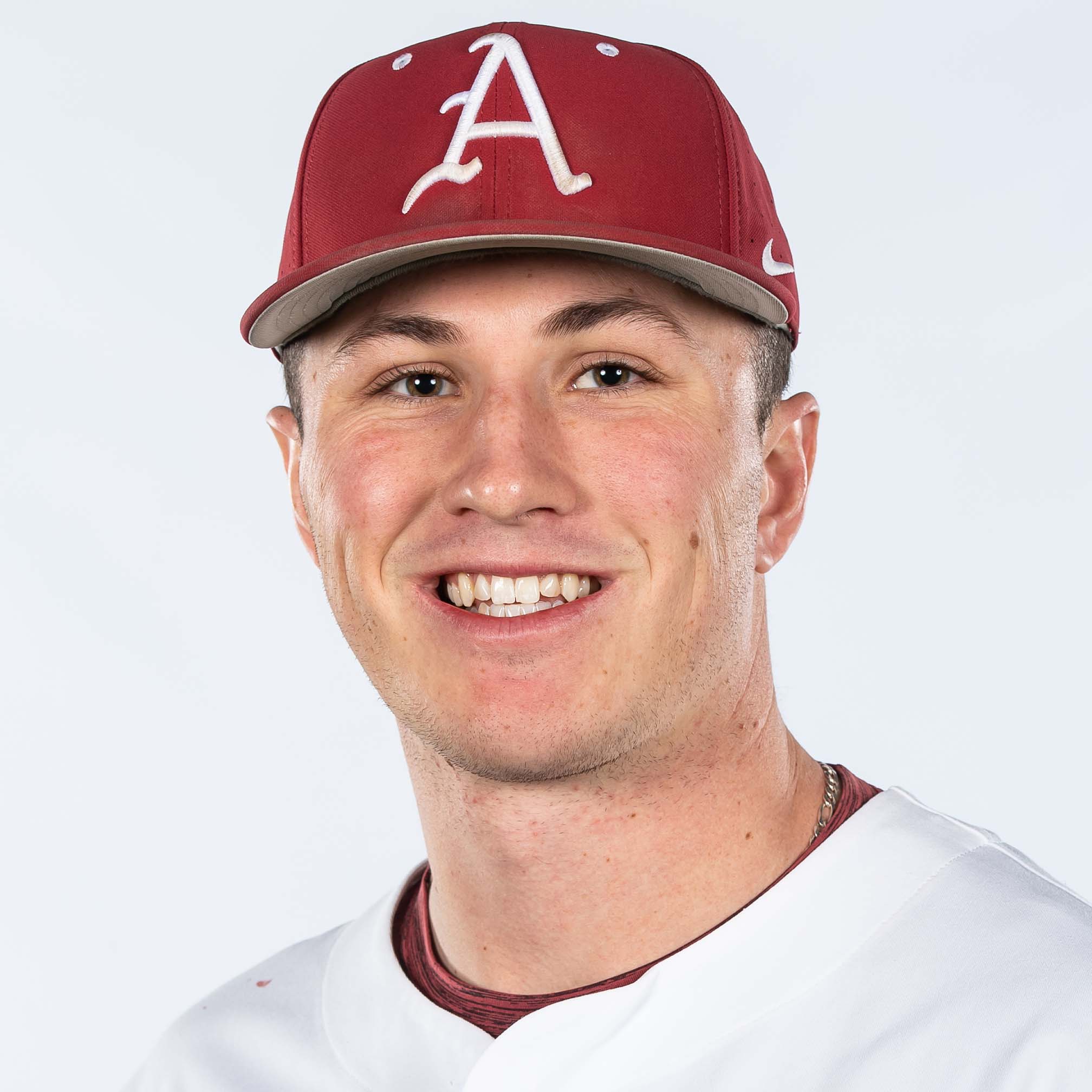 Career Overview
Appeared in 170 games, making 166 starts while at Wake Forest … Finished Old Gold & Black career with a batting average of .298 with 195 hits, 147 RBI, 42 home runs, 46 doubles and 76 walks … Held an on-base percentage of .375 and a slugging percentage of .561 … Finished with the third-most home runs among active Division I baseball players … His 42 home runs also ranked tied for eighth all-time in Wake Forest history for career blasts.

Senior at Wake Forest (2021)
Appeared and started in all 47 games in the outfield … Registered a batting average of .259 with 49 hits, nine doubles, 11 home runs, 35 RBI and 25 runs scored … Posted 16 multi-hit games, tied for a team lead … Finished in top-five on the squad in doubles (third), total bases (third), at-bats (first), slugging percentage (fourth), hits (fifth) and RBIs (third) … Knocked in a season-high three hits against Northeastern (Feb. 21) … Drove home four runs in contests against Appalachian State (April 13) and NC State (May 1) … Jumped into the top 10 in program history with his 37th career home run at Appalachian State (April 13) … Moved into eighth all-time with his 42nd career HR at Virginia (May 15) … Was one of the top hitters in ACC play on the team, tallying the most hits and the second-highest batting average … Went on the second-longest reached base streak on the team of 14 games … Finished third on the team with eight multiple RBI games.

Junior at Wake Forest (2020)
Consensus preseason All-American heading into the season … Started all 18 games (10in right field, six at third base, two in left field), finishing with a .299 average, 5 doubles, six homers and 12 RBIs … Also drew nine walks … His six homers ranked in the top 20 in the nation … Blasted a walk-off homer in the bottom of the ninth on opening night to beat Seton Hall (Feb. 14) … Also went deep against Milwaukee (Feb. 15), Illinois (Feb. 16), Brown (Feb. 29) and twice against Louisville (March 7 and 8).

Earned All-America honors after a historic season in which he hit .347 with 19 doubles, 16 homers and 67 RBIs … Started all 57 games in left field … Broke the program record with 10 RBIs in a game against Boston College (March 17), accomplishing that with a grand slam, RBI groundout, two-run single and three-run homer to cap the day … That capped a week (March 11-17) in which he hit .444 with three homers, three doubles, 16 RBIs, two walks and a stolen base en route to ACC and National Player of the Week honors … Hit five homers in a four-game span from Apr. 27-May 1, blasting two in a game against Florida State and Gardner-Webb and adding another at High Point … Other homers came against Sacred Heart, Furman, Notre Dame, App State, Louisville, Virginia Tech, High Point, NC State and Clemson … In ACC play, batted .371 (third in the league) with 13 doubles (most in the league), nine homers and 35 RBIs … Recorded hits in 21 of the first 22 games … Had three hitting streaks of at least 10 games … Ranked in the top 50 nationally in hits, homers, RBIs and total bases … Finished second on the team with 29 multi-hit games and 14 multi-RBI games … With the Harwich Mariners in the Cape Cod League, batted .293 with four homers and 18 RBIs in 29 regular season games … Finished the season having reached base in 14 straight games and with 69 straight starts … Dick Howser Trophy semifinalist … College Home Run Derby Participant

Finished rookie season with a .268 average, 13 doubles, nine homers and 33 RBIs … Played in 48 games and made 44 starts, most of them in left field … Was one of the team’s top hitters in ACC play, hitting .287 with six doubles and seven homers in the league … After hitting below .150 through March, broke open in the second half of the season by batting.318 with 12 doubles, all nine of his home runs and 32 RBIs in the months of April and May … Hit three homers in a four-game stretch from April 20-25, blasting two against Clemson and another against Liberty … Then hit five homers in a six-game span from May 12-19, hitting one at NC State, one vs. High Point and three vs. Virginia, including his first multi-homer game against the Cavaliers (May 17) … First collegiate homer came against Duke (April 8) … In his return to his home state of Massachusetts to play at Boston College (April 13-14), went 5-for-12 with three doubles and two RBIs in a Deacon sweep … Hit a game-winning two-run double in the 11th inning of an 11-9 win at UNCG (April 17) to cap off a comeback from a 9-1 deficit … Played summer ball with the Amsterdam Mohawks in the PGCBL.

High School
Attended Dexter High School … Rated as the No. 356 prospect in the nation by Perfect Game, including the 19th-rated third baseman and the No. 5 prospect from the state of Massachusetts … Picked by Baseball America as the No. 25 prospect in the 2017 MLB Draft from New England … Ranked as the No. 2 prospect in the state by Prep Baseball Report, as well as No. 123 in the country … First-team all-state honoree by USA Today in 2017 … Also played football in high school … Hit .420 with seven longballs during his sophomore campaign.