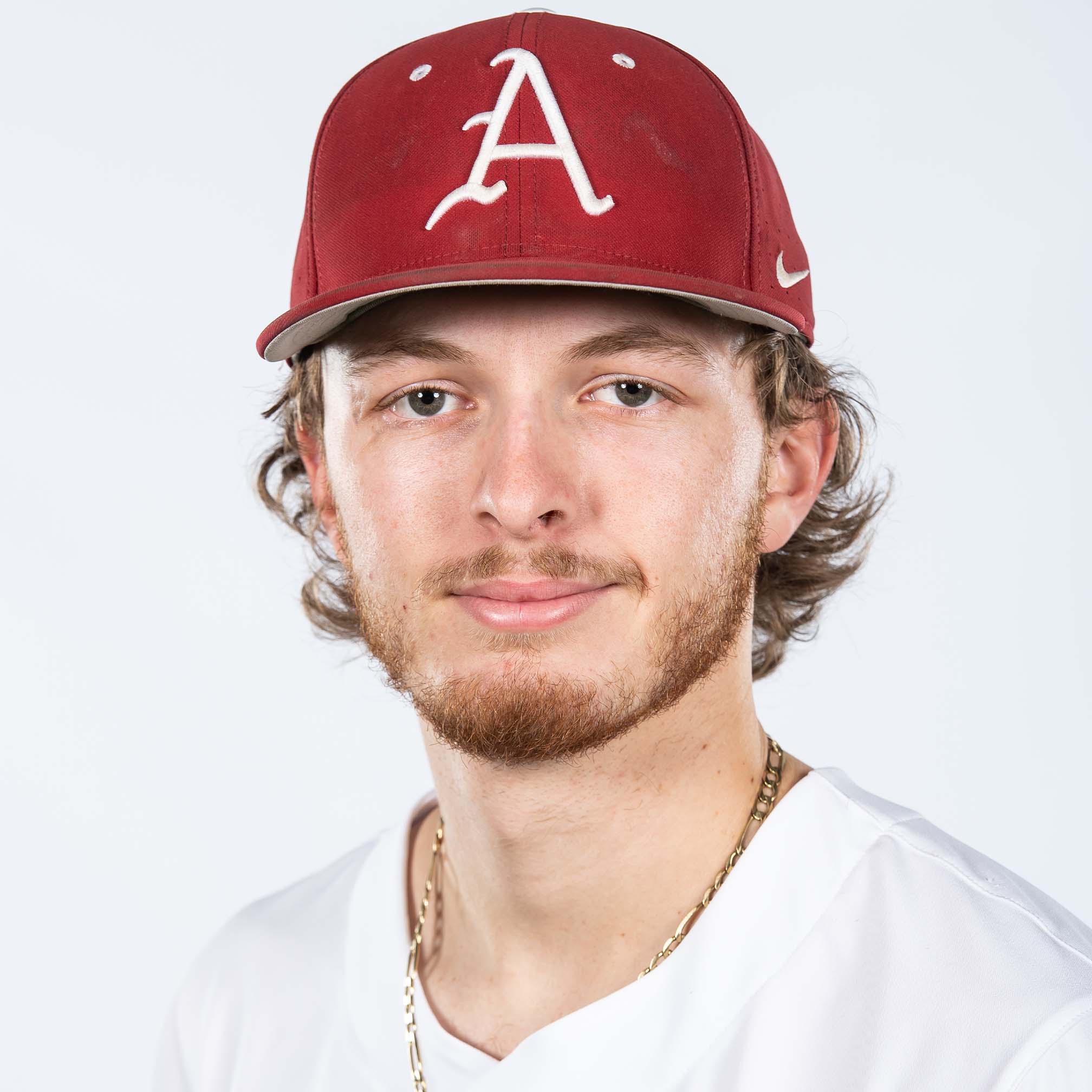 Freshman (2022)
Played in 15 games with three starts (two in right field, one in left field) as a true freshman … Slashed .235/.391/.294 with four runs batted in over 17 at-bats … Scored six runs and totaled four hits, including one double, on the year … Drew four walks and was hit by one pitch … 1-for-2 in stolen base attempts … Recorded one multiple hit game and one multiple RBI game … Had a season-long two-game hitting streak as well as a season-long two-game reached base streak … Made his collegiate debut as a pinch runner against Illinois State (Feb. 19), scoring a run … Earned his first collegiate start against Grambling (March 16) … Recorded two hits, including a double, with an RBI, a run scored, a walk and a stolen base … Collected his first multi-RBI game in a start against Little Rock (March 29), driving in a pair of runs in the Hogs’ win … Drew a season-high two walks in game one of a doubleheader against UAPB (April 12).

High School
Attended IMG Academy in Bradenton, Fla. … The top shortstop and 10th overall prospect in Florida, according to Prep Baseball Report … A Top-100 recruit by PBR, checking in at 76th overall and the 14th-best SS in the nation … Baseball America ranked him as the No. 59 overall player in the class … Perfect Game listed him as the fifth-best shortstop and No. 16 overall player in Florida … Nationally PG ranks him as the No. 37 shortstop and 147th overall player … Selected to play in PG 2020 National Showcase … Played in 2018 and 2019 Jr. National Showcase … 2020 PG Preseason Underclassmen All American Team – Texas All-Region First Team … 2019 PG Preseason Underclassmen All American Team Third Team … 2018 PG Preseason Underclassmen All American Team Honorable Mention.