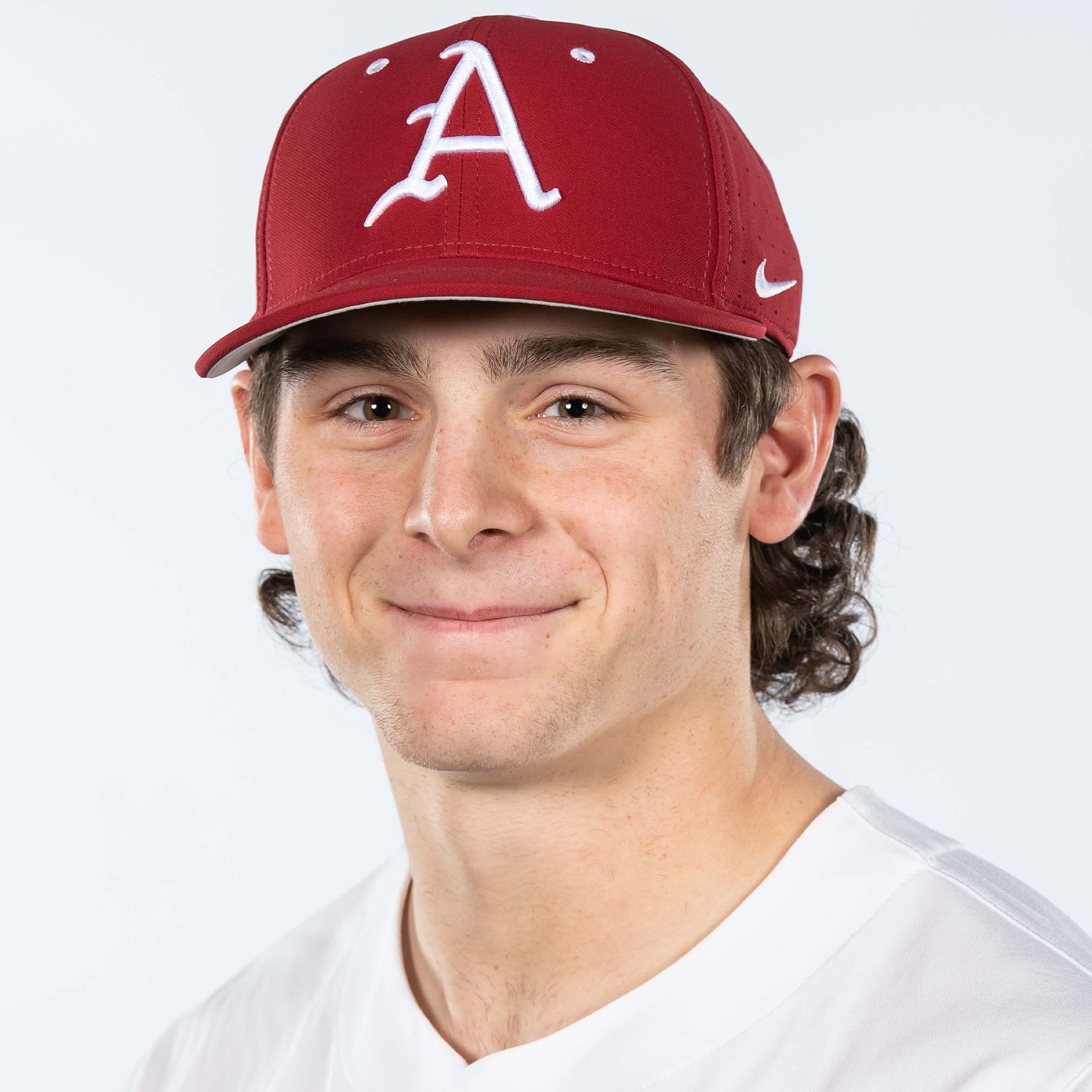 Played in 24 games with 16 starts (14 at catcher, two as designated hitter), slashing .224/.297/.517 with four homers and 16 runs batted in … Scored 16 runs … Had 13 hits, including three doubles and one triple … Drew five walks … Went a perfect 4-for-4 in stolen base attempts … Had three multiple hit games, including one five-hit game … Four multi-RBI games, including one three-RBI game and one five-RBI effort … Defensively, committed two errors in 169 total chances (.988 fielding percentage) behind the dish … Threw out 4-of-16 base stealers (25.0%) … In SEC play, drove in two runs over six games with a pair of starts … Made his first start of the season as catcher against Illinois State (Feb. 20) … Hit a double and picked up an RBI against Grambling (March 16) …  Hammered two home runs while hitting for the cycle against UCA (April 5), finishing 5-for-5 at the plate with five RBI … Became the second Arkansas player to hit for the cycle since 1994, and the first since INF Robert Moore (2021) … Hit a home run from both sides of the plate in the Hogs’ win … Drove in two runs on two hits and stole a base in game one of a doubleheader against UAPB (April 12) … Tallied three RBI on two hits, including a home run, against Arkansas State (April 20) … As a pinch hitter at Texas A&M (April 24), collected a two-run double … Smacked his fourth homer of the season against Missouri State (May 3) … In the College World Series, scored a run as a pinch runner vs. No. 2 Stanford (June 18) … Helped Arkansas set a new school record in fielding percentage with a .982 mark for the year.

Freshman (2021)
Played in 17 games with 10 starts at catcher, slashing .257/.469/.429 with one home run and four RBI on the year … Scored 12 runs to go along with one double and one triple … Drew 11 walks and three hit-by-pitches … Committed one error in 116 chances (.991 fielding percentage) behind the dish, throwing out 4-of-15 runners … Made his collegiate debut in a start against SEMO (Feb. 26), collecting his first hit and run scored in the contest … Drew a season-high three walks in a start against Memphis (March 23) … Went 2-for-5 with three runs scored and two RBI in a start against UCA (March 30), notching his first collegiate multi-hit game with a double and homer in the Razorbacks’ 21-8 win … Picked up his lone triple of the year against Little Rock (April 7) … Part of a Razorback offense that hit a school-record 109 home runs in 2021 … Helped Arkansas set a school record in fielding percentage with a .980 mark for the year.

High School
Played for head coach John Goodwin at Carthage High School in Carthage, Texas, forgoing his senior year to enroll early at Arkansas … Top-500 overall prospect nationally by Perfect Game … Ranked as the No. 5 catcher in the state of Texas and the No. 36 catcher in the country, according to Perfect Game … 2020 Perfect Game Preseason Underclass All-American (Texas All-Region First Team) … 2019 Perfect Game Preseason Underclass All-American (High Honorable Mention) … Had his junior season cut short after 13 games due to the COVID-19 pandemic … Batted .472 with six home runs, 45 RBI and 13 stolen bases during his sophomore campaign in 2019, collecting all-state and district MVP honors … Hit .266, with four doubles, one triple and 15 RBI as a freshman … Also played football.