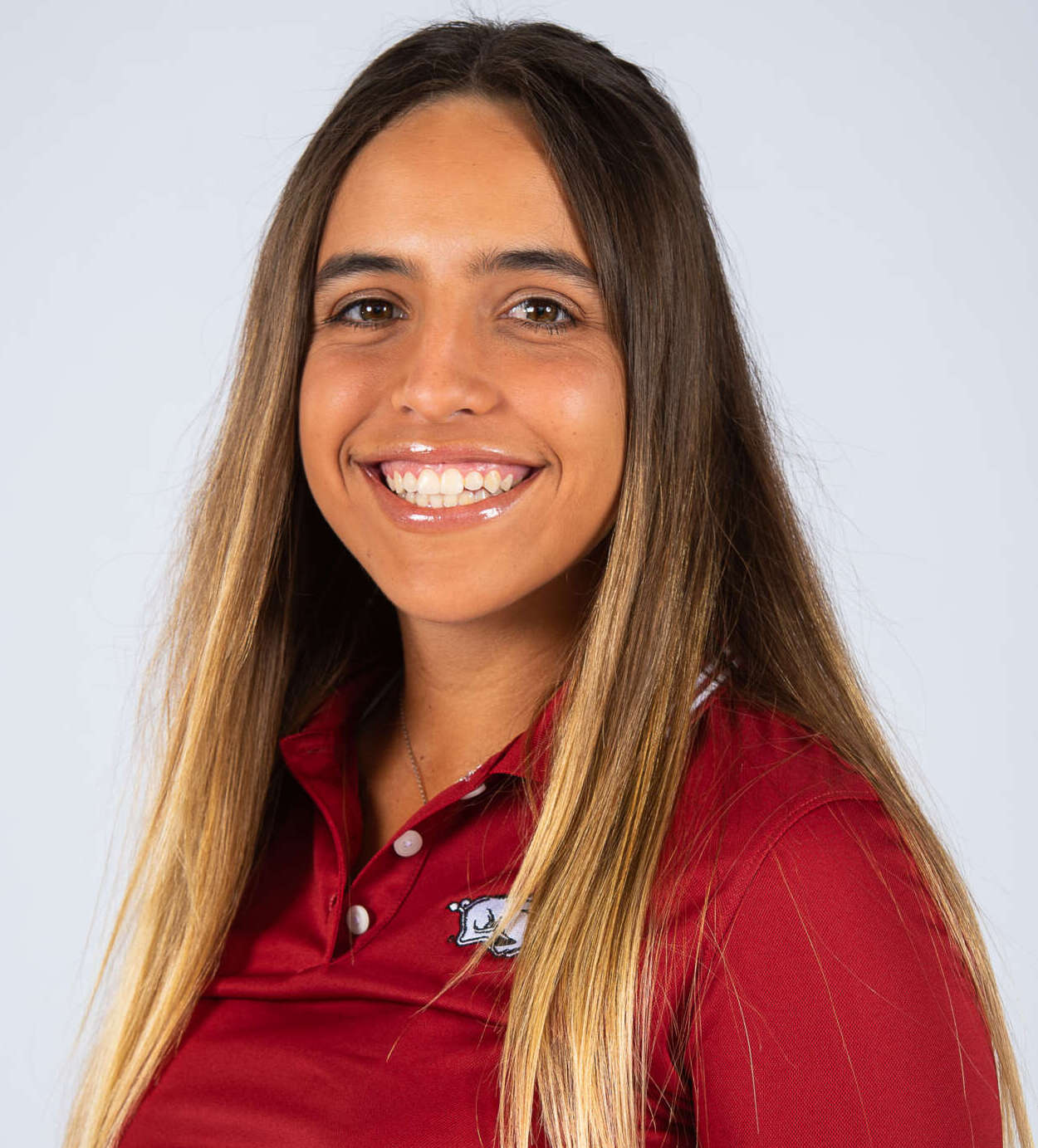 AS A SOPHOMORE (2020-21)
One of three Hogs to play in all 10 events of the 2020-21 season … Played well during the spring portion of her 2020-21 schedule, as she finished in the top-30 in four of the final five events of the season … Notched top-30 finishes at both the SEC Women’s Golf Championship and the NCAA Louisville Regional … Second on the team in rounds at or below par this season (12).

AS A FRESHMAN (2019-20)
Played in five of Arkansas’ six events as a true freshman … Placed in the top-25 in all but one of them … Recorded her first-career top-20 finish at the stacked ANNIKA Intercollegiate, placing tied for 19th … Was sensational at the White Sands Invitational, placing sixth with a career-low 211 through three rounds … Fired rounds of 69 in both the first and third rounds, the best rounds of her young career … Notched her third-career top-25 finish at the Darius Rucker Intercollegiate, firing  222.

PRIOR TO ARKANSAS
Has been the top ranked Argentinean Amateur over the last three seasons (2016-17 , 2017-18, 2018-19) … She picked up a victory at the South American Junior Team Championship in 2016, and played to the individual title in 2017 … Also won at the Optimist International and Doral Publix at the age of 13 … Was second at the last three ANNIKA Invitational Latin America events and won a bronze medal at the youth Olympic games … She won the Copa Los Andes (South American Amateur Team Championship, match play) in 2017 and is a three-time winner of the Argentinean Open … A member of the Argentinean National Team and represented Argentina at the World Amateur Team Championship in Mexico 2016 and in Ireland in 2018.