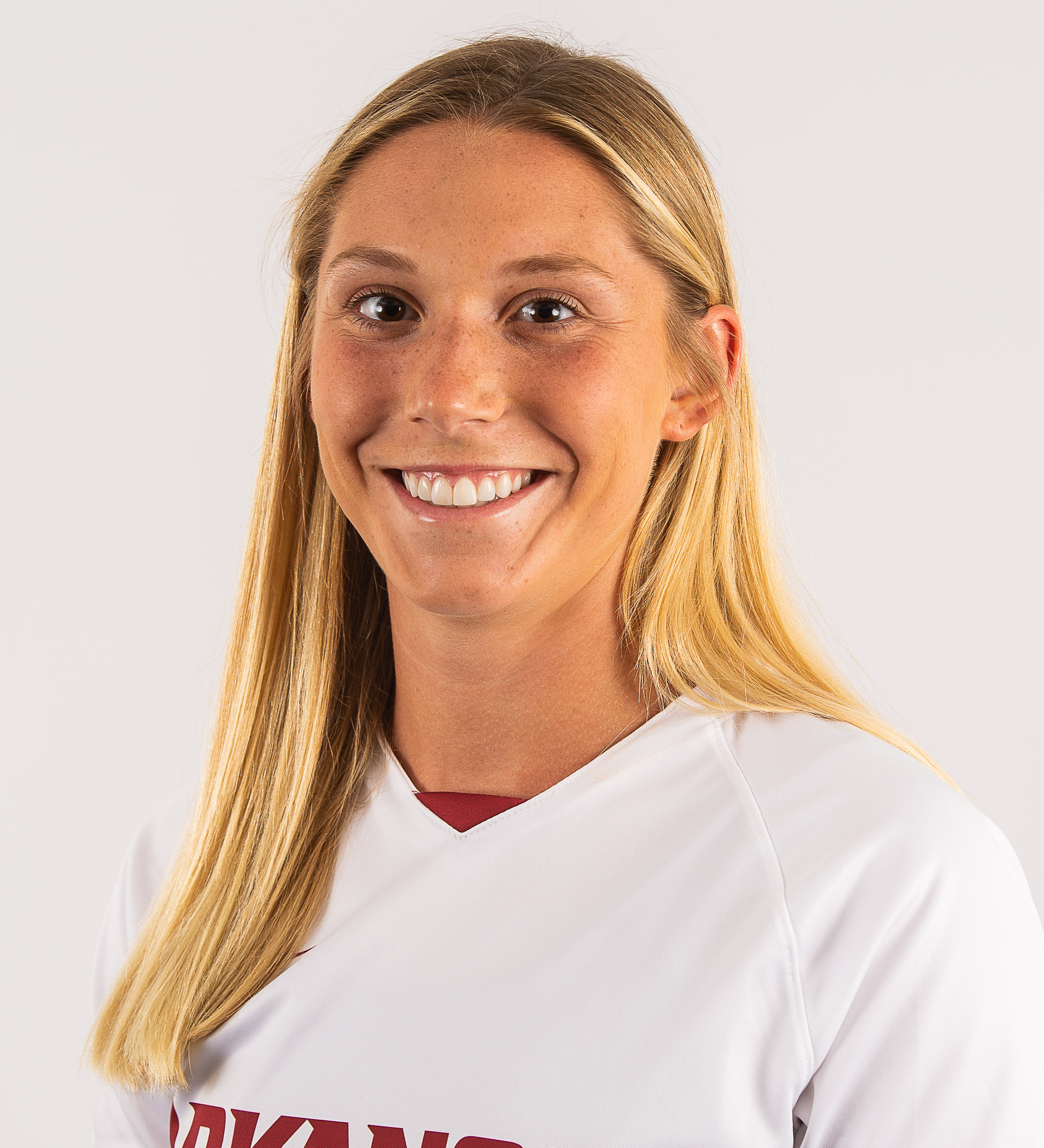 Did not play due to injury.

Started in all 16 matches of her first collegiate season… Played in 90+ minutes in 11 of those games, primarily at the center midfielder position, for a total of 1,368 minutes… Had a season-high three shots in the SEC Tournament quarterfinals win against Auburn (Nov. 17).

Was one of 40 players across the nation selected to play in the 2019 Allstate All-American Girls Soccer game… Ranked No. 62 nationally in the IMG Academy Top-150… Two-time Ohio high school soccer state champion (2017, ’18) at Indian Hill… Has racked up 63 goals and 57 assists in her high school career… Named All-Cincinnati Hills League all four seasons at Indian Hill High School…

Sister, Anna, is currently a freshman on the Razorback squad and was named SEC Freshman of the Year in 2019… Mother, Rebecca, ran track professionally and for Miami University from 1993-97, while her father, Dan, also ran track at Miami (OH) from 1993-97.