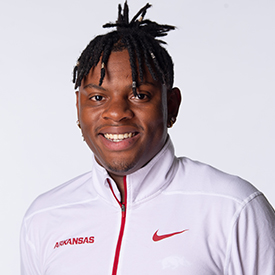 Freshman (2016)
Cross Country: Did not compete.

Personal
Eugene Grayson is the son of Nancy Grayson and Eugene Grayson Jr… He was born Jan. 5, 1998 in Poteau, Oklahoma… His mother ran for Oklahoma State and the Kenyan national team as a middle-distance specialist.