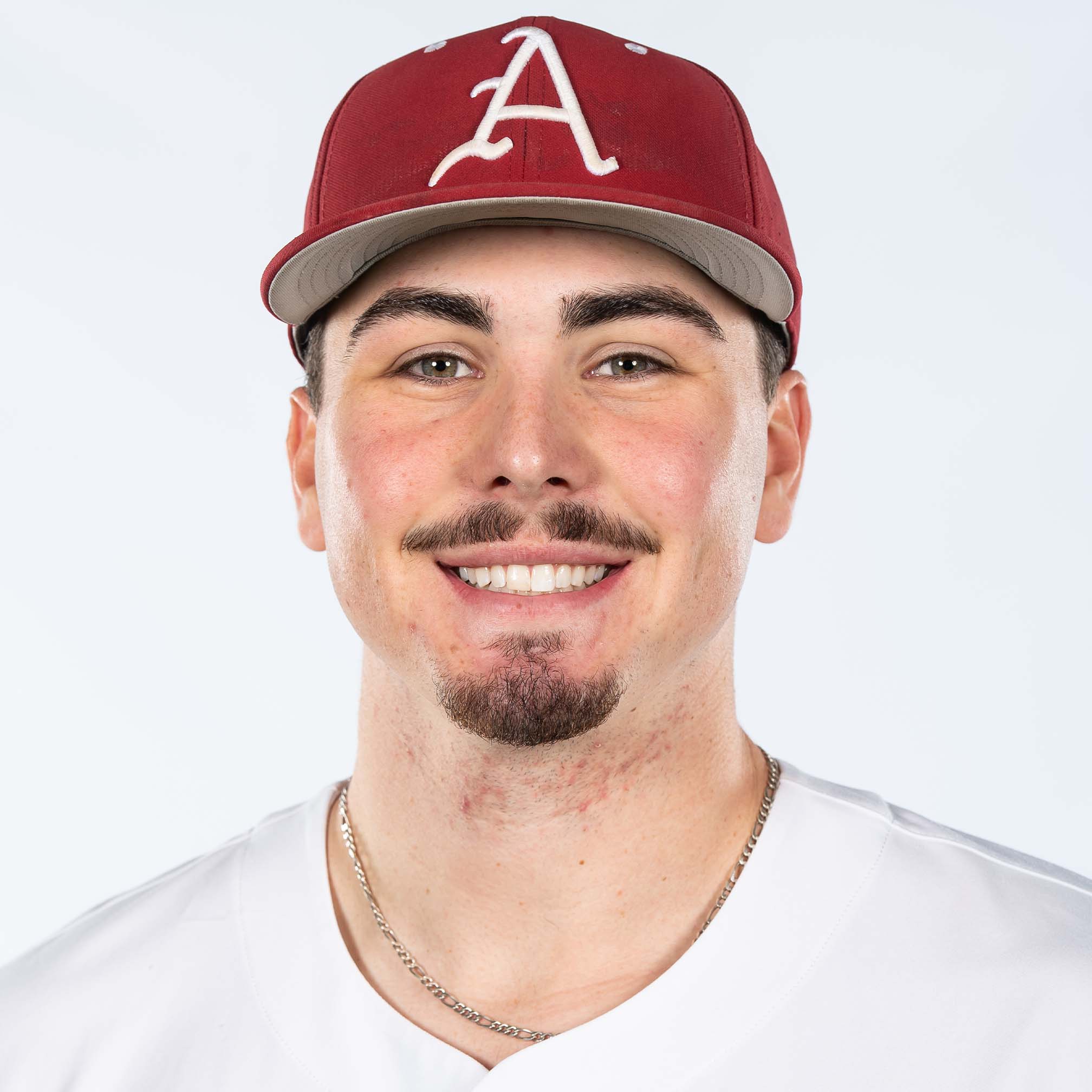 Emerged as an important bullpen arm in his final season as a Hog … Made 33 relief appearances, going 5-0 with a 3.65 ERA and two saves in 44.1 innings … Struck out 54 and limited opposing hitters to a .179 batting average … Held left-handed hitters to a miniscule .091 batting average (6-for-66) on the year … Picked off one runner … Allowed 22 runs (18 earned) on 28 hits and 16 walks … In SEC play, went 3-0 with a 3.47 ERA and a pair of saves in 23.1 innings over 17 games … Totaled 31 strikeouts … Limited opposing SEC hitters to a .202 batting average … Struck out the only batted he faced in his season debut against Illinois State (Feb. 19) … Earned his first win of the season against Omaha (March 2), striking out a pair of batters in two perfect frames … Picked up his first save of the season against No. 15 LSU (April 15), punching out one in 1.1 innings … Recorded a season-high four strikeouts in two scoreless innings at Alabama (May 19) to earn his fifth win of the season … In the SEC Tournament, pitched a season-long three scoreless innings with three strikeouts vs. Alabama (May 25) … In the College World Series, matched his season long with three innings of one-run ball vs. Ole Miss (June 22) … Fanned a season-high four in the outing against the Rebels … Member of a Razorback pitching staff that set a new school record with 674 strikeouts in 2022.

Junior (2021)
Made seven appearances out of the Razorback bullpen … Finished the year with a 7.94 ERA in 5.2 innings of work … Allowed five runs on six hits and three walks while striking out four during the year … Held opponents scoreless in six of his seven outings and hitless in five of his seven appearances … Made his season debut against No. 10 TCU (Feb. 22) in the State Farm College Baseball Showdown at Globe Life Field in Arlington, Texas, tossing a perfect 0.2 innings of relief … Emerged from the bullpen and struck out the only batter faced against Oklahoma (March 16) … Season-long appearance of 2.0 innings came against No. 22 Alabama (March 19) … Threw a scoreless frame of relief against both UCA (March 30) and UAPB (April 14) … Member of an Arkansas pitching staff that set a school record with 657 strikeouts in 2021.

Sophomore (2020)
Made two appearances in relief for the Hogs in 2020 … Finished with a 9.00 ERA after tossing 2.0 innings, allowing two runs on one hit and two walks while striking out three … Pitched his first game of the year on March 6 against South Alabama, tossing 1.2 innings … Struck out two and walked one over the six batters he faced … Gave up two runs on one hit and one walk in one-third-of-an-inning against Grand Canyon on March 11 … Struck out one in the seventh inning, did not surrender the runs but was charged with them.

Freshman (2019)
Made eight appearances, all in relief and compiled a 6.43 ERA over 7.0 innings … Gave up just five earned runs on three hits and struck out 13 batters … Held opponents to a .136 batting average with two of his appearances coming in SEC play … Made first career appearance against Memphis (Feb. 27), striking out the side in one inning of work … Struck out a season-high four against Western Illinois (March 13) in two innings of work with no runs allowed and only one walk … Did not give up a run in his first five appearances (5.1 innings) and allowing just three walks and combining for 11 strikeouts … Made first SEC appearance at Alabama (March 22), working 0.2 innings … Also saw the field against Ole Miss (March 31), walking two.