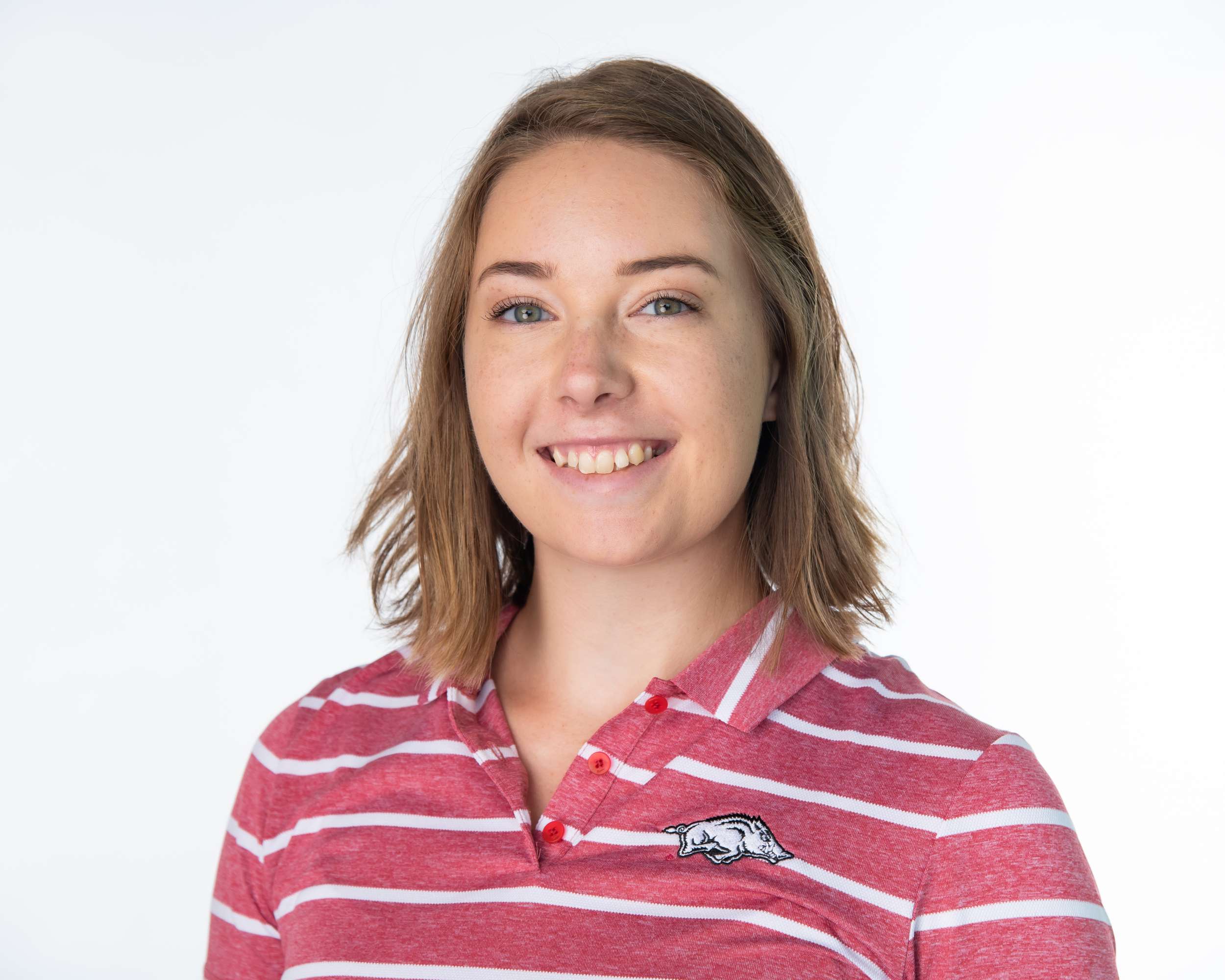 AS A SENIOR (2019-20)
Competed in three events in her final collegiate campaign … She finished in the top-30 in all three of them … Was especially good at the ANNIKA intercollegiate, recording her first-career top-15 finish (T11) … Fired her first-event under par (215, -1 ) at the ANNIKA Intercollegiate, including a career-best single-round score of 70 in round two … Recorded a 25th-place finish at the Cougar Classic and a 30th place finish at the White Sands Invitational.

AS A JUNIOR (2018-19)
Played in three events in her first season at Arkansas … Posted her best scores at her first NCAA event, shooting her low round (70) and her low event total (220) at the ANNIKA Intercollegiate … Followed that effort up with her best finish, nabbing a share of 29th place at the Ruth’s Chris Tar Heel Invitational.

PRIOR TO ARKANSAS
Ottawa, Ontario, Canada, native … Member of the Canadian National Team … Attended John McCrae Secondary School and Daytona State College … Honors include being selected to the Golf Canada National Development team in 2015 and 2016 and the National Team in 2017 and 2018 … At Daytona State, she posted six top-15 finishes including a T3 at the NJCAA Championship in 2017 … A fifth-place finish at the B.C. Women’s Amateur and placed 10th at the Canadian Amateur in 2017.