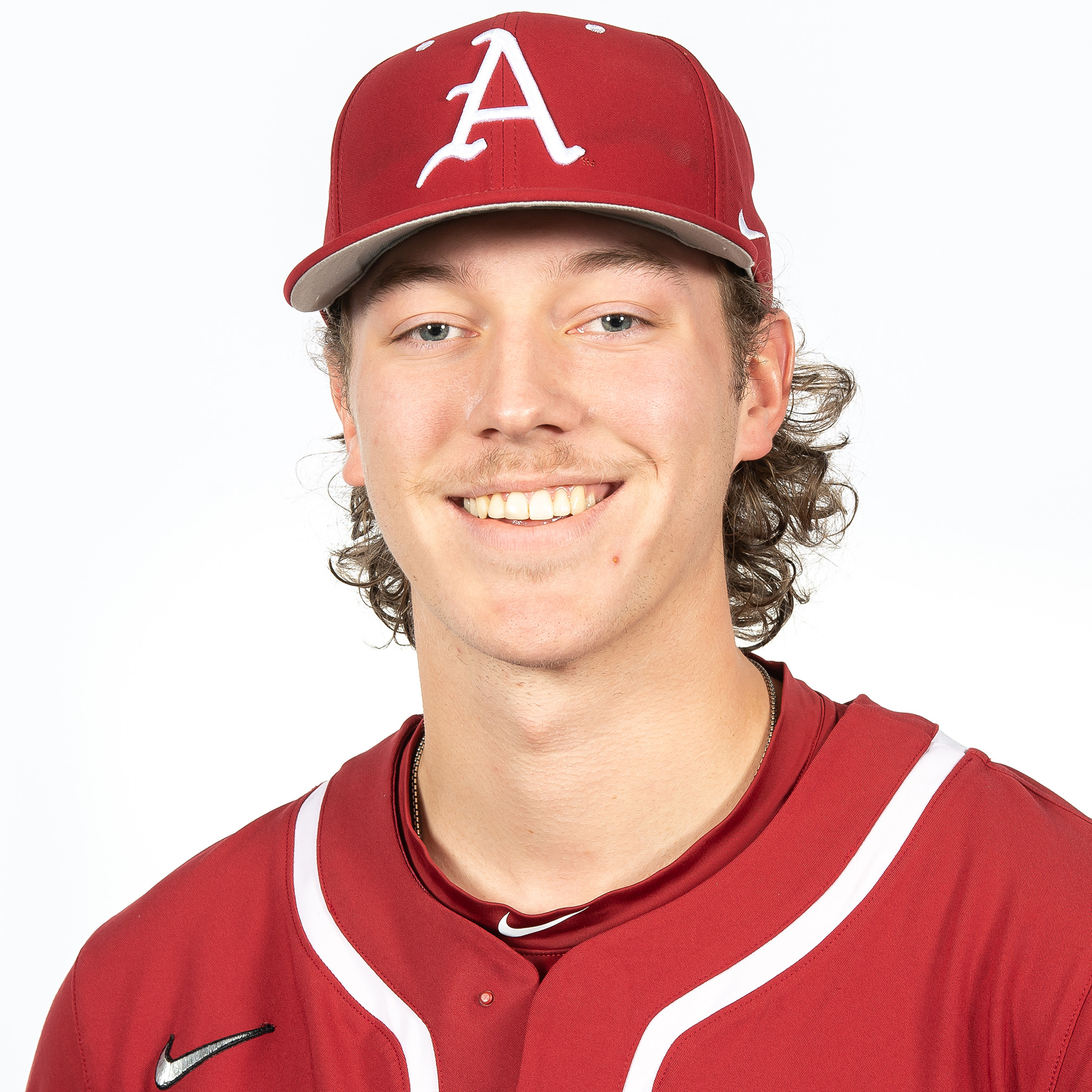 Emerged as the Hogs’ No. 2 starter as a true freshman … Made 20 appearances with 15 starts on the mound … Went 7-2 with a 4.66 ERA and two saves in 77.1 innings … Struck out 90 batters and limited opposing hitters to a .232 batting average … Allowed 41 runs (40 earned) on 66 hits and 46 walks … Picked off one runner … Totaled six quality starts, second most among all Razorback starting pitchers … In SEC play, made 10 appearances with nine starts … Went 3-1 with a 5.96 ERA, striking out 47 in 45.1 innings of work … Made his collegiate debut on the mound against Illinois State (Feb. 19), pitching six scoreless innings with five strikeouts to earn his first quality start of the year … Fanned a season-high nine in game one of a doubleheader against Southeastern (March 5), twirling a season-long seven innings of two-run ball to earn his second quality start … Picked up his third win of the season in a start against UIC (March 12), striking out eight over five innings of one-run ball … Made his first SEC start against Kentucky (March 12), picking up another quality start with seven strikeouts over six innings of three-run ball … Turned in six strong innings against Mississippi State (April 2), allowing three runs while fanning seven to nab his fourth quality start and fifth win of the season … Delivered his strongest outing of the year against No. 15 LSU (April 15), pitching seven scoreless innings and striking out seven … Named the College Baseball Foundation National Pitcher of the Week and the SEC Freshman of the Week for his stellar performance against the Tigers … Picked up his sixth quality start of the season against Ole Miss (April 30), tossing six innings of two-run ball with eight strikeouts … In the SEC Tournament, emerged from the bullpen vs. Florida (May 27) and threw a scoreless frame with a pair of strikeouts … In the NCAA Tournament, made five appearances with two starts … Went 1-0 with a 3.38 ERA and two saves in 10.2 innings of work … Struck out 16 and limited opposing hitters to a .184 batting average during the postseason … Earned his first collegiate save in an elimination-game win at No. 6 Oklahoma State (June 6), striking out four over two scoreless frames to help Arkansas to the super regional round … In the NCAA Chapel Hill Super Regional, made a pair of relief appearances … Locked down his second career save at No. 11 UNC (June 12) to send the Hogs to Omaha … In the College World Series, started vs. Ole Miss (June 22) and threw five innings of two-hit, one-run ball with eight strikeouts … Named a Freshman All-American by Collegiate Baseball Newspaper and Perfect Game at the year’s end … Landed on the Freshman All-SEC Team … Earned an invite to the USA Baseball Collegiate National Team Training Camp following the season … Member of an Arkansas pitching staff that set a new school record with 674 strikeouts in 2022.