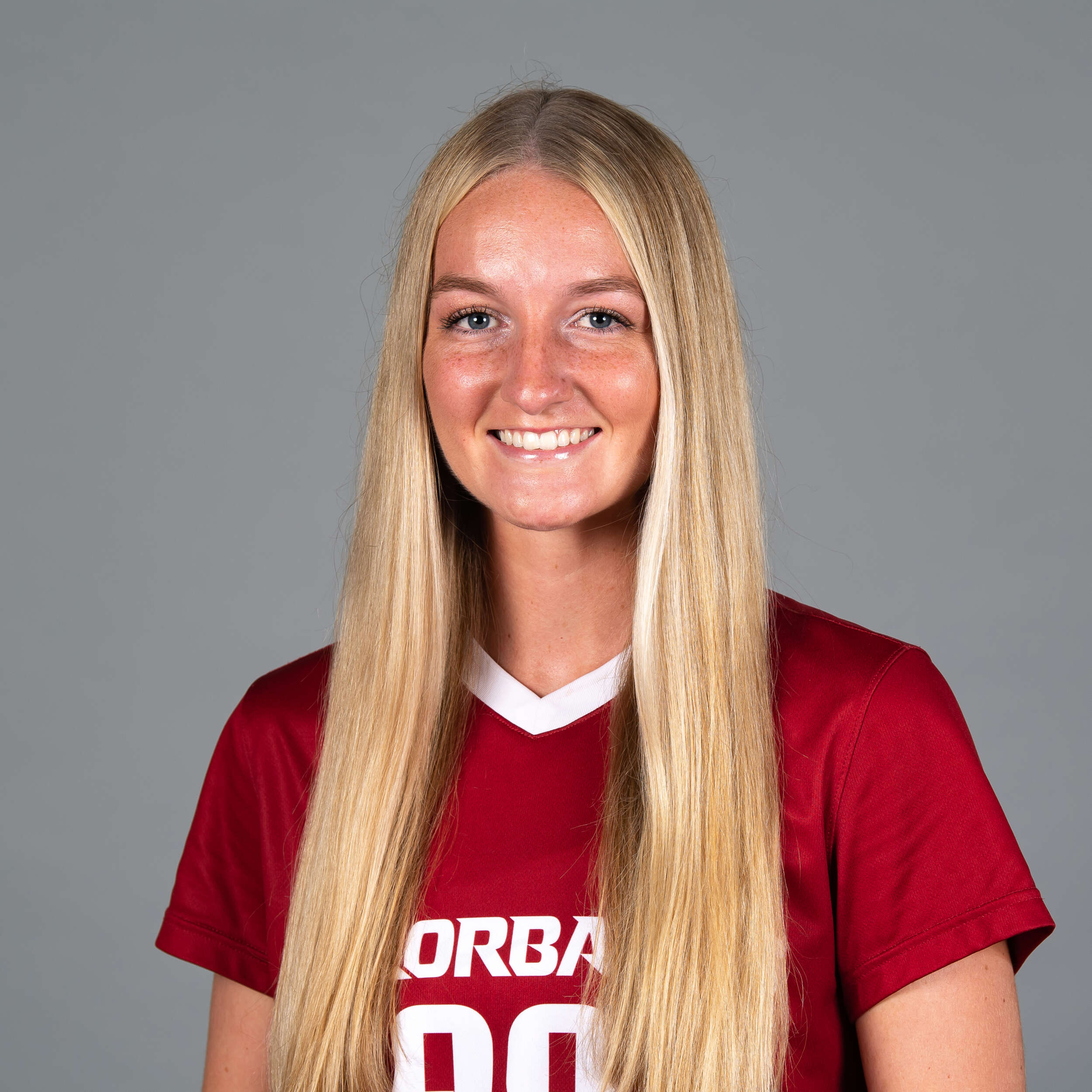 Got the start in all 16 matches, logging 1,393 minutes… Was named to the All-SEC First Team for the third-straight season… Member of the MAC Hermann Award Watch List for the second-straight year… Tallied four assists, a career-high for a single season, including two that came in Arkansas’ victory over Missouri State (Feb. 23)… Played 80+ minutes in 15 matches and the full 90 in 10… Added five shots and took nine corners… Named to the SEC Fall Academic Honor Roll, majoring in Journalism: Advertising-Public Relations.

Started in all 23 matches, playing 1,855 minutes … Was named the first SEC Defender of the Year and joined Anna Podojil in becoming the first All-Americans in school history … Became just the third Razorback all-time to be named to the All-SEC First Team in back-to-back seasons … Put away a goal against Ole Miss (10/3) and dished out an assist against Minnesota (8/29) … Anchored a defense that allowed just 11 goals in 23 matches … Led the defense to a 0.565 shutout percentage and 0.466 goals-against-average which both ranked second in the SEC … Played 80+ minutes in 16 matches, including three matches logging 100+ minutes …  Was named SEC Defender of the Week on Sept. 16 after helping shutout No. 22 Baylor and No. 1 North Carolina in the programs first back-to-back wins over ranked teams.

Played in all 23 matches, starting 22 … Logged 1,956 minutes, the second-highest total on the team … Was a major component of Arkansas’ back line, contributing to all eight shutouts during the season … Has now been a part of 18 shutouts in her career … Played 90 or more minutes 15 times and has already notched 45 starts in her career, including 19-straight dating back to Aug. 31 against Baylor … Became the first Razorback to be named to the All-SEC First Team since Claire Kelley in 2016 and seventh different Razorback named to the first team in school history … Was named the SEC Defensive Player of the Week (Sept. 24) after helping Arkansas to wins over No. 2 Texas A&M and Alabama, playing all 180 minutes of those two matches … The win over the Aggies was Arkansas’ first since 1993, breaking a 25-match losing streak … Against Texas A&M, she helped limit the Aggies to only two shots on goal, neither in the run of play, marking the lowest for Texas A&M in a match that year … Named to the SEC All-Tournament Team after leading Arkansas to shutouts of Ole Miss and Florida en route to its third-straight SEC Tournament final appearance … It was her second-straight all-tournament team selection … Named to the SEC Fall Academic Honor Roll, majoring in Broadcast Journalism.

Played and started in 23 matches as a freshman … Logged 1,878 minutes, the fifth-most minutes on the team … Scored one goal while notching three assists for five points … Also totaled nine shots with five coming on target (.455) and took a team-leading 39 corner kicks … Scored her only goal at Providence (Sept. 10) after finishing a rebound in the 5th minute for the first goal of the match … Tallied assists against Mississippi Valley State (Sept. 3) and in the SEC Tournament First Round against Ole Miss (Oct. 29) … Sent in the long free kick near midfield against the Rebels to help score the only goal of the match and send Arkansas through to the SEC Tournament quarterfinals … Played 11 matches of 90 or more minutes including nine of the final 10 matches … Played every minute of every match in the SEC Tournament helping Arkansas run to the SEC Tournament final for the second-consecutive year.