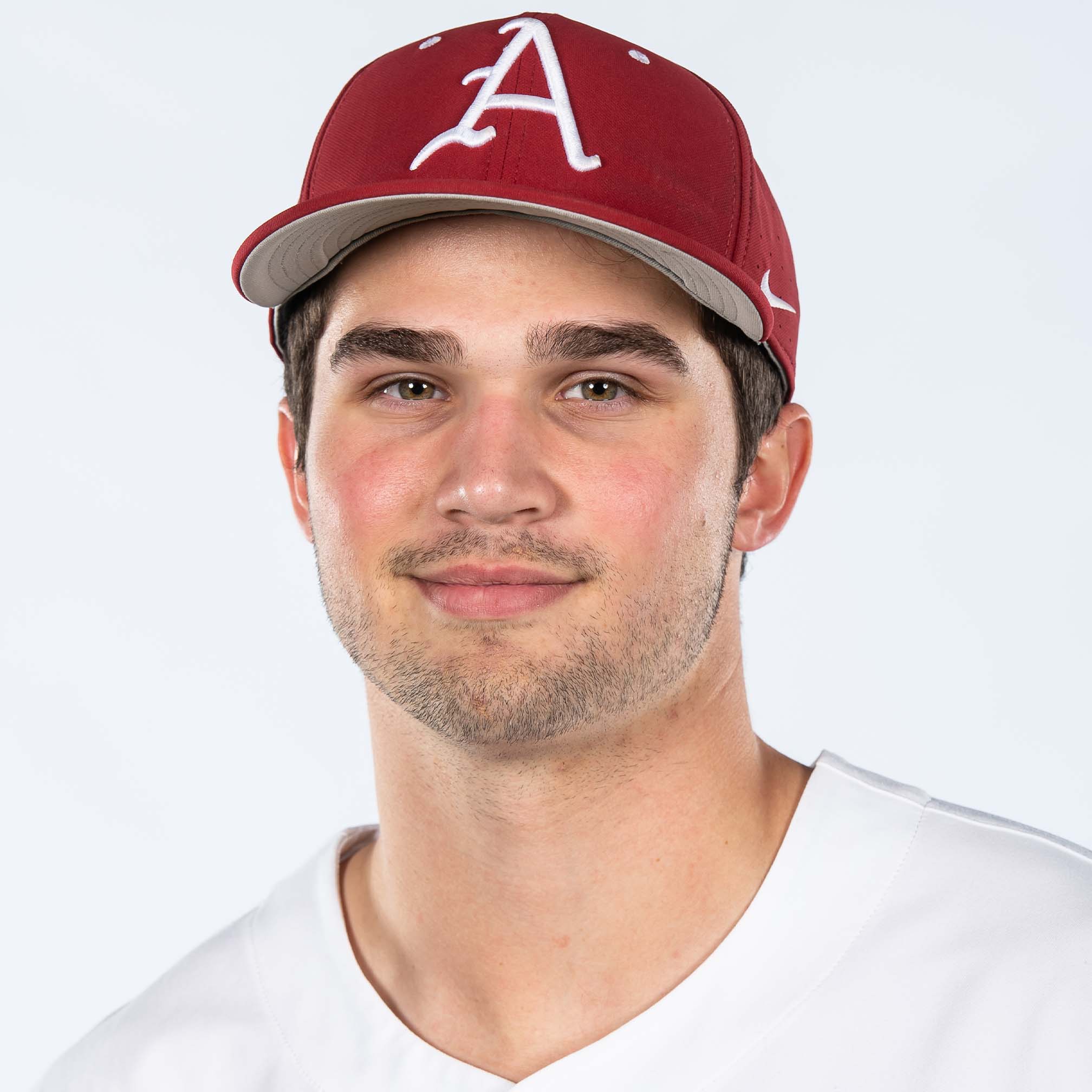 Made 10 appearances in relief … Went 2-0 with a 3.77 ERA and one save in 14.1 innings … Struck out 20 on the year … Allowed seven runs (six earned) on 20 hits and three walks … Earned a save in his first outing of the year, striking out two in 1.1 innings against Illinois State (Feb. 19) … Threw a season-long three shutout innings with a pair of strikeouts vs. No. 6 Stanford (Feb. 27) in the Karbach Round Rock Class at Dell Diamond in Round Rock, Texas … Fanned a season-high four in two innings of work against Grambling (March 16) … Recorded three strikeouts in 1.1 innings of work against Arkansas State (April 20) to earn his first win of the season … Made his lone relief appearance in SEC play at Texas A&M (April 24), throwing two innings of one-run ball with two strikeouts … Picked up his second win of the year with a perfect frame, including a strikeout, against UCA (April 26) … Member of a Razorback pitching staff that set a new school record with 674 strikeouts in 2022.

Made 10 appearances out of the bullpen as a true freshman, posting a 1-0 record with a 2.25 ERA in 12.0 innings … Struck out 20 while allowing only three runs on eight hits and two walks for the season … Limited opposing hitters to a .195 batting average against … Collected at least one strikeout in all 10 of his appearances on the mound, including five multi-strikeout efforts on the year … Collegiate debut came against Little Rock (April 7), punching out one in a perfect inning of work … Struck out three in a scoreless frame against UAPB (April 13) … Made his first appearance against an SEC opponent at home against Texas A&M (April 17), striking out two in game one of a doubleheader … Punched out a season-high four batters on two occasions: vs. Georgia (May 26) in the SEC Tournament, vs. No. 16 NC State (June 11) in the NCAA Fayetteville Super Regionals … Member of an Arkansas pitching staff that set a school record with 657 strikeouts in 2021.

High School
Attended IMG Academy in Bradenton, Fla. … Played in Perfect Game Junior National Showcase in 2017 and 2018 … Named PG Preseason Underclassman All-American in 2017, 2018 and 2019 … Won the 2019 PG High School Showdown with IMG Academy Ascenders … Batted .412 and boasted a 2.43 ERA as a freshman at Bowie High School in Bowie, Texas, before transferring to IMG Academy in 2017.