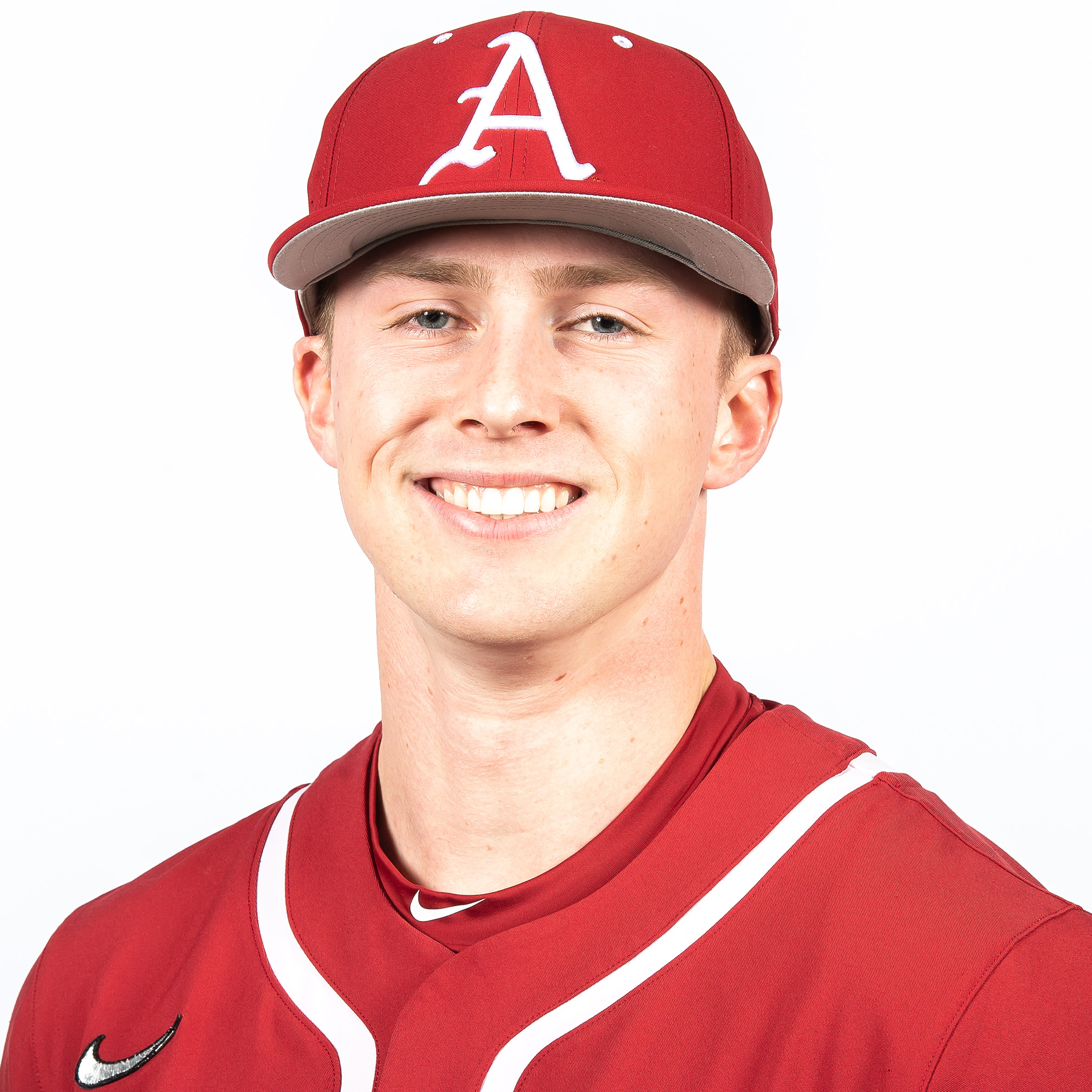 Played in 32 games with 24 starts (18 in left field, five in right field, one as designated hitter), slashing .228/.333/.435 with three homers and 17 RBI … Scored 17 runs … Tallied 21 hits, including eight doubles and one triple … Drew 10 walks and was hit by five pitches … Had five multiple hit games, including one three-hit game … Recorded five multi-RBI games, including one five-RBI performance … Put together a season-long seven-game hitting streak … Had a season-long eight-game reached base streak … Defensively, did not commit an error in 35 chances (1.000 fielding percentage) … In SEC play, hit one home run and drove in five runs over 15 games … Collected his first two hits as a Razorback against Southeastern (March 4) with a pair of doubles … Racked up a season-high three hits and five RBI in game two of a doubleheader against Southeastern (March 5), picking up a bases-clearing triple in the Hogs’ win … Homered twice and drove in three runs against UCA (April 5) … Had his second two-double game of the season against Arkansas State (April 20), scoring a season-high three runs while driving in a pair of RBI … Hit a home run, recorded two RBI and drew two walks in a start at No. 19 Auburn (May 6) … Had a double and two RBI against No. 24 Vanderbilt (May 14) … In the College World Series, played in three games … Drew a walk and scored a run as a pinch hitter vs. No. 2 Stanford (June 18) … Helped Arkansas set a new school record in fielding percentage with a .982 mark for the year.