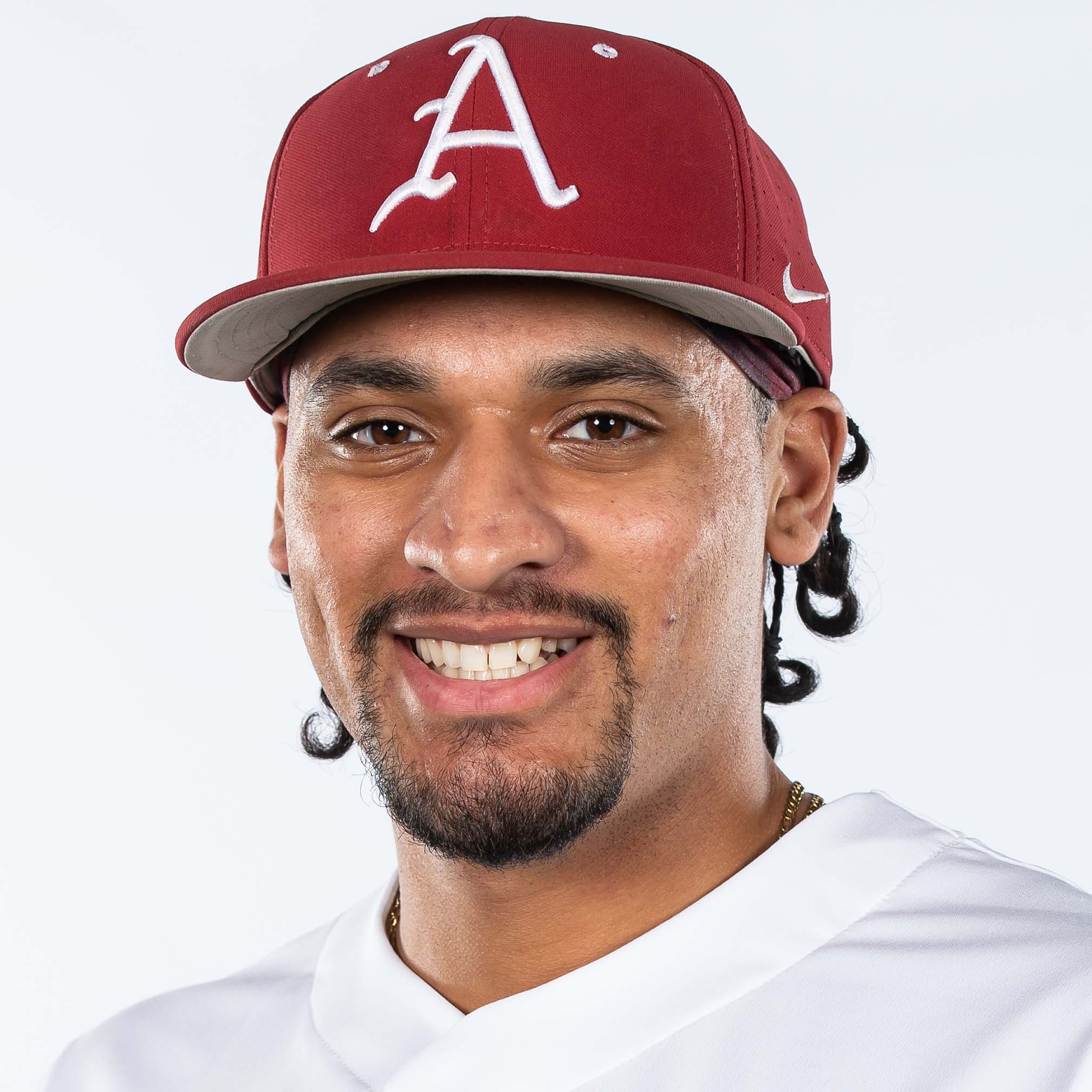 Started and played in 61 games (all 61 at shortstop), slashing .269/.371/.407 with six homers and 43 runs batted in … Scored 48 runs and tallied 58 hits on the year, including 12 doubles … Drew 33 walks and was plunked by four pitches … 14 multi-hit games and 11 multi-RBI games on the year … Recorded a season-high six-game hitting streak … Reached base in a season-long 12 consecutive games … One of five Razorbacks with five or more steals during the season, swiping five bases in seven attempts … Posted a .956 fielding percentage, committing 11 errors in 251 chances … Responsible for turning 34 double plays … Made his Arkansas debut against No. 3 Texas Tech (Feb. 20) in the State Farm College Baseball Showdown at Globe Life Field in Arlington, Texas, recording three hits with three RBI and two runs scored … Hit his first home run as a Razorback on the road at Louisiana Tech (March 12), driving in two runs and drawing a season-high three walks in Arkansas’ 9-7 extra-inning win … Collected three hits, including two home runs, and season-high four RBI in a 21-8 win against UCA (March 30) … Three hits at No. 11 Ole Miss (April 11), driving in two runs and scoring three runs … Recorded his second three-RBI effort of the season against Georgia (May 9) … Slashed .538/.647/.846 with seven hits, including a double and a homer, five RBI and five runs scored at the SEC Tournament (May 26-30) to earn MVP honors and help Arkansas win its first SEC Tournament title … Posted a .300/.588/.700 slash line with a homer, an RBI and seven runs scored during the NCAA Fayetteville Regional (June 4-7), earning a spot on the All-Tournament Team … Two doubles, an RBI and a run scored against No. 16 NC State (June 11) in Arkansas’ 21-2 win in game one of the NCAA Fayetteville Super Regional … Part of a Razorback offense that hit a school-record 109 home runs in 2021 … Helped Arkansas set a school record in fielding percentage with a .980 mark for the year.

Prior to Arkansas
Attended McLennan Community College in Waco, Texas … As a sophomore, hit .303 with two home runs, 18 RBI and 17 runs scored in 17 games played during the pandemic-shortened 2020 season … Hit .320 as a freshman in 57 games played during the 2019 campaign … Tacked on six home runs, driving in 42 runs, scoring 60 runs and stealing six bases … All six of his home runs came in conference play, helping McClennan reach the Region V finals of the NJCAA Tournament … Finished with the highest average (.320) on the team, fourth-highest slugging percentage (.532) and totaled the most hits (65), doubles (17) and runs scored (60) … Named second-team all-conference … In high school, was an all-district selection and was also named first team all-district in football and basketball … Named James Madison High School’s Athlete of the Year as a senior.