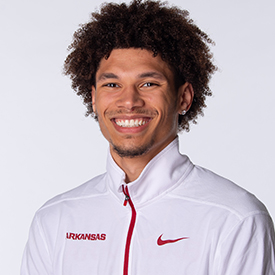 Red-shirt Sophomore (2019)
Competed in six meets during the indoor season… Posted a personal-best of 46.70 in the 400-meters at the Tyson Invitational… Finished eighth in the 400-meters at the SEC Indoor meet… Earned All-American honors in the 4×400-meters with a fourth-place finish at the NCAA Indoor Championships… Competed in seven meets during the outdoor season… Ran a leg on the bronze medal 4×400-meter relay at the SEC Outdoor Meet… Qualified for the NCAA West Prelims in the 400-meters finishing 17th-overall… Earned All-American honors in the 4×400-meter relay with a seventh-place finish at the NCAA Outdoor Championships…

Personal
Born on July 1, 1998 … Son of Shawndell and Tonya Reynolds … Has one sister; Justine and two brothers; Xavier and JT … Majoring in computer science.