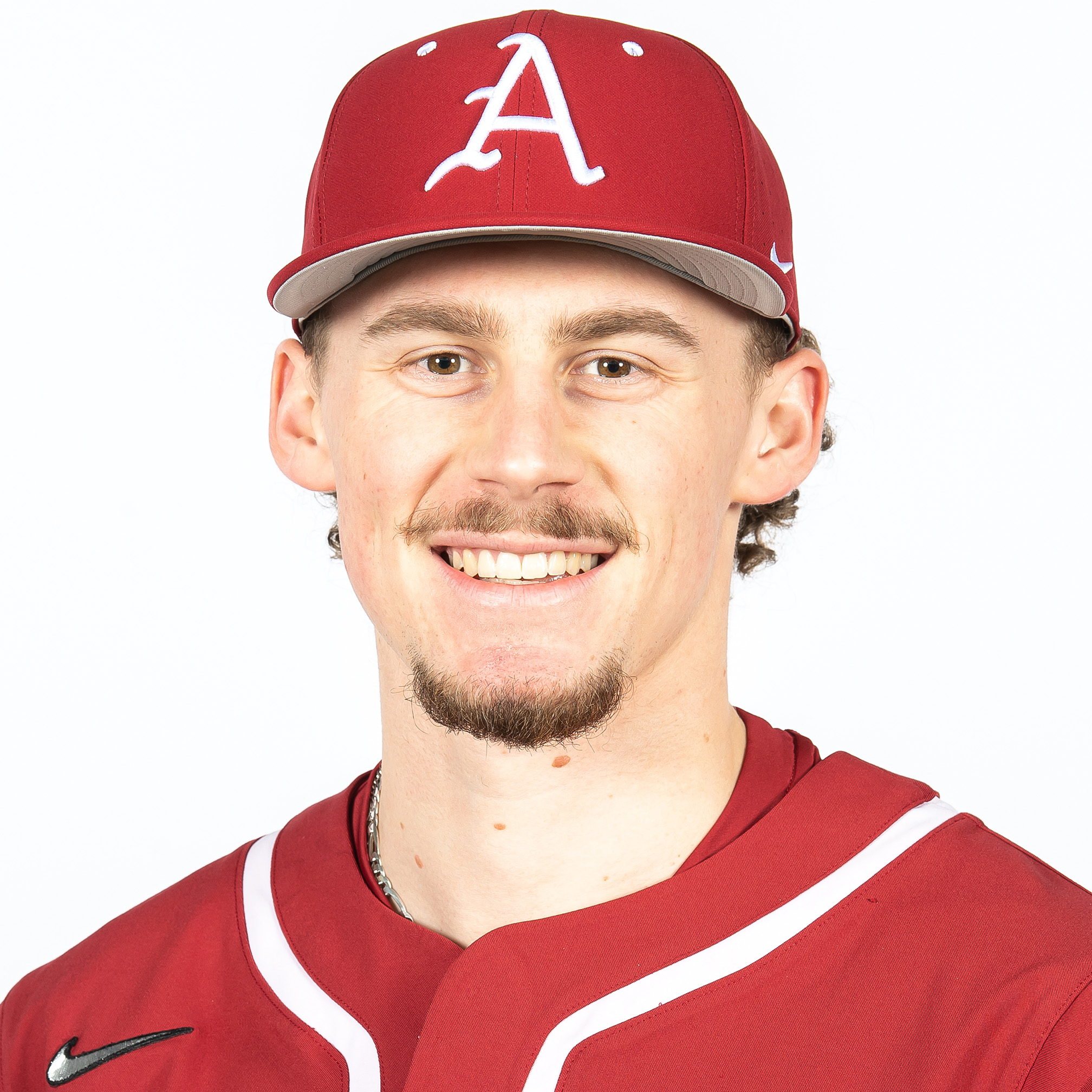 Sophomore (2022)
Made 17 appearances, including 15 starts, on the mound … Went 6-3 with a 6.55 ERA in 66.0 innings … Struck out 82 … Allowed 51 runs (48 earned) on 65 hits and 43 walks … Limited opposing hitters to a .253 batting average on the year … Turned in three quality starts … Picked off one runner … Made his season debut against Illinois State (Feb. 20), striking out five over five innings of one-run ball … Logged his first quality start of the year vs. Louisiana (Feb. 27) in the Karbach Round Rock Classic at Dell Diamond in Round Rock, Texas, allowing three runs on three hits and two walks while punching out four in six innings of work … Earned his second consecutive quality start in game two of a doubleheader against Southeastern (March 5), striking out seven over 6.1 innings of one-run ball … Made his first SEC start of the season against Kentucky (March 20), fanning eight over six scoreless innings to collect his third quality start of the year … Struck out over 7.1 innings on the road at Mizzou (March 27) … Turned in five innings of two-run ball against Mississippi State (April 3), logging five strikeouts … Racked up a season-high nine strikeouts against No. 15 LSU (April 16), allowing just two runs in 5.1 innings of work … Made his first relief appearance of the season vs. Florida (May 27) in the SEC Tournament, punching out a pair of batters in a scoreless frame … Named a preseason All-American by Baseball America entering the year … Member of a Razorback pitching staff that set a new school record with 674 strikeouts in 2022.

Freshman (2021)
Made 17 appearances, including four starts, on the mound as a true freshman … Posted a 3-1 record with a 5.09 ERA, striking out 28 batters in 23.0 innings pitched … Recorded four saves on the year, second most on the Razorbacks behind only RHP Kevin Kopps (11) … Limited opposing hitters to a .227 batting average … Allowed 13 runs on 20 hits and 14 walks … Began his collegiate career with four consecutive scoreless outings, striking out multiple batters in each of his four appearances … Made his debut against No. 10 TCU (Feb. 22) in the State Farm College Baseball Showdown at Globe Life Field in Arlington, Texas, striking out the side in an inning of work … Earned his first save of the season against Murray State (March 5), fanning two of three batters faced … Recorded his second save on the road at Louisiana Tech (March 12), once against striking out two opposing hitters … Earned a multi-inning save at No. 2 Mississippi State (March), throwing two scoreless frames with a strikeout against the Bulldogs … Made his first start of the season against Arkansas State (May 11), fanning three in two scoreless frames … Started against No. 9 Florida (May 22), striking out a pair in three scoreless innings … Went a season-long 3.2 innings in a start against No. 4 Tennessee (May 30) in the championship game of the SEC Tournament, punching out five while allowing just one run on four hits … Started against No. 19 Nebraska (June 7) in a decisive game three during the NCAA Fayetteville Super Regional, recording two strikeouts in two innings of action … Member of an Arkansas pitching staff that set a school record with 657 strikeouts in 2021.

High School
Attended Roland High School in Roland, Okla. … Ranked No. 129 in the country and seventh overall in Oklahoma according to Perfect Game … Named to Perfect Game’s 2020 Preseason West – All Region 1st Team … Was a 2nd Team Preseason Underclassman Perfect Game All-American in 2019 … Named to the All-Tournament Team in the 2019 PG 17U World Series … Also a standout basketball player.