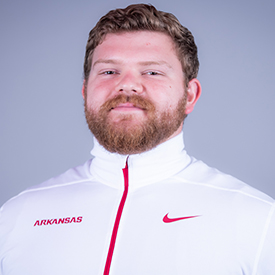 Freshman (2015)
Utilized a redshirt during his first season on campus … Qualified for the US Junior National Championships in the shot put.

Personal
Born on June 28 … He is the son of Mark and Theresa Rogers … He has one sibling Brian … Majoring in kinesiology, psychology, and history … Rogers was an SEC Honor recipient.