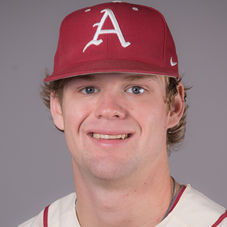 Made 11 appearances on the mound as a true freshman … Recorded 20 strikeouts in 13.2 innings of work and added a 7.90 earned run average … Allowed one earned run or less in seven of his 11 outings … Recorded a season-high five strikeouts in 2.0 innings in the opening game of the year against North Dakota (Feb. 13) … Tossed a season-long 3.0 innings with four strikeouts at Vanderbilt (March 14).

Ranked as the 129th-best recruit nationally and the second-best recruit in the state of Indiana according to Perfect Game … Named a 2013 first team preseason high school underclassmen All-American and a 2012 second team preseason high school underclassmen All-American by Perfect Game … Earned All-State and All-Conference honors as a junior after compiling a 4-0 record with a 2.07 ERA and hitting .373 with three home runs and 26 RBI … Selected to play for the White Sox in the 2013 Area Code Games … Coached by Andy McClain at Norwell High School … Played his summer baseball with the Indiana Bulls, coached by Quinn Moore … Also played basketball and football in high school.

Son of Jim and Carla Patten … Has one brother, Noah … Majoring in Sports Management and Marketing.