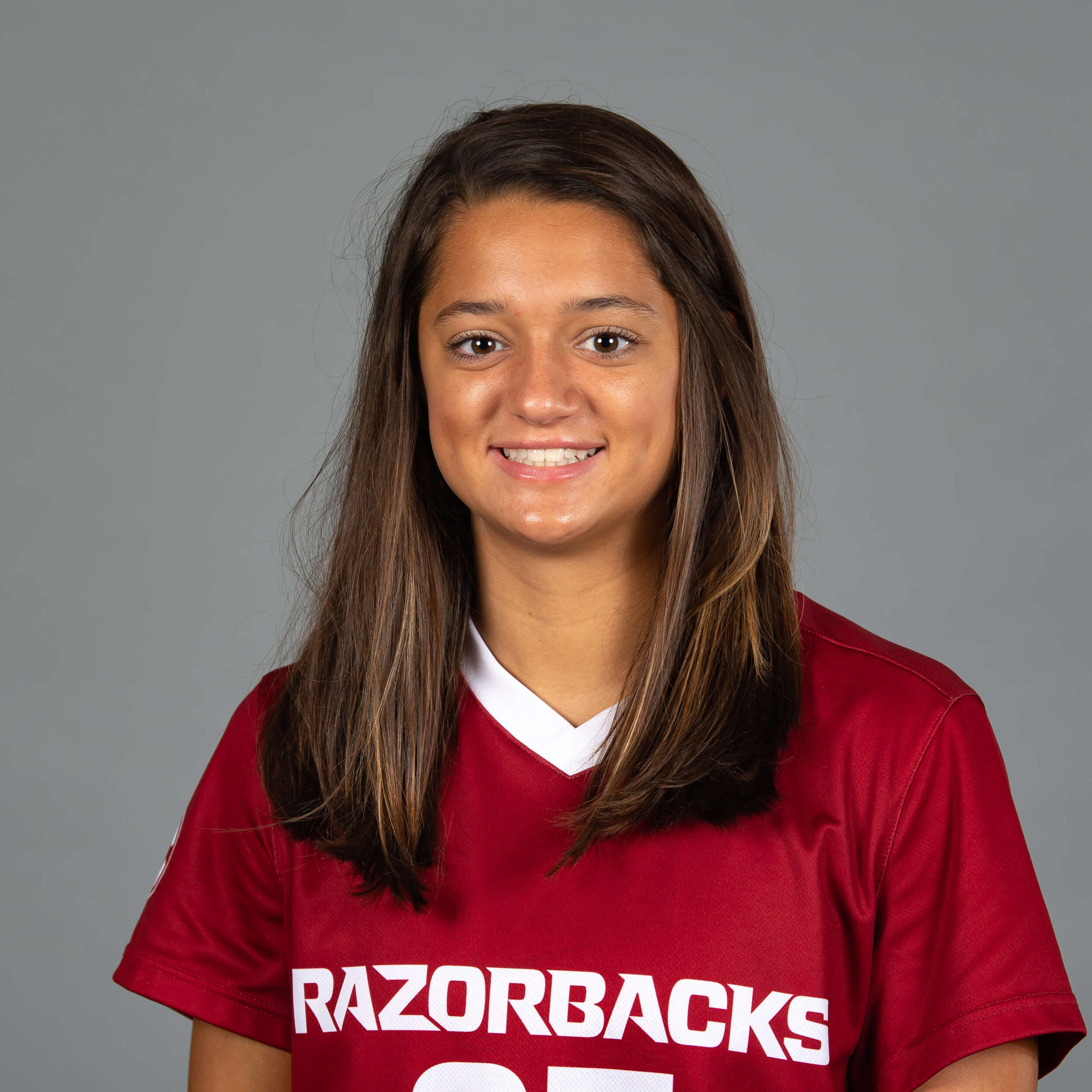 As a Junior (2020-21)
Made an appearance in 15 matches, logging 478 minutes… Put away a goal in Arkansas’ second round win against Utah Valley (May 1) in the NCAA Tournament… Played 87+ minutes in back-to-back games at Arkansas State (Mar. 20) and against UVU… Named to the SEC Fall Academic Honor Roll, majoring in Finance: Financial Management/Investments.

As a Sophomore (2019)
Played in 16 matches, logging 388 minutes … Made an appearance in all five postseason matches and tallied a goal against North Texas (Nov. 15) in the first round of the NCAA Tournament … Played in a career-high 39 minutes in a 1-1 tie with Minnesota in Oxford, Miss. … Got two shots off against the Gophers.

As a Freshman (2018)
Played in nine matches, logging 111 minutes … Made appearances in four conference matches and also appeared in the SEC Tournament Quarterfinals against Ole Miss (Oct. 30), as well the NCAA Tournament First Round match against Little Rock (Nov. 9) … Played a career-high 36 minutes against the Trojans … Made her collegiate debut against No. 9 West Virginia (Aug. 19) and made her conference debut at Georgia (Sept. 13) … Named to SEC First-Year Academic Honor Roll, majoring in Pre-Business.

High School
Scored 40 goals while also notching 27 assists (107 points) over the last three seasons for Weddington High School … Part of 2016 and 2017 3A North Carolina state championship team, winning 20 or more matches each year … Named an all-conference player in 2015, 2016, and 2017 … Also named to the All-Region team in 2016 … Recipient of the 2016 Weddington Warrior Award and 2015 Weddington Coach’s Award … Named 2012 Young Female Player of the year by the Greater Charlotte Soccer Gala.

Personal
Daughter of Sean and Sarah Van Gundy … Has two brothers, Owen and Eli … Plans to major in business.