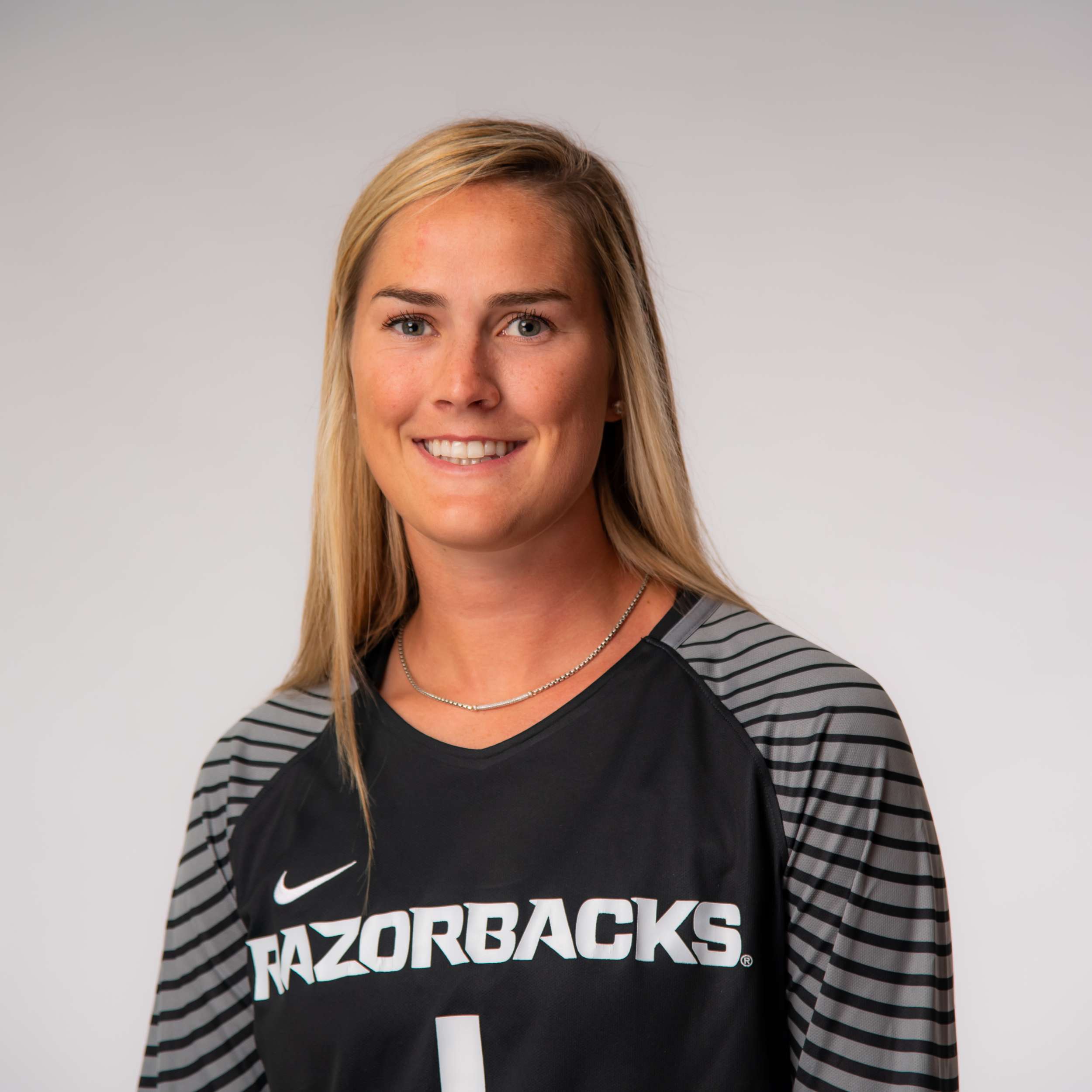 As a Junior at TCU (2018)
Appeared in and started in seven games, playing the entirety of six matches… Totaled 625 minutes in goal… Tallied three solo shutouts and combined on another… Posted a goals against average of 0.72 and save percentage of .750… Posted a 4-0-2 record… Collected a total of 15 saves on 20 shots faced… Tallied two saves in a shutout against Alabama (Aug. 17)… Started and recorded two saves in 45 minutes of action in a combined shutout over McNeese State (Aug. 19)… Made three saves on five shots faced in a tie against SMU (Aug. 26)… Totaled a season-high four saves in her second shutout of the season against Pittsburgh (Aug. 30)… Recorded her third solo shutout in a win at Little Rock (Sept. 7)… Made two saves on three shots in a win over nationally-ranked Butler (Sept. 16)… Made a save in her final match of the season against Iowa State (Sept. 21).

As a Sophomore at TCU (2017)
Played in all 22 games and started 19… Helped TCU tie a school-record with eight shutouts, seven of which were solo efforts… Played a total of 1,795 minutes in goal… Led the Big 12 with an .835 save percentage… Ranked second in the league with a 0.65 goals against average… Made 66 total saves on the year to rank fifth in the league… Posted an 11-4-3 record… Posted a shutout in her first start of the season against ULM (Aug. 19)… Made her first save of the season in her only half of work against UTSA (Aug. 20)… Stopped one of two shots faced in a loss at Colorado (Aug. 25)… Made two saves on three shots in lone half of work at Northern Colorado (Aug. 27)… Stopped four of five shots in a win over Ball State (Sept. 3)… Put together a shutout streak of 581:15 spanning eight games… Stopped all four shots faced in 63:15 against Missouri (Sept. 3) …. Turned in scoreless second half and combined to make four stops against Northeastern (Sept. 8) and at SMU (Sept. 14)… Stopped three shots in a 4-0 win at Stephen F. Austin (Sept. 17)… Only needed to make one stop in a double-overtime win against Kansas (Sept. 22)… Didn’t face a shot in shutting out Kansas State (Sept. 24)… Suffered first loss of the season against Oklahoma State (Sept. 29)… Stopped all five shots faced in an overtime win at Texas Tech (Oct. 1)… Made four saves on five shots in a 1-1 tie at Texas (Oct. 6)… Recorded four saves in a shutout of Oklahoma (Oct. 13)… Made one save in an overtime win at Iowa State (Oct. 19)… Stopped four of five shots faced in a win over Baylor (Oct. 27)… Made seven saves on eight shots and stopped two of four penalty kick shots to help TCU advanced past Kansas (Nov. 1) in the quarterfinals of the Big 12 Championships … Recorded four stops on five shots and made one save in penalty kicks against West Virginia (Nov. 3) as TCU advanced to the championship game … Tallied a season-high nine saves on 11 shots faced in the championship game against Baylor (Nov. 5) … Made seven saves on nine shots in the NCAA Tournament game at Arizona (Nov. 10).

As a Freshman at TCU (2016)
Appeared in all 21 games, making 10 starts… first 11 appearances of the season came off the bench to start the second half of matches… totaled a team-high 1420:39 in goal… posted a 1.20 goals against average… made 59 saves for a .756 save percentage… posted three complete-game shutouts… assisted on five other shutouts… posted an 8-6-2 record in goal… faced a total of 209 shots… made three saves in her collegiate debut at Maryland on Aug. 19 in helping TCU to a 2-1 overtime win… stopped three more shots in an overtime win at Navy (Aug. 21)… helped TCU record its second-straight shutout, stopping the only shot she faced in the second half at Lamar (Aug. 28)… surrendered her first goal of the season against Illinois and made six saves on Sept. 2… contributed one save in the second half of a 7-0 win over Texas Southern (Sept. 4)… allowed a goal on three shots in a tie against Washington State (Sept. 9)… stopped three shots in TCU’s fourth shutout of the year against Oral Roberts (Sept. 11)… made just one save each in a win over Austin Peay (Sept. 16) and a loss at Oklahoma (Sept. 23)… tallied six saves in an overtime win against SMU (Sept. 25)… first start of the year came on Oct. 7 at Iowa State… made five saves in a 0-0 tie against the Cyclones… contest started a string of five straight matches in which she played the entirety… made seven saves in a loss to West Virginia (Oct. 21)… made the only save she needed in a 1-0 shutout victory over Texas Tech (Oct. 23)… made two saves in shutting out Kansas in the Big 12 Championships quarterfinals on Nov. 2… posted a career-high nine saves in an overtime loss to West Virginia in the Big 12 Championship game on Nov. 6.

High School
Was the goalkeeper for the 97 Dallas Sting and head coach Tatu… helped lead her team to the 2014 ECNL National Championship… squad placed third at the 2013 ECNL National Championships… named one Top Drawer Soccer’s Top 11 players (GK) for 2014 National Championship tournament… ranked No. 20 on the 2015 TopDrawerSoccer.com regional rankings… four year varsity letter winner at Ursuline Academy of Dallas… helped lead her team to the TAPPS Div. 1 Championship in 2012, 2013 and 2014… was a member of the 2014 TAPPS All-State Tournament Team… also named to the TAPPS All-State team in 2013 and 2014… is a three-time TAPPS All District performer… also scored 56 goals in her high school career.

Personal
Parents are Mark and Susan… has one sibling, Will.