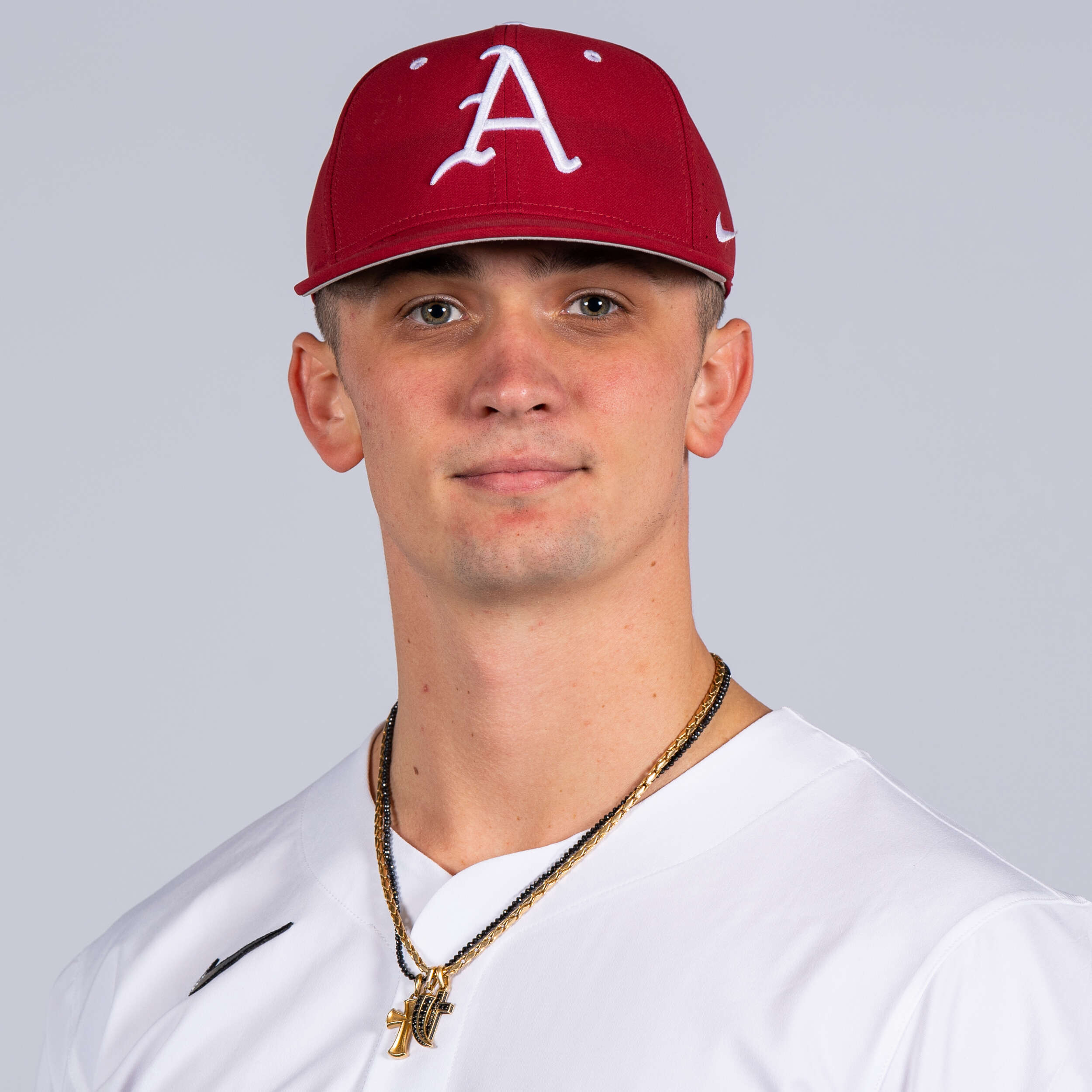 As a Senior at Houston (2020)
Friday night starter that posted a 1-2 record with 4.58 ERA in four starts … recorded 19 strikeouts to eight walks in 17.2 innings pitched … limited opponents to .306 average … struck out six in season-opener against Youngstown State (Feb. 14) … recorded win over Stanford (Feb. 21), throwing 4.2 innings and allowing one run on four hits, while striking out four … also made four starts between first base and designed hitter … was 2-for-16 (.125) with one RBI.

As a Sophomore (2018)
Was Houston’s go-to player, seeing action at 1B, DH, OF and on the bump during his sophomore campaign…Named to the All-Conference Second Team as a utility player…Appeared in 62 games, starting all 62…Hit .297 with 68 hits, 43 runs and 44 RBI…The 44 RBI ranked second on the team…Led Houston with 47 walks…Belted three home runs at UConn (May 11), at Southeastern Louisiana (May 18) and vs. Purdue in the NCAA Chapel Hill Regional (June 1)…Was second on the team with 11 multi-RBI game sand fourth on the team with 20 multi-hit games…Had a four-hit game, going 4-for-4 with two RBI in a win over Wichita State (April 22)…Drove in four RBI on three hits in a win at UConn (May 11)…Hit .284 during conference play…Hit .310 during postseason play, going 9-for-29 with 12 runs scored, a team-high and five RBI…Reached base in 17 straight games from March 11 — April 8…Opened the year with a nine-game hit streak…Had five hits, scored five runs and drove in three RBI during NCAA Chapel Hill Regional…Also saw action on the mound, making 13 appearances and five starts…Owned a 6.64 ERA and a 1-2 record with three saves…Struck out 22 in 20.1 innings…Made starts vs. Rice, Sam Houston State, Texas, Sam Houston State and North Carolina…Struck out five through 4.1 innings in a 1-0 win over Sam Houston State (April 17)…Made first career appearance at Cal State Fullerton (Feb. 24), tossing 1.1 innings without allowing an earned run…Tossed a season-long 4.1 innings in first career win vs. Sam Houston State…Earned saves over San Diego (March 10), at Tulane (April 15) and vs. ECU (May 24) in the American Championship…vs. ECU, tossed 1.1 shutout innings with two strikeouts…Helped Houston to a conference regular-season title and an at-large bid to the NCAA tournament.

As a Freshman (2017)
Appeared in 56 games, making 52 starts as a true freshman…Saw action in the outfield and at first base…Hit .276 on the year with 48 hits, 36 runs and 27 RBI…Hit nine doubles, one triple and one home run…Was 5-for-6 on the base paths…Walked 28 times…Had 11 multi-hit games and four multi-RBI games…Made his collegiate debut vs. Wake Forest (Feb. 17) in right field and went 2-for-4 with a run and RBI…Opened 2017 with a hit in his first eight games, including a three-hit game vs. UT Rio Grande Valley (Feb. 28)…Had a season-high four-hit game with three doubles in a win at Memphis (April 13)…Belted first career home run at USF (April 29)…Drove in a season-high four RBI with three hits in NCAA Houston Regional win over Baylor (June 3)…Went 3-for-3 with two doubles, a run and RBI in American Championship win over UConn (May 25)…Drove in a pair in the American Championship game vs. East Carolina (May 28)…Entered the American Championship, hitting .245 and finished year hitting .276, going 12-for-27 (.444) with seven runs and 10 RBI in final eight games of the year…Named to American Championship All-Tournament Team…Helped Houston to a regular-season and conference tournament championship title as well as the No. 1 seed in the NCAA Houston Regional.

Friendswood High School
Was a four-year varsity letterwinner at Friendswood High School…Named a Regional First Team All-American by Rawlings/Perfect Game…Earned First Team All-State honors at first base…Named his District’s MVP….Was a member of the Texas All-Star Team…Honored as the Galveston County MVP…Was a part of the Perfect Game Texahoma Region Dream Team in 2016…Was a 2016 SACSN 3 Arrow National Team Award Winner…Name dot the Texas Sports Connection Top 50 players in Texas High School Baseball…Featured in the VYPE Baseball Preseason issue…Played summer ball for the highly-touted Banditos organization…Hit .590 and was 6-0 on the bump with a 1.26 ERA…Helped high school team to a District Championship, four playoff appearances, a Regional Semi-Final and an Area Final…Also played football and basketball…Off the field, was a scholarship recipient of the U.S. Marine Distinguished Athlete Award and was a member of the Student-Athlete Community Service Network (SACSN).