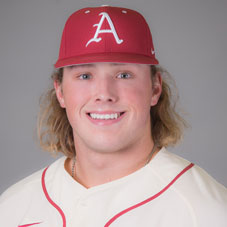 Personal
Son of Jon and Diana Krull … Has one sister, Hannah … Plans to major in Sports Management and hopes to go into coaching and scouting after playing career … Chose Arkansas because of its education and baseball program and is able to go to school with his sister.