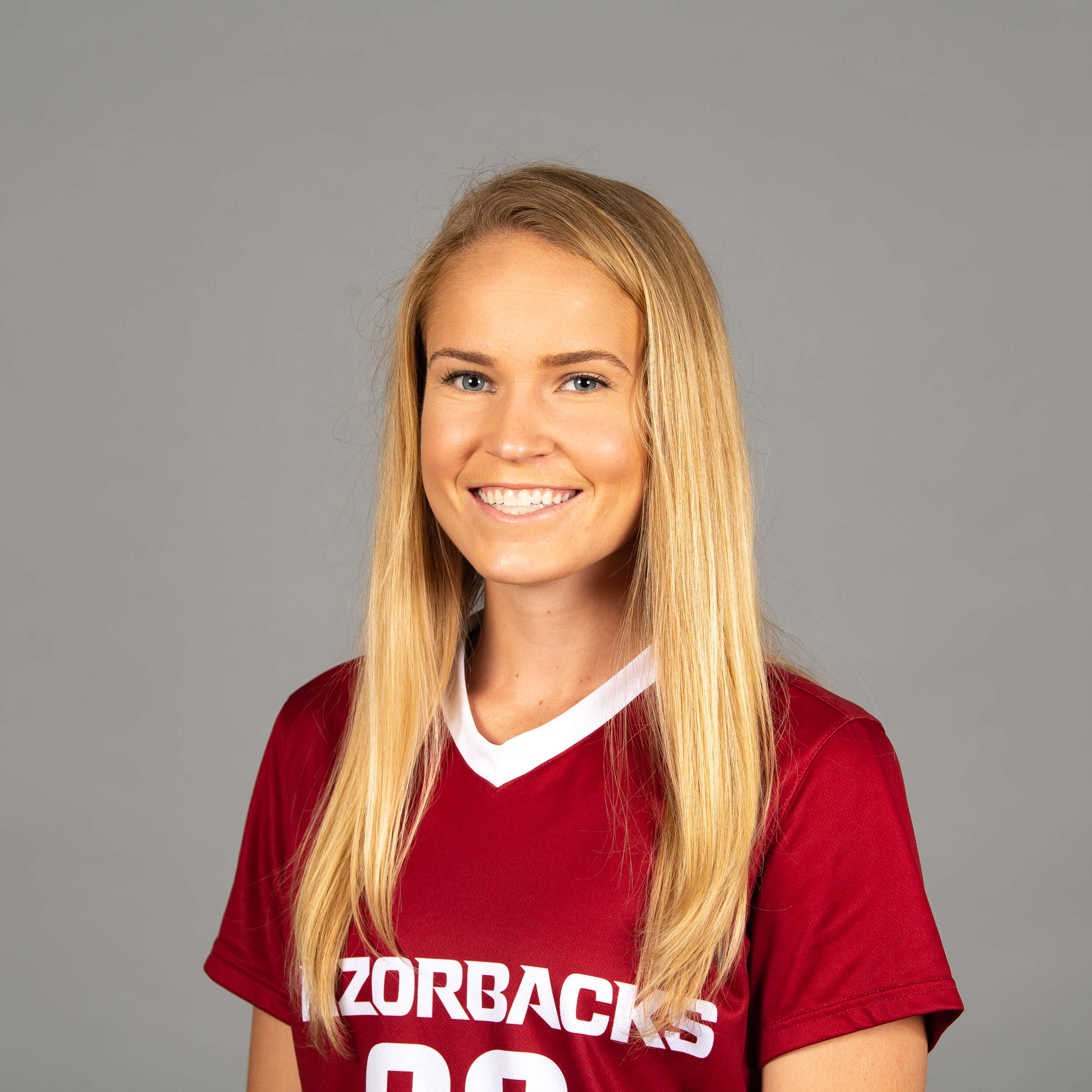 As a Senior (2019)
Made an appearance in eight matches, logging 107 minutes … Dished out an assist in Arkansas’ 7-0 win over Lamar on Sept. 5 … Played a season-high 35 minutes against LU … Got off three shots during the season playing primarily in the midfield.

As a Junior at Villanova (2018)
Did not appear in a match for the Wildcats … Named to Big East Honor Roll … Earned B.S. in Accounting with a minor in Psychology

As a Sophomore at Villanova (2017)
Appeared in 16 games while making 10 starts … Totaled 976 minutes on the pitch … Dished out two assists for two points … Took two shots and placed one on goal for a .500 shot on goal percentage … Appeared and started in eight conference contests … Totaled 638 minutes in conference play … Dished out an assist at Marquette (Sept. 28) and at Seton Hall (Oct. 5) … Named to Big East Honor Roll.

As a Freshman at Villanova (2016)
Appeared in all 18 games and made 16 starts on defense during her freshman season … Totaled 1,509 minutes on the pitch … Scored one goal at Saint Joseph’s (Sept. 9) … Took six shots and placed two on goal for a .333 shot on goal percentage … Part of the Villanova defense unit that contributed a shut-out victory over Seton Hall (Oct. 28) … Appeared in all nine conference contests and started in eight … Totaled 751 minutes against league opponents … Took two shots against conference teams … Named to Big East Honor Roll.

Personal
Parents are Brian and Debbie Wilson … Has one brother, Scott, and one sister, Ashley.