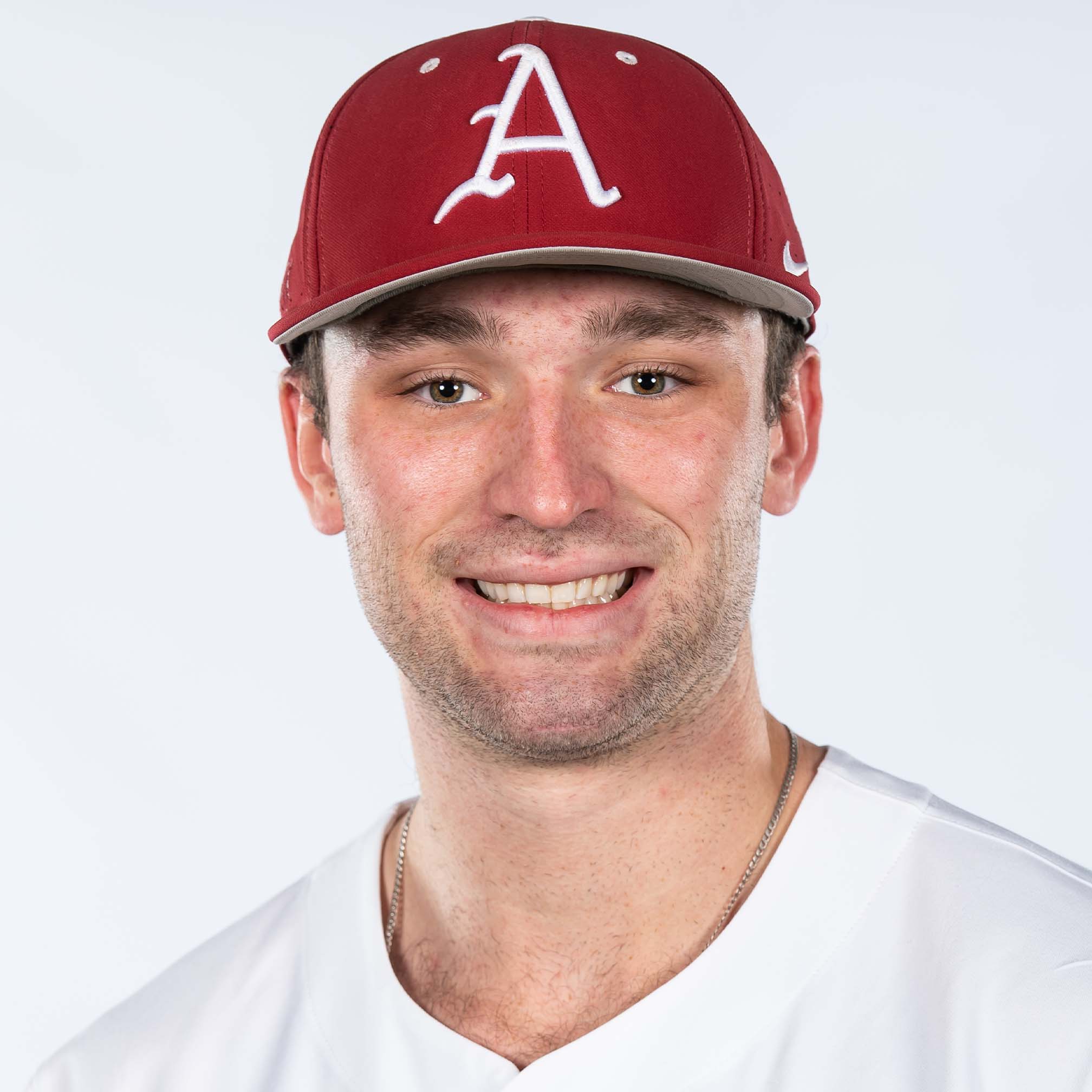 Made nine appearances with three starts on the mound … Went 2-0 with a 3.95 ERA in 13.2 innings … Struck out 18 on the year … Allowed six runs on 14 hits and eight walks … Made his season debut against Illinois State (Feb. 19), striking out two in 1.1 innings of relief work … Earned his first start of the season against Omaha (March 2), tossing 2.2 innings of one-run ball … Picked up his first win of the year in a relief appearance against (UIC) … In a start against Grambling (March 15), punched out a season-high six over a season-long four innings of two-hit, one-run ball to earn his second win of the campaign … Threw a perfect frame in relief with three strikeouts against UCA (April 5) … Fanned four in 2.1 innings of work against Arkansas State (April 19) … Member of an Arkansas pitching staff that set a new school record with 674 strikeouts in 2022.

Freshman (2020)
Pitched twice in relief for Arkansas as a freshman in 2020 … Made his first appearance against South Alabama on March 6 … Worked 1.1 innings of relief, allowing one run on two hits, striking out one of the six batters he faced … Also pitched against Grand Canyon on March 11 for a-third-of-an-inning … Struck out the first batter he squared off against in the fifth inning, allowing two hits before giving way to another reliever … Was charged with the two runs after the baserunners scored later in the inning.

High School
Played for head coach Domenic Mussat at Shawnee Mission Northwest High School …. Top 500-player in the nation according to Perfect Game … Rated as the No. 6 player in the state of Kansas and top RHP by PG … Preseason PG 2019 All-American and All-Region honoree … Was a four-year letter winner and two-year starter in high school … Also a team captain … Ranked seventh overall and second as a pitcher in the state of Kansas, according to Prep Baseball Report … Named second team all-state as a junior … Posted a 5-1 record with a 2.33 ERA and 41 strikeouts in 33 innings of work in 2018 … Was named All-Sunflower League honorable mention as a sophomore.