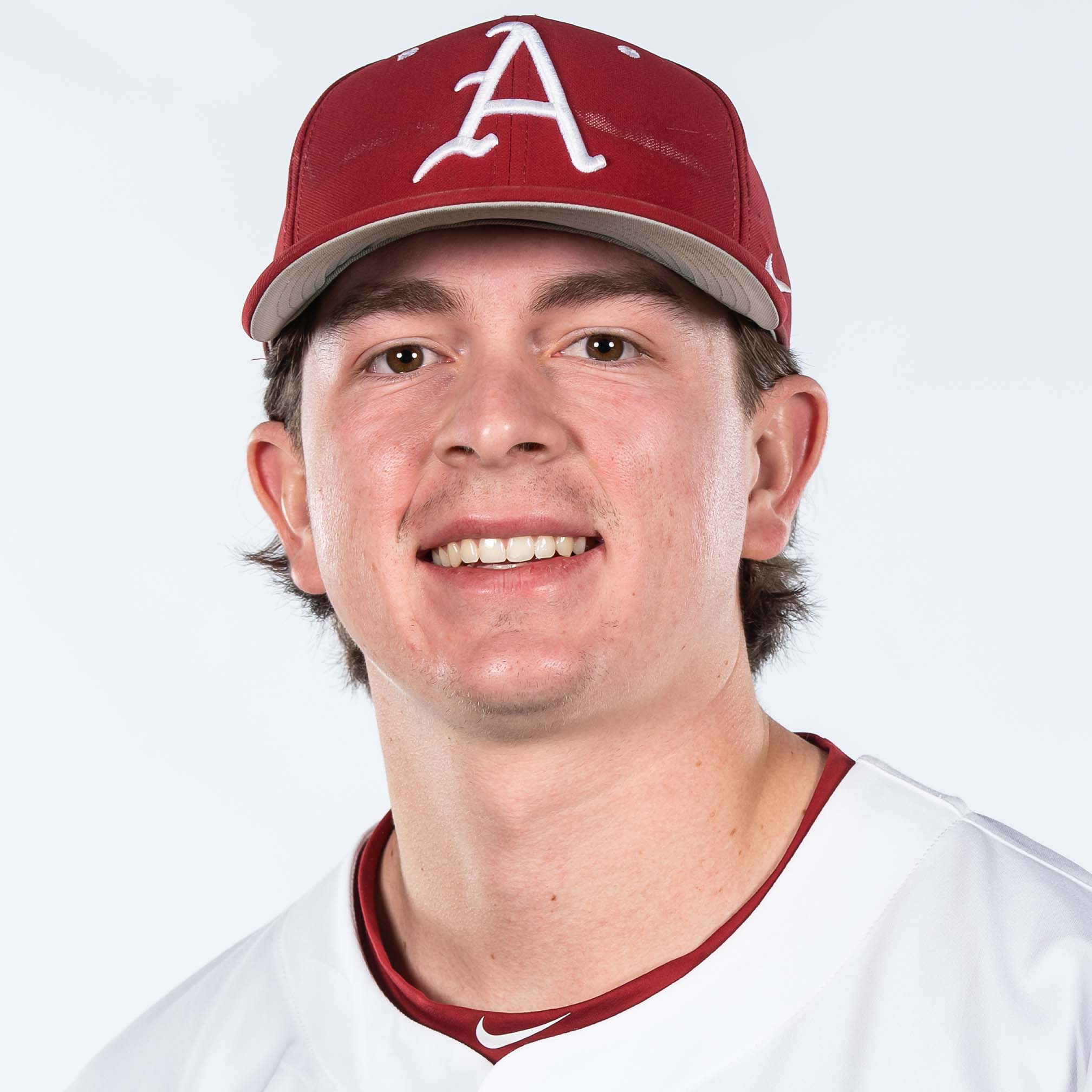 Made six appearances, including one start, on the mound … Recorded a 7.71 ERA in seven innings of work, striking out 12 and walking just one … Allowed seven runs (six earned) and 12 hits for the year … Made his season debut against No. 6 Stanford (Feb. 27) in the Round Rock Classic and struck out a batter … Recorded a strikeout in a scoreless appearance against UIC (March 10) … Pitched a career-long 2 1/3 innings against Little Rock (March 29), punching out a career-high five batters while allowing two runs (one earned) on four hits and no walks … Earned his only start of the season against UCA (April 5) and struck out one … Fanned two in a scoreless relief outing against Arkansas State (April 20) … Threw two innings at Alabama (May 21), allowing two runs on three hits and a walk while striking out two … Member of an Arkansas pitching staff that set a school record with 674 strikeouts in 2022.

Two appearances, including one start, on the mound for the Razorbacks … Posted a 3.00 ERA in three innings of work on the season, striking out five and limiting opposing hitters to a .091 batting average … Made his Arkansas debut in a start against Memphis (March 24), striking out three in two hitless innings … Came out of the bullpen against UAPB (April 14) and struck out two in a scoreless frame … Member of an Arkansas pitching staff that set a then-school record with 657 strikeouts in 2021.

Sophomore (2020)
Redshirt season … Sat out the year due to transfer rules.

Freshman at Wichita State (2019)
Pitched in 16 games as a true freshman … Started one game and picked up a save after tossing 19.2 innings … Struck out 14 and walked 13 … Put together scoreless outings in eight of 16 appearances … Went a season-high 2.2 innings in back-to-back games against Rhode Island (March 16) and Omaha (March 26).