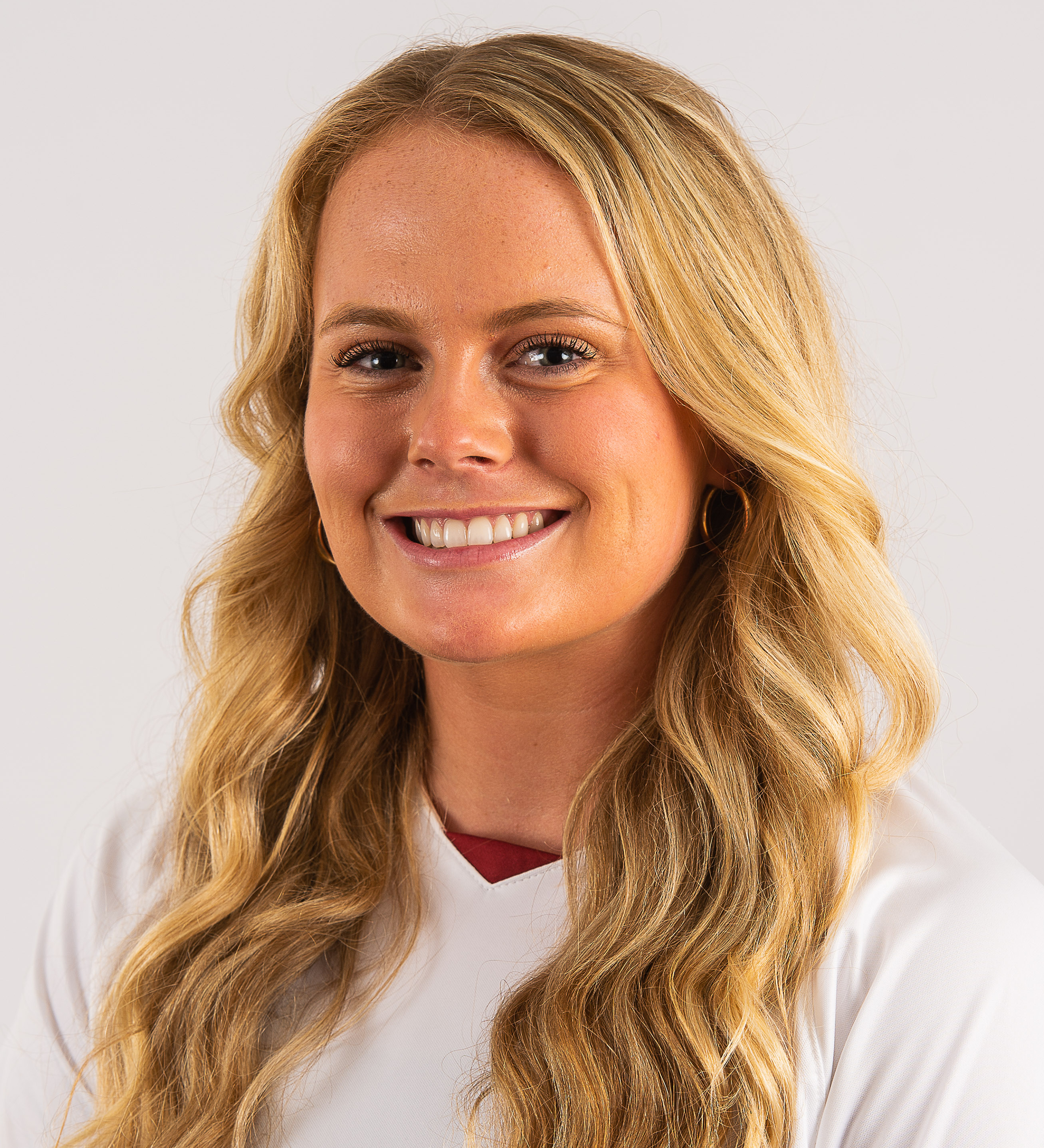 Played in 21 matches, getting the start in 18, including three of the Hogs’ NCAA Tournament matches… Tallied a total of 1,508 minutes, recording 90+ in seven matches… Has recorded three goals in every season at Arkansas… Her goal versus Rutgers allowed the Elite 8 match to go to overtime… Made the SEC Fall Academic Honor Roll for the second straight year.

As a Sophomore (2020-21)
Got the starting nod in all 16 matches… Recorded three goals playing as a defender… Put away the game-winner in the season opener against LSU (Sept. 19) and the spring opener with Missouri State (Feb. 23)… Logged a total of 1,292 minutes during the season and played the full 90 in four of the final five matches to close out the season… Named to the SEC Fall Academic Honor Roll as a Nursing Major.

As a Freshman (2019)
Made a start in eight matches, appearing in all 23 and logging 1,136 minutes … Tallied three goals playing primarily as a defender and had back-to-back games against Lamar (Sept. 5) and McNeese State (Sept. 8) with a goal … Dished out an assist to Bryana Hunter at Auburn on Oct. 24 … Played a season-high 87 minutes in matches against Oklahoma (Aug. 25) and at Tennessee (Oct. 31) … Started in the second round of the NCAA Tournament against NC State (Nov. 21) and played 76 minutes.

High School
Attended 2017 ECNL/ID2 National Training Camp in Portland, Oregon … Played with the Dallas Sting ECNL U18/U19 team and helped her team to eight shutouts in their first nine matches … District champion (2018) and area champion (2017, 2018) … Was named an all-area and all-district player as a junior and was also the team’s offensive player of the year … Earned district offensive MVP honors in 2016 and 2017.