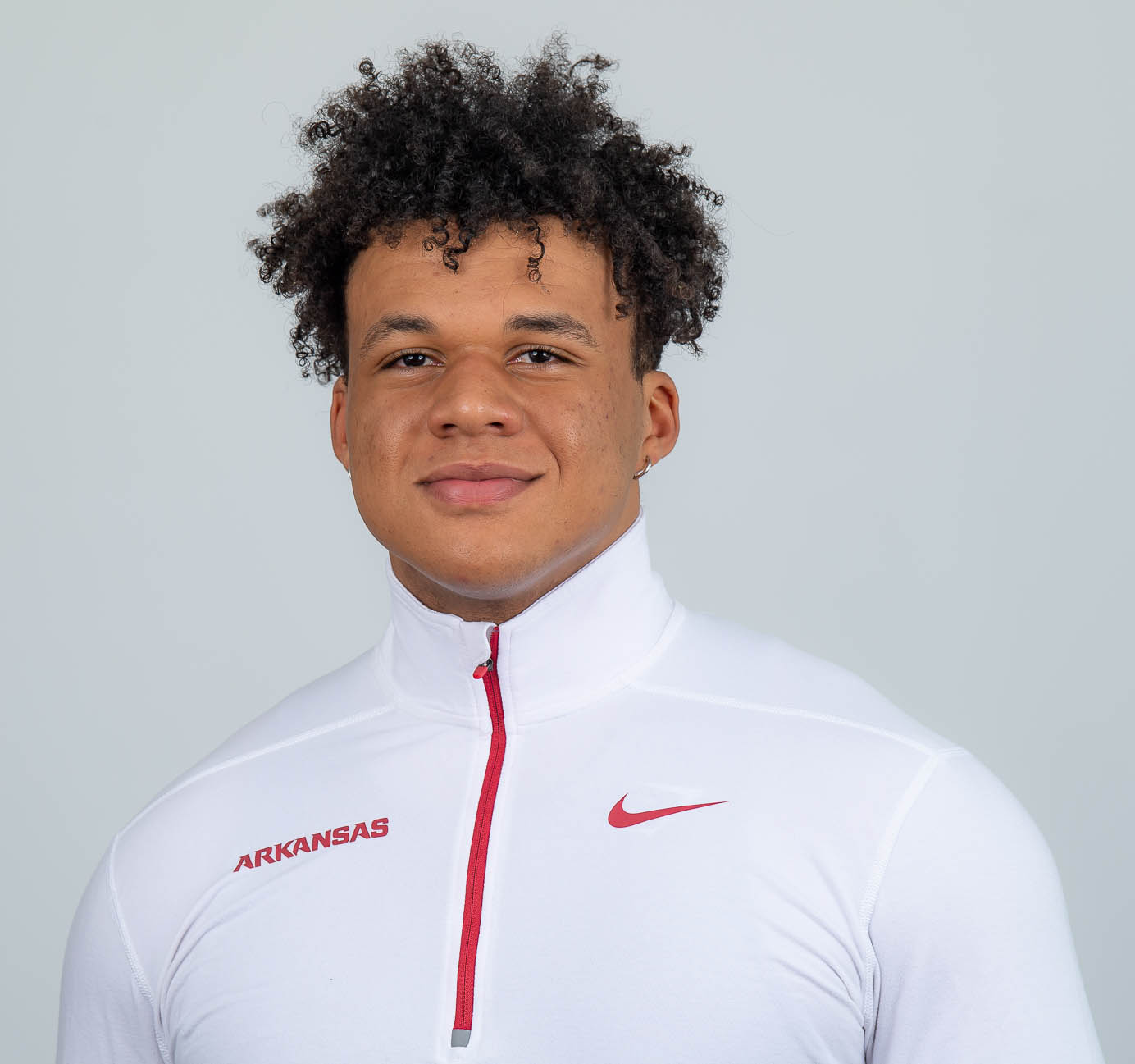 Personal
Ruben Earl Banks was born November 17, 2001 in London, England … Hometown is Binfield, England … Son of Moirah van Niekirk … Has four siblings, Chloe, Robert, Ryan, and Aaliyah … Brother Robert plays basketball and competed for England … Majoring in Business … Ambition is to be great at whatever he does … Favorite athletes are Kibwe Johnson and Sergey Litvinov, a three-time finalist in hammer at IAAF World Championships … Person he most admires is his mother … Can play the tuba … Chose Arkansas because it’s a great opportunity with great coaches and a great history.