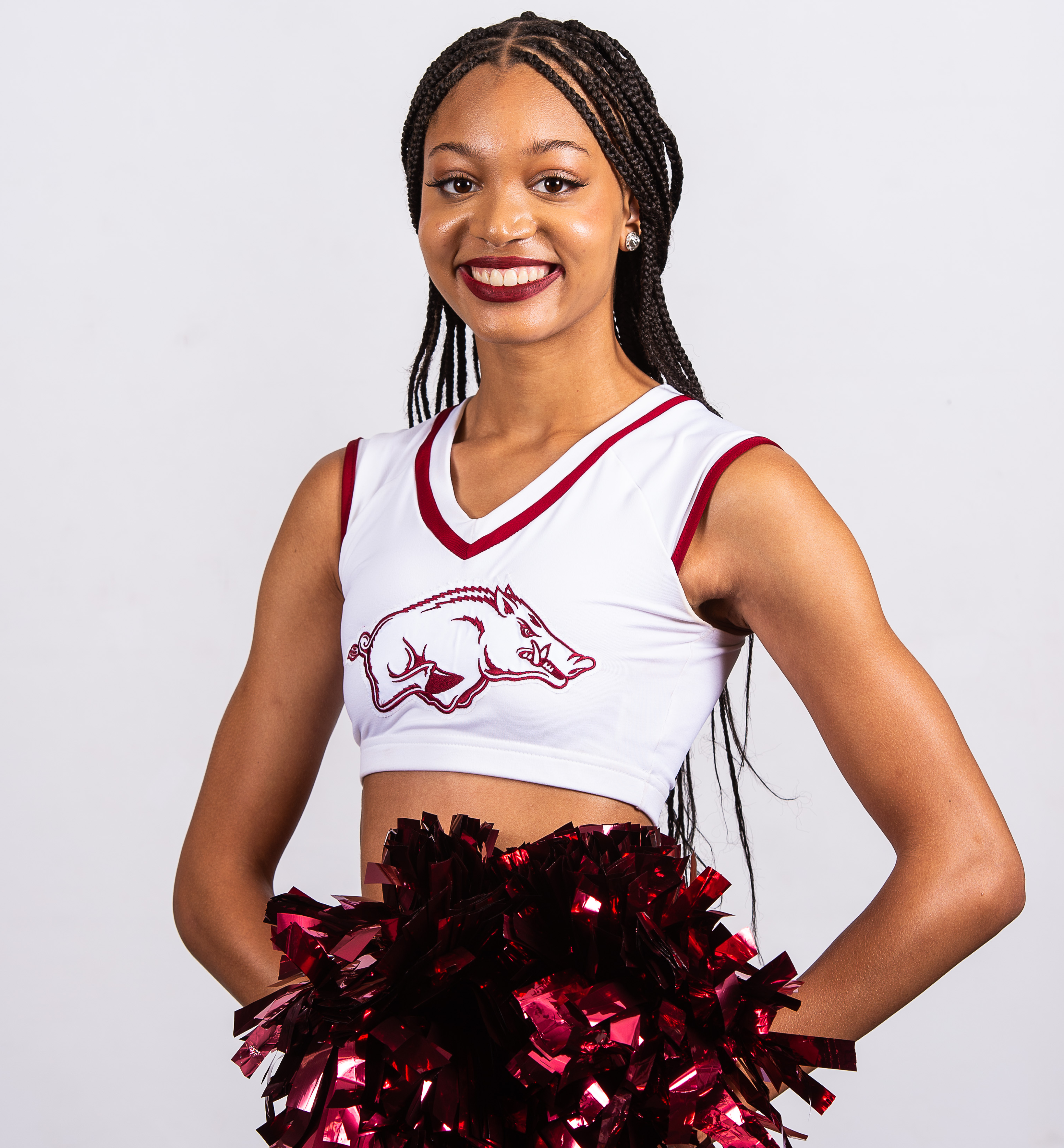 Year on the Team: Second Year

How Long Have You Been Dancing? 16 years

Accolades: Graduated with special honors; received the Delta Award for Leadership, and the Performance Award

Hobbies Outside of Dance: Outside of her time spent dancing, Ryan loves photography, thrifting, and spending time with her Old English Bulldog, Kobe.

Why did you choose the University of Arkansas?
“After being born in Northwest Arkansas, the Natural State has always had a special place in my heart. I danced at BAKStage Dance Company under the tutelage of former Pom Squad members Angel Beasley and Britney Fox, so naturally I was inspired to become a member.
At the age of ten, I moved to Jackson Mississippi. It has been eight years since I have lived in Northwest Arkansas and my heart still feels like it’s my home.
The University of Arkansas provides the opportunity to study Exercise Science, and my dream to make the Pom Squad came true. I remember calling the Hogs for the first time at a home football game. I was five years old, mesmerized by all the love people had for the Razorbacks. As I got older, I realized that living in Northwest Arkansas was more than football games and Hog-calling, it is a mecca of people from all walks of life living in unity. Experiencing the diversity and community again would be a full circle moment. I can’t wait to see what the future holds.”

Personal
Ryan was born in Springdale, Arkansas and is the daughter of Walter and Shante Crockett.