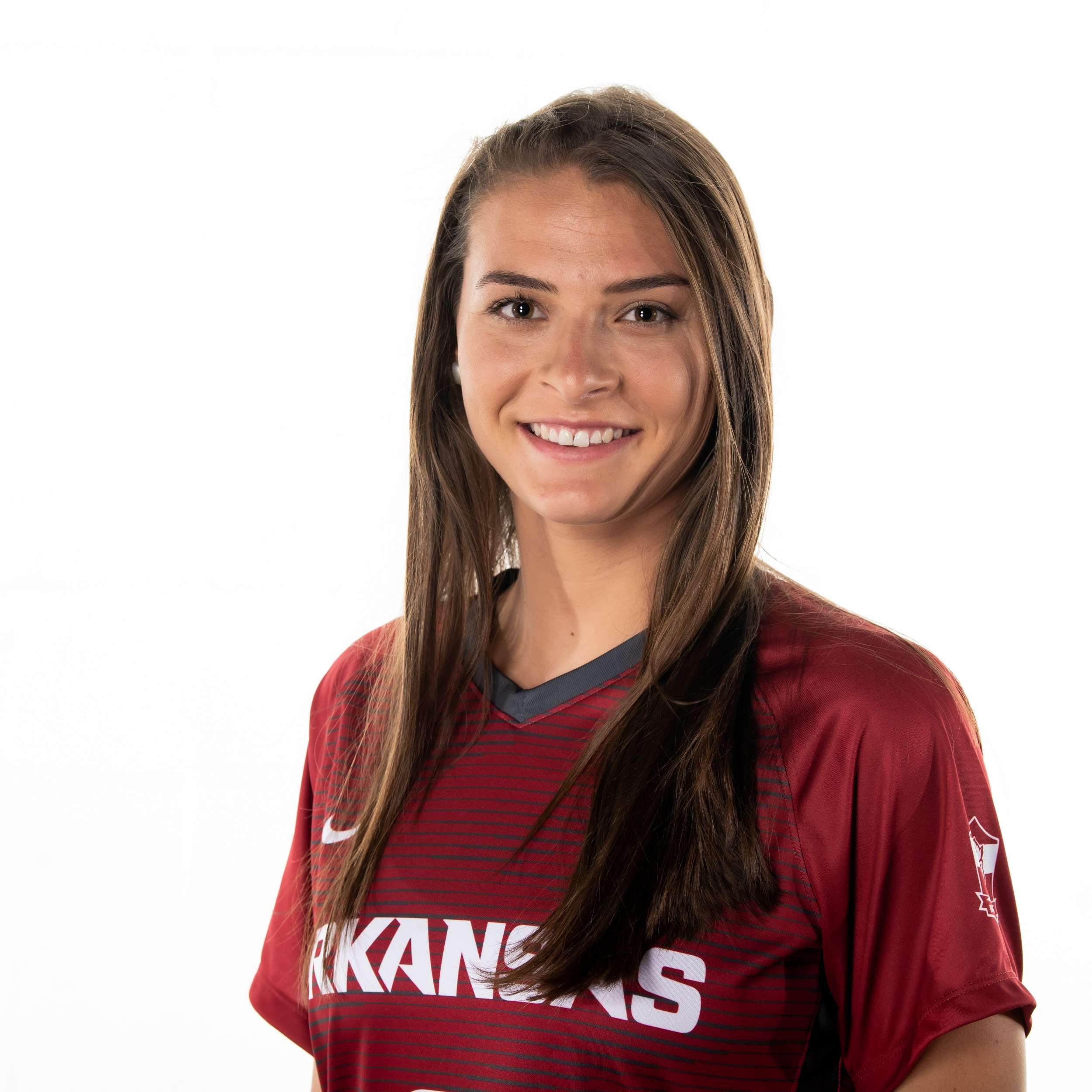 As a Senior (2019)
Played in all 23 matches, starting in a career-high 22 matches for 1515 minutes played … Matched a career-high with 20 points, notching seven goals and six assists … Her seven goals ranked fifth on the team … Tied for second on the team with four game-winning goals, including three in conference play and one in the first round of the NCAA Tournament against North Texas on Nov. 15 … Scored in both NCAA Tournament games against North Texas and in the second round against NC State (Nov. 21) … Put away two goals against Southeast Missouri in Oxford, Miss. on Sept. 1.

As a Junior (2018)
Played in all 23 matches, starting a career-high 21 with 1,394 minutes played … Name to United Soccer Coaches All-Southeast Region Third Team … Named to All-SEC Second Team, her first all-conference honor of her career … Bested her career-highs with 20 points, tying a team-high nine goals with two assists … Also notched 42 shots, 24 coming on goal … Finished third on the team in points (20) and tied for second in game-winning goals (2) … Scored first goal of year on an equalizer at McNeese State (Aug. 26) in 79th minute … Went on to score three more times in next six matches, including once against Florida Atlantic (Sept. 7) and a brace against No. 2 Texas A&M (Sept. 20), the first of her career … Finished season with two braces to name, the second coming vs. LSU (Oct. 4), helping Arkansas to a 2-1 double-overtime victory over the Tigers … Became first Razorback with two or more multi-goal games in a season since Kayla McKeon in 2016 … Scored once in the SEC Tournament vs. Ole Miss (Oct. 30) and once in the NCAA Tournament vs. Little Rock (Nov. 9) … Played a career-high 105 minutes in a scoreless draw at Mississippi State (Oct. 18), finishing with five shots, one coming on goal … Named to SEC Fall Academic Honor Roll, majoring in Kinesiology: Exercise Science.

As a Sophomore (2017)
Played in all 24 matches, starting 20 with 1,558 minutes played … Earned a career-high four points with one goal, a game-winner, and two assists … Also notched 10 shots, four coming on goal … Scored her only goal of the season in the SEC Tournament quarterfinals to help knock off top-seeded South Carolina … Score came off a deflection in the 53rd minute and was one of three shots in the match … Both assists came against Providence (Sept. 10) on back-to-back goals … Played 80 or more minutes in the final six matches of the season, including 103 minutes in the 1-1 tie against Vanderbilt (Nov. 2) in the SEC Tournament semifinals … Played all 90 minutes on the back line in the NCAA First Round matchup at NC State (Nov. 11) … Was a starter on the back line for nine of Arkansas’ 10 shutouts during the year … Named to SEC Fall Academic Honor Roll.

As A Freshman (2016)
Played in eight matches with one start as a true freshman … Finished with three points (1 goal, 1 assist) … Scored first goal of her collegiate career against Northern Iowa (Sept. 1) … Recorded her first assist against James Madison (Aug. 19) … Finished the season with eight shots with seven on goal.

Club
Played for the Tampa Bay United U18 Premier … Ranked as the No. 67 player overall in the country and No. 26 at forward by TopDrawerSoccer.com in 2016 … Program’s first recruit from the Sunshine State … Club honors received include: 2015 State Champions, 2013 Jefferson Cup Champions and 2013 U.S. Club National Champions