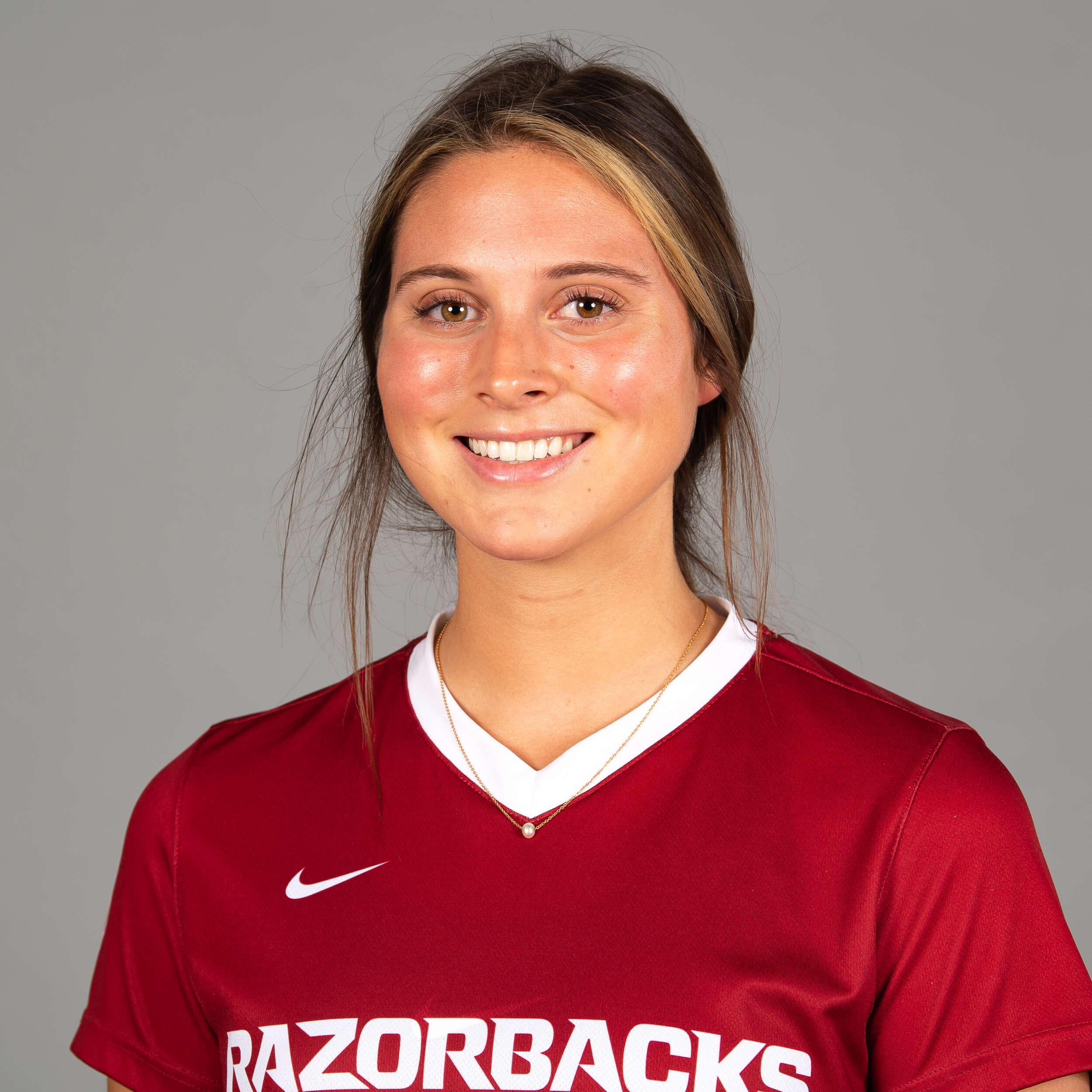 As a Junior (2020-21)
Made an appearance in six matches, including Arkansas’ first round win over Utah Valley in the NCAA Tournament… Netted a goal in the 7-0 victory against Missouri State… Named to the SEC Fall Academic Honor Roll while majoring in Marketing.

As a Sophomore (2019)
Made an appearance in 16 matches … Got a start against Southeast Missouri (Sept. 1), playing a career-high 49 minutes … Played in both NCAA Tournament matches against North Texas (Nov. 15) and NC State (Nov. 21).

As a Freshman (2018)
Played in 13 games, including three in conference … Scored one goal and registered one assist for three points … Also appeared in both NCAA Tournament matches, scoring her lone goal against Little Rock (Nov. 9), while playing a season-high 48 minutes … Picked up her only assist in the season opener against Duquesne (Aug. 17), setting up the game-winning goal for Kayla McKeon in a 1-0 victory … Named to SEC First-Year Academic Honor roll, majoring in Pre-Business.

High School
No. 17-ranked player in her region according to Top Drawer Soccer … Was a first-team 6A All-Region in 2016-17 … Earned first team 9-6A All-District honors in the same season … Also a first team 7-6A All-District midfielder in 2014-15 … Part of undefeated Coppell High School team that went undefeated in 2015 to win the 6A state soccer title.