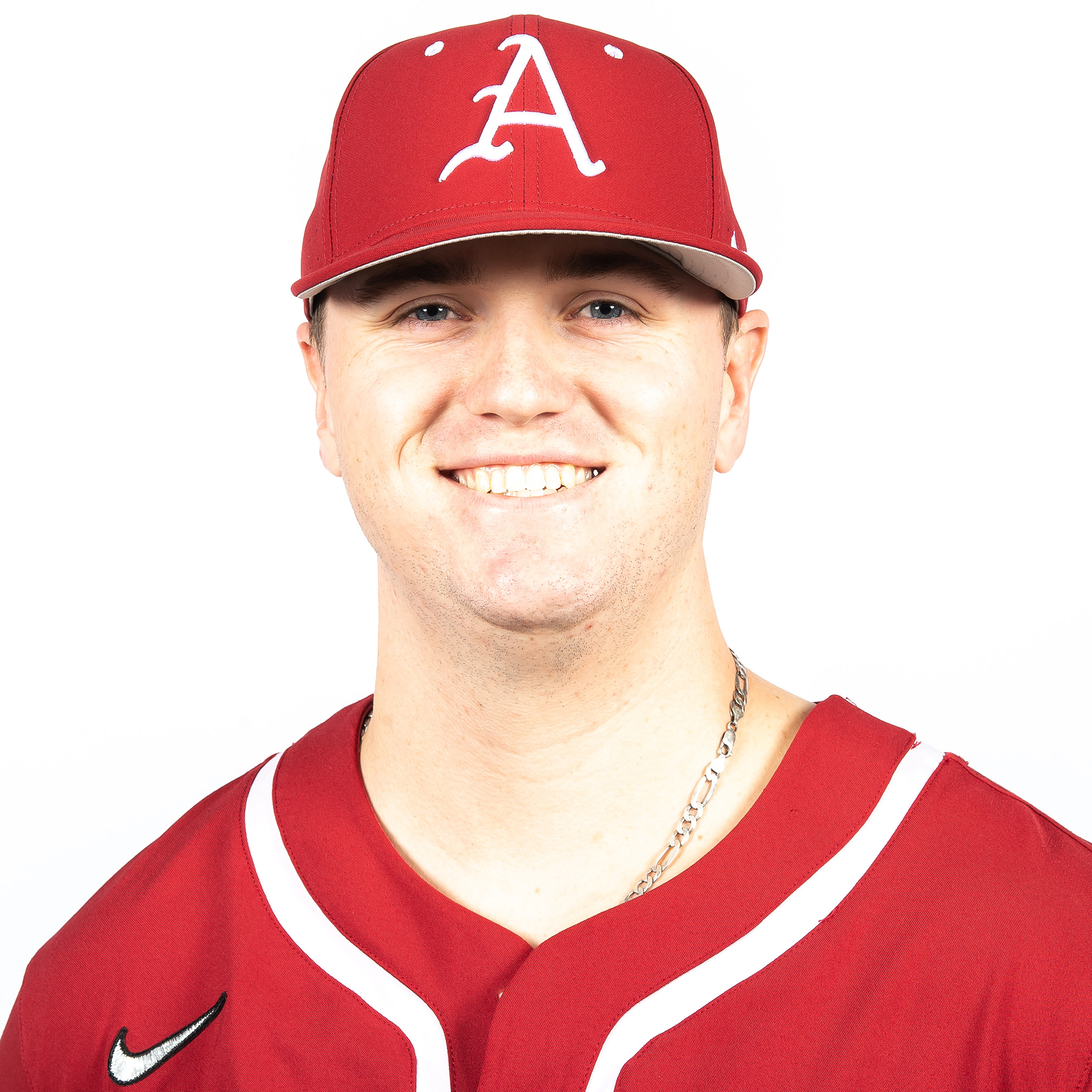 Made 12 appearances, including eight starts, on the mound … Went 2-2 with a 2.59 ERA and one save in 48.2 innings … Struck out 49 batters … Limited opposing hitters to a .198 batting average … Allowed 15 runs (14 earned) on 34 hits and 23 walks on the year … Turned in two quality starts … In SEC play, made three appearances with one start … Posted a 3.48 ERA in 10.1 innings with 11 strikeouts … Season debut came in game two of a doubleheader against UAPB (April 12), throwing three scoreless innings with five strikeouts in his first start of the year … Started against Arkansas State (April 20) and struck out five over 4.2 innings of one-run ball … Earned his first quality start of the year against UCA (April 26) in North Little Rock, Ark., at Dickey-Stephens Park, fanning four over six innings … Made his SEC debut at No. 19 Auburn (May 8), emerging from the bullpen to throw 3.1 inning of one-run ball with four strikeouts … Tossed three scoreless innings in relief against No. 24 Vanderbilt (May 14), punching out three and earning the save … Made his first SEC start at Alabama (May 19), striking out four over four innings of three-run ball … In the NCAA Tournament, made four appearances with two starts on the mound … In the NCAA Chapel Hill Super Regional, threw 5.2 scoreless innings with four strikeouts at No. 11 UNC (June 12) to help Arkansas advance to the College World Series … Delivered his most dominant outing of the season in the College World Series vs. No. 25 Auburn (June 21), working a season-long seven innings and striking out a season-high nine while allowing just one run on three hits … Member of a Razorback pitching staff that set a new school record with 674 strikeouts in 2022.

Freshman (2020)
Started one game and came out of the bullpen in another as a freshman in 2020 … Recorded a 1.12 ERA and finished with a 1-0 record after working 8.0 innings … Allowed just one run on seven hits, striking out seven … Retired the first batter he faced in his one relief outing … Made first career appearance on March 7 against South Alabama … Struck out four in the outing, retiring all six batters he faced … Struck out the side in the seventh inning on 10 pitches … Made his first start on March 10 against Grand Canyon … Pitched 6.0 innings of one-run ball, allowing six hits and no walks, while striking out three … Earned his first career win … Only two of the 22 batters had counts reach three balls … Part of a pitching staff that finished with a 3.68 ERA and 143 strikeouts over 142.0 innings of work.

High School
Attended Bryant High School in Bryant, Ark. … Rated as the No. 5 right-handed pitcher and the No. 10 overall prospect in the state of Arkansas by Perfect Game … Named a top-500 player by PG … Played prep ball for the Bryant Black Sox … 2019 PG Preseason All-American – Southeast Region Honorable Mention … 2018 PG Preseason Underclass All-American Honorable Mention … 2017 16U Perfect Game – East Cobb Invitational All-Tournament Team … Earned All-State honors as a junior at Bryant HS after recording a 1.60 ERA over 48.0 innings, with 64 strikeouts … Posted a 7-1 record during summer after junior year with the Bryant Black Sox, putting together a 2.15 ERA with 68 strikeouts over 61.2 innings.