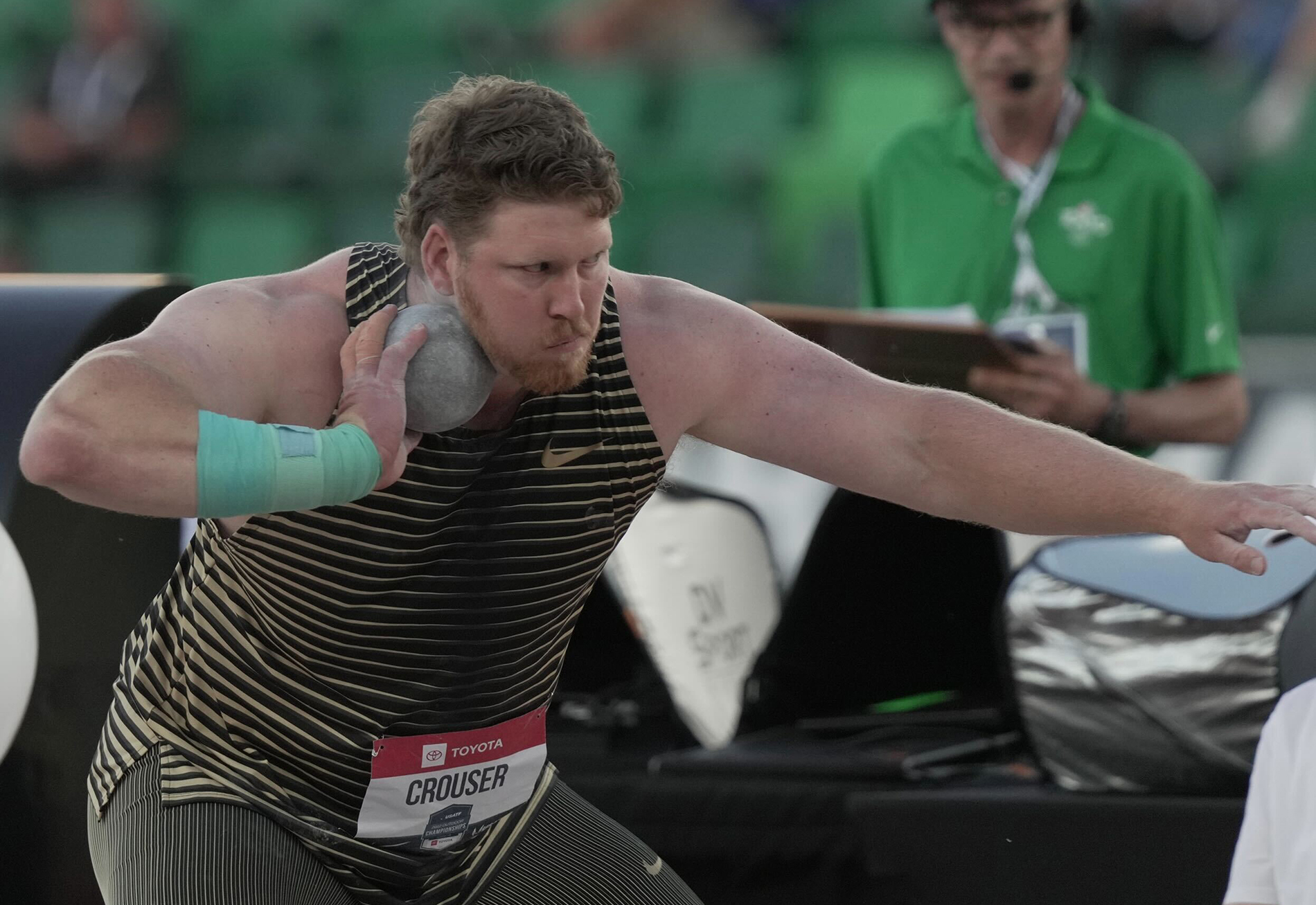 EUGENE – Competing in his home state often brings out the best in Ryan Crouser, a volunteer assistant with the Razorbacks, and he delivered once again on Friday with a winning mark of 75 feet, 10.25 inches (23.12) to better field by nearly 10 full inches.

Competing in the Jamaica Championships this weekend, Arkansas alum Kemar Mowatt finished second in the 400m hurdles with a time of 48.53 behind a 48.51 for Jaheel Hyde to earn a trip to Eugene for the World Championships.

In the USATF U20 Championships, Arkansas freshman Connor Washington claimed a bronze medal with a season best of 10.29 in the 100m. In the prelims, he posted a time of 10.33.

Washington was just 0.01 from the runner-up position of 10.28. The top two in each event advances to the World U20 Championships in Cali, Colombia, if they have met the world standard.

Competing in the 200m on Saturday, Washington will likely be considered for relay duty with Team USA from his third-place performance in the 100m.

Brandon Battle advanced to the final of the U20 400m, running 47.35 to finish third in the prelim heat.

Another career best effort was supplied by James Benson II in the 400m semifinal as he improved to 45.36, No. 6 on UA all-time list, while placing fifth in the second heat. The last time qualifier was 45.33 from the first heat as Benson finished ninth overall.