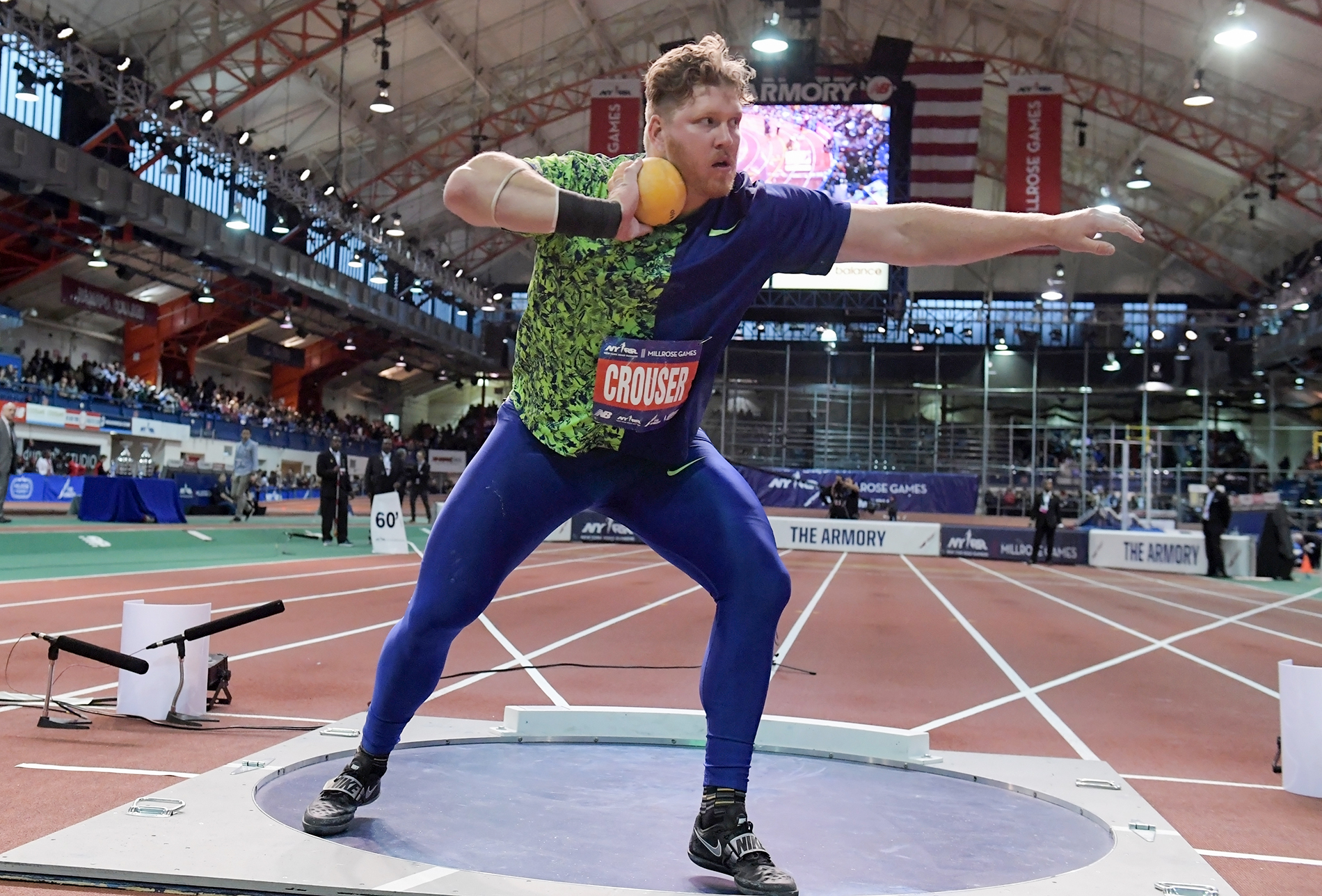 The winning toss by Crouser, who is in his second year as a volunteer assistant with the Razorbacks, also generated the best shot put mark ever produced in the month of December. The previous best mark in December was 70-5 ¼ (21.47) set in 2001 by Janus Robberts of South Africa, who was competing for SMU in Norman, Oklahoma.

In the history of indoor shot put competitions, including secondary marks by the same person, there are 112 indoor marks at 71-2 ¾ (21.71) and better. Crouser produced six of those marks in this competition.

His 74-1 effort on Saturday marks the 44th shot put performance to surpass the 74-foot barrier all-time indoors and outdoors, including marks from a series, and Crouser owns 22 of those performances. East Germany’s Ulf Timmermann is second to Crouser with five efforts over 74 feet.